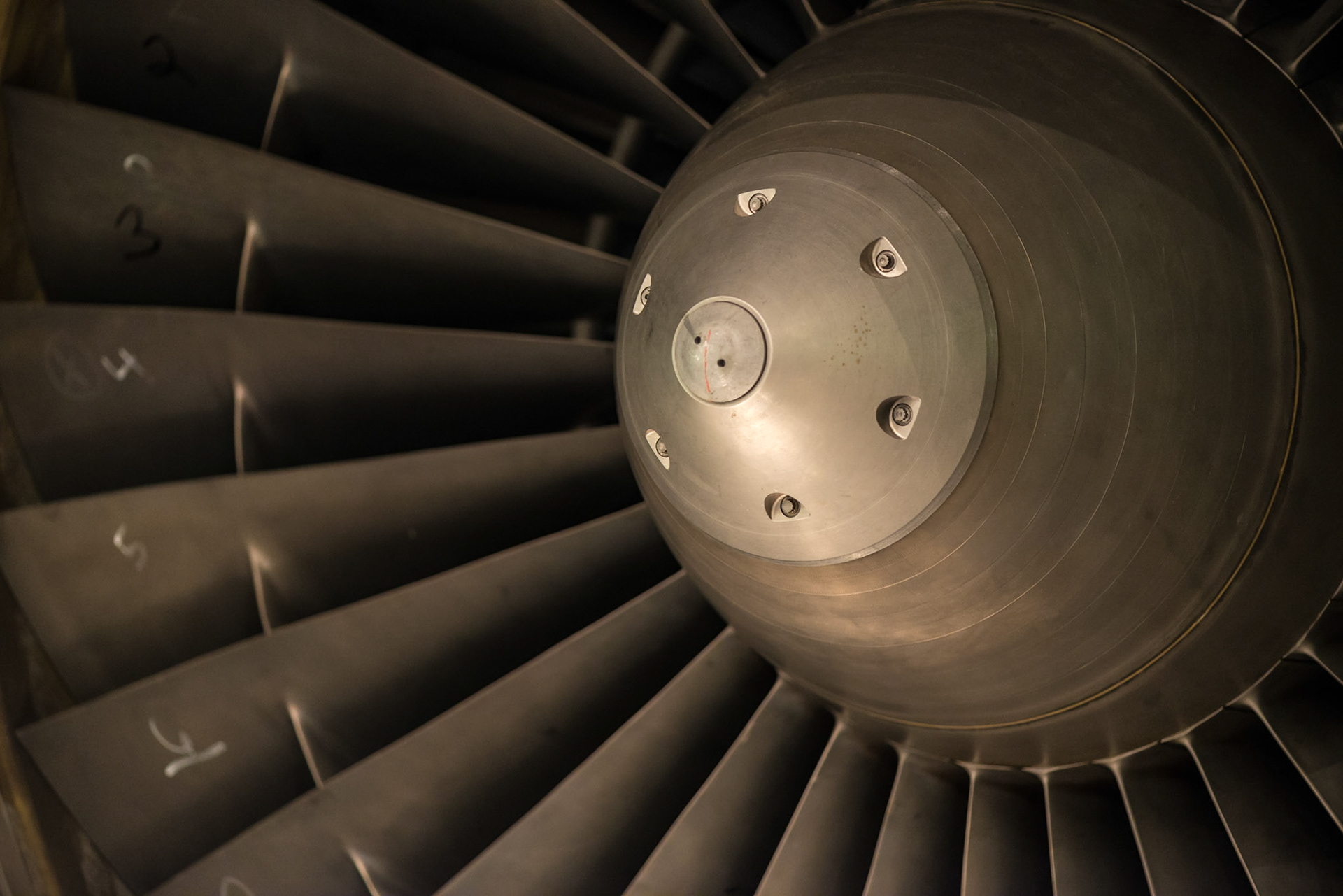 The concentric circles in the midst of leading lines formed by the fins are the basis of this composition. The numbering on the fins also adds interest. 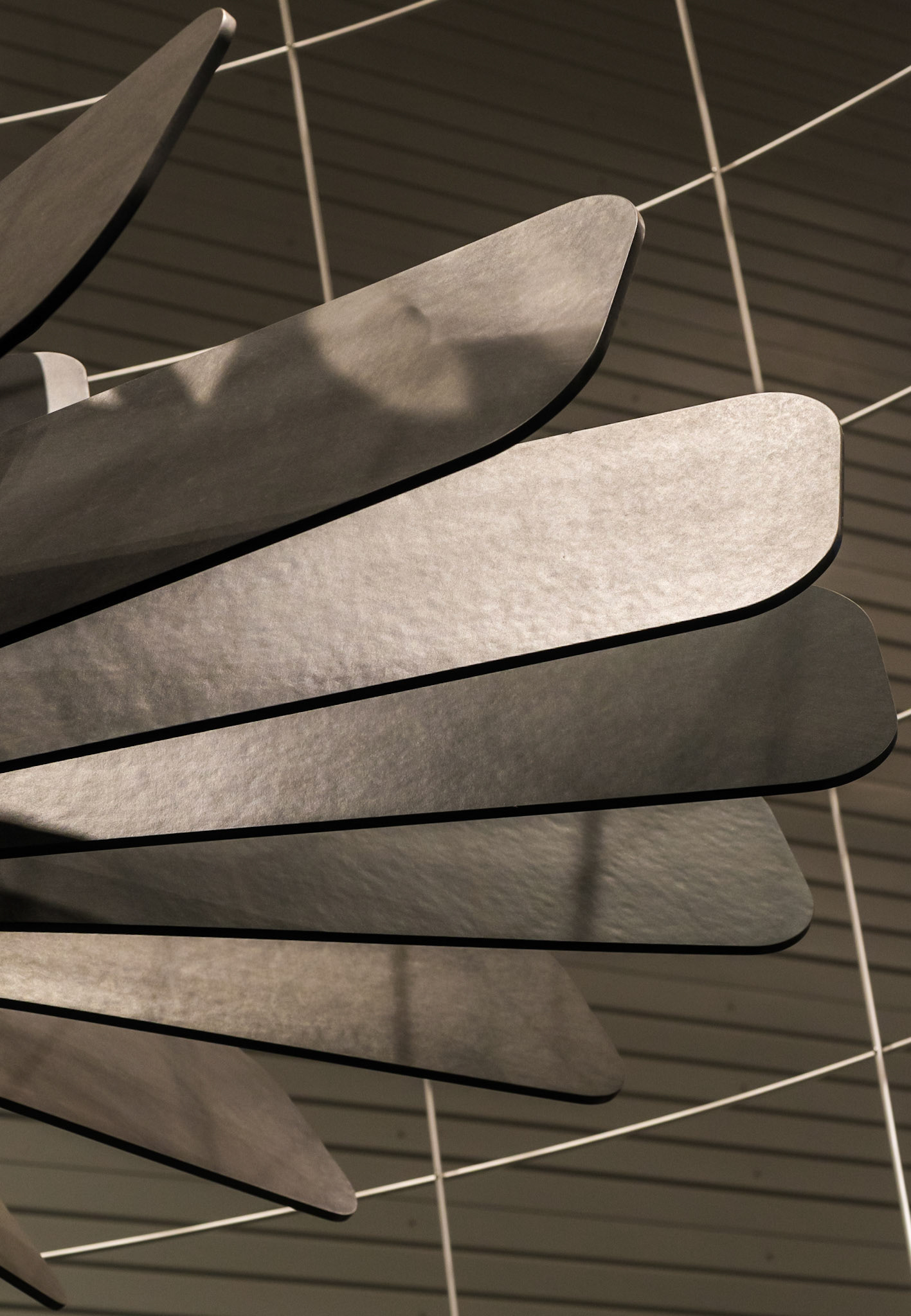 This is actually part of a large artistic display at the museum, but what caught my attention were the different tones of the "fins" in the midst of lines formed by the enclosing "cage" and on the background wall. 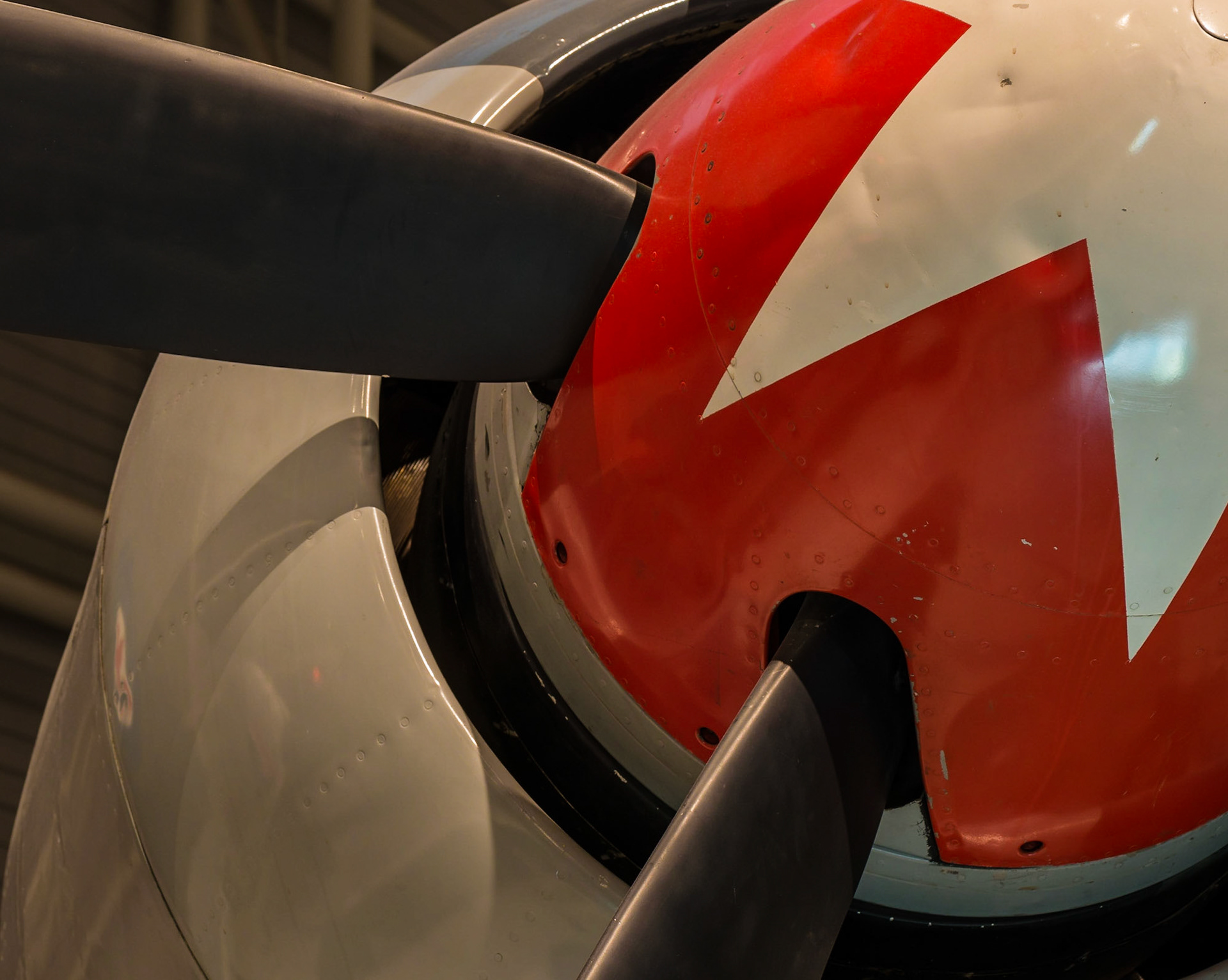 The bold red colour grabs the eye here and is supported by leading lines from the propellers. 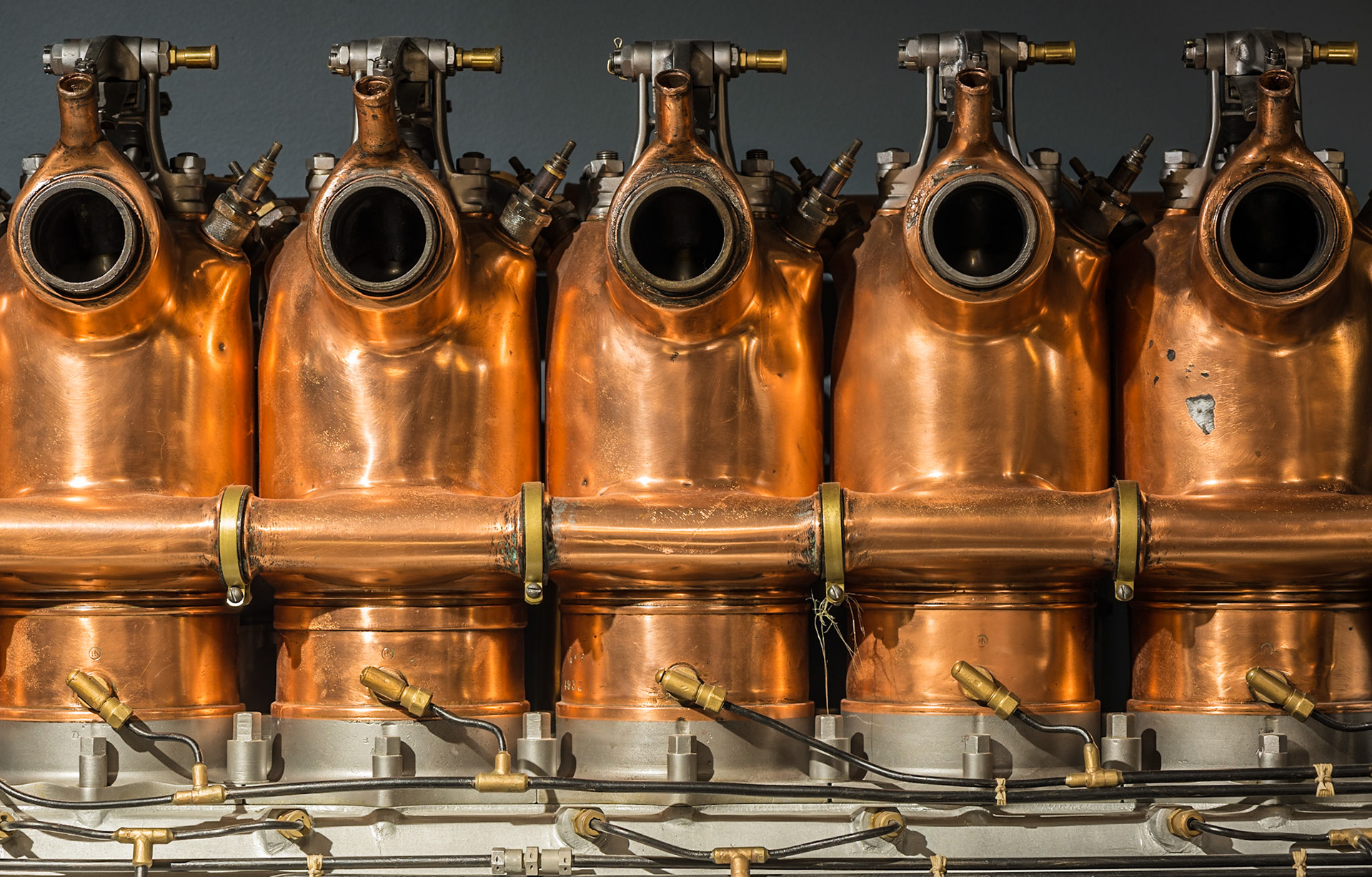 There are several engines on display at the museum, but I found this one particularly attractive because of the stunning copper colour. 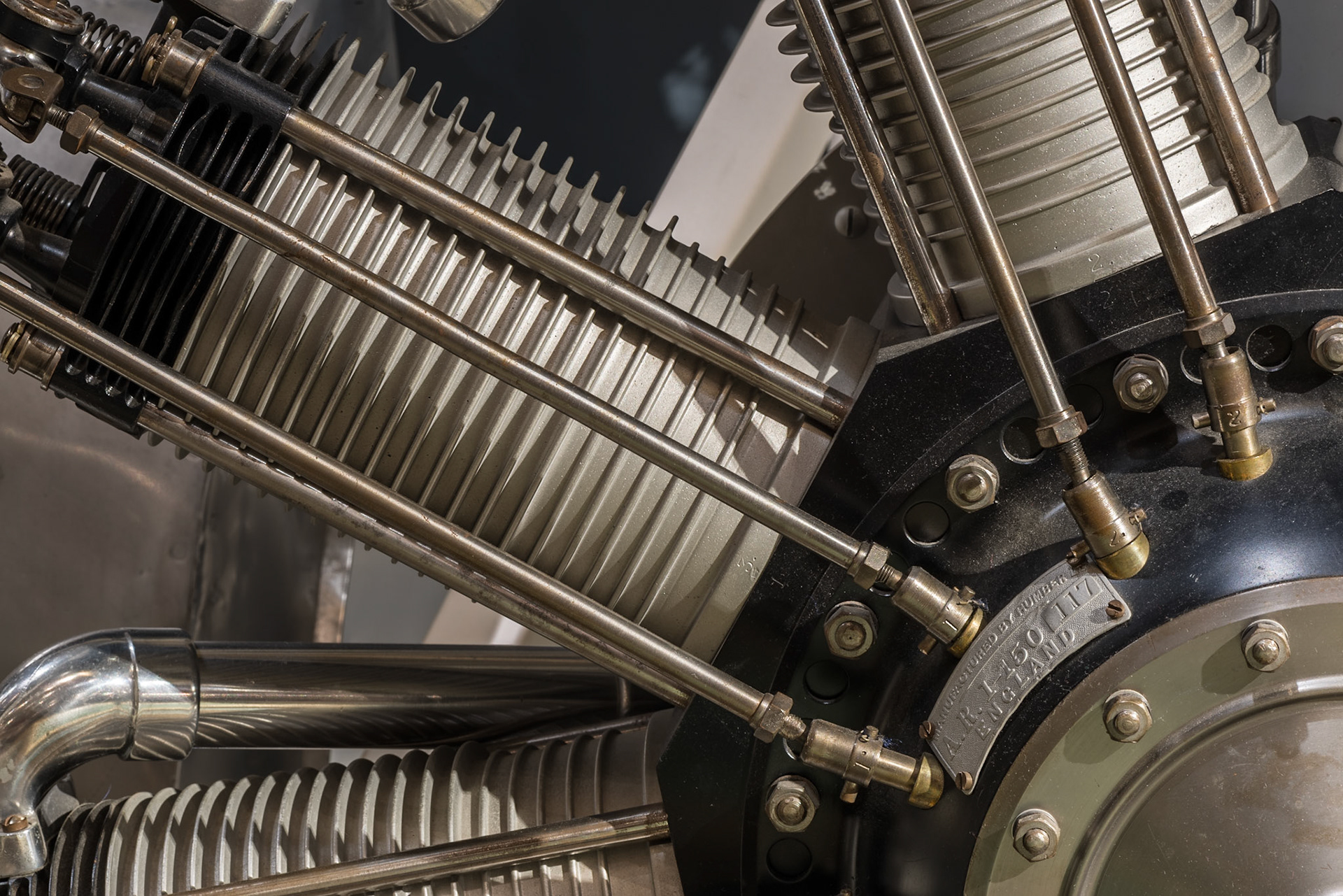 This is another of the engines at the museum, where I've sought to draw attention to the circular shapes and radiating lines. 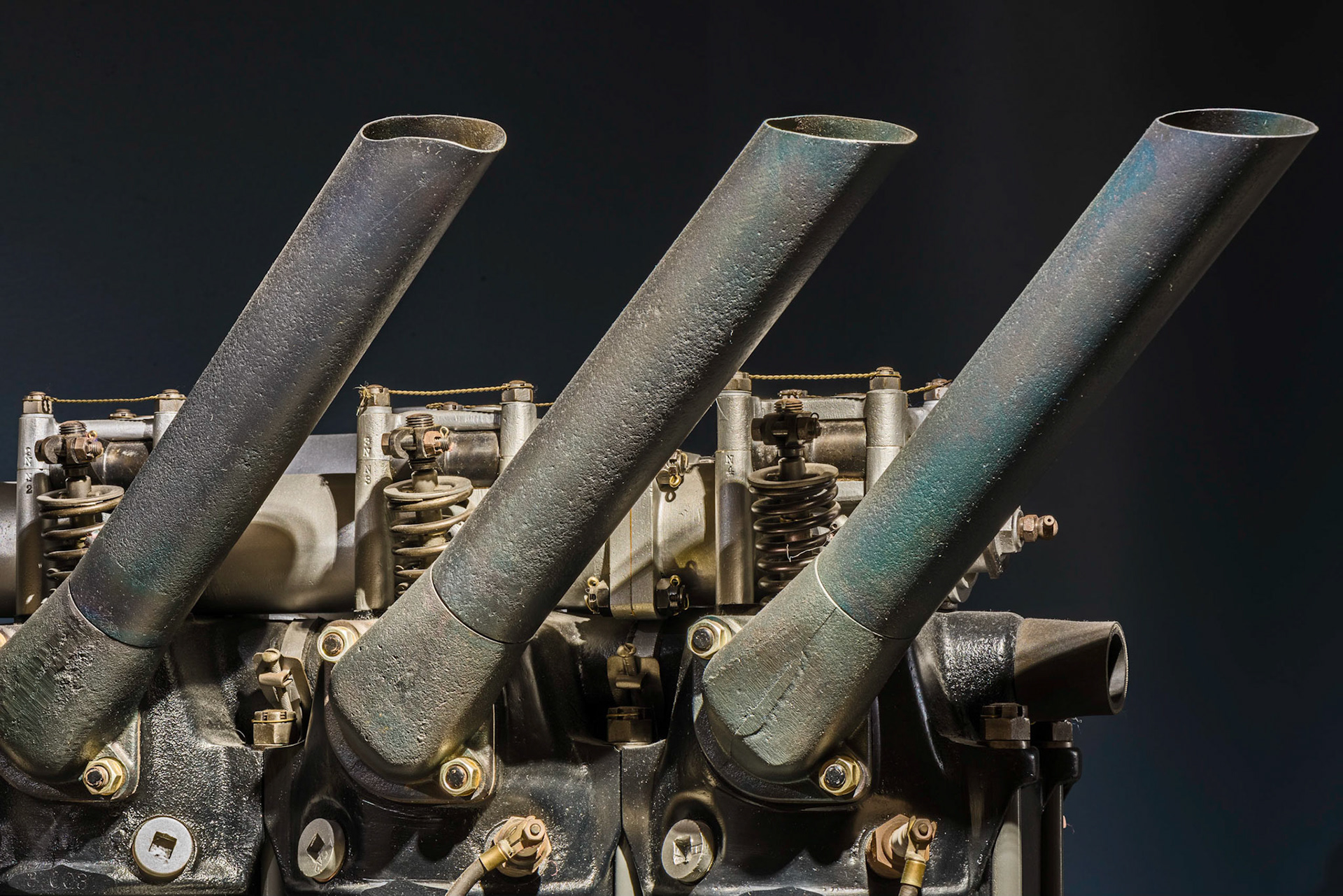 This engine was part of a display and what particularly interested me was the discolouring caused by the hot exhaust. 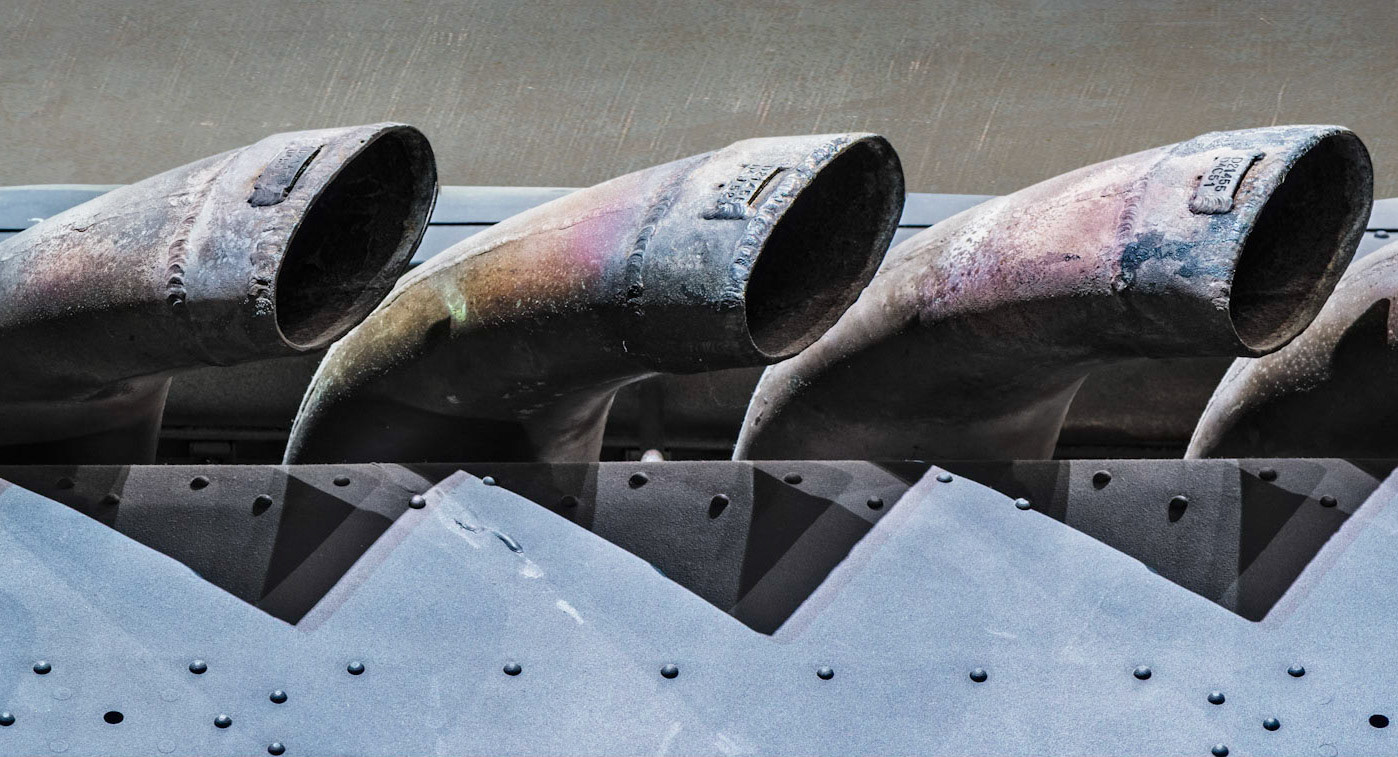 This is only one small part of a complete Lancaster bomber at the museum. The discolouring of the metal and the triangular shapes formed by the shadows are what caught my eye. 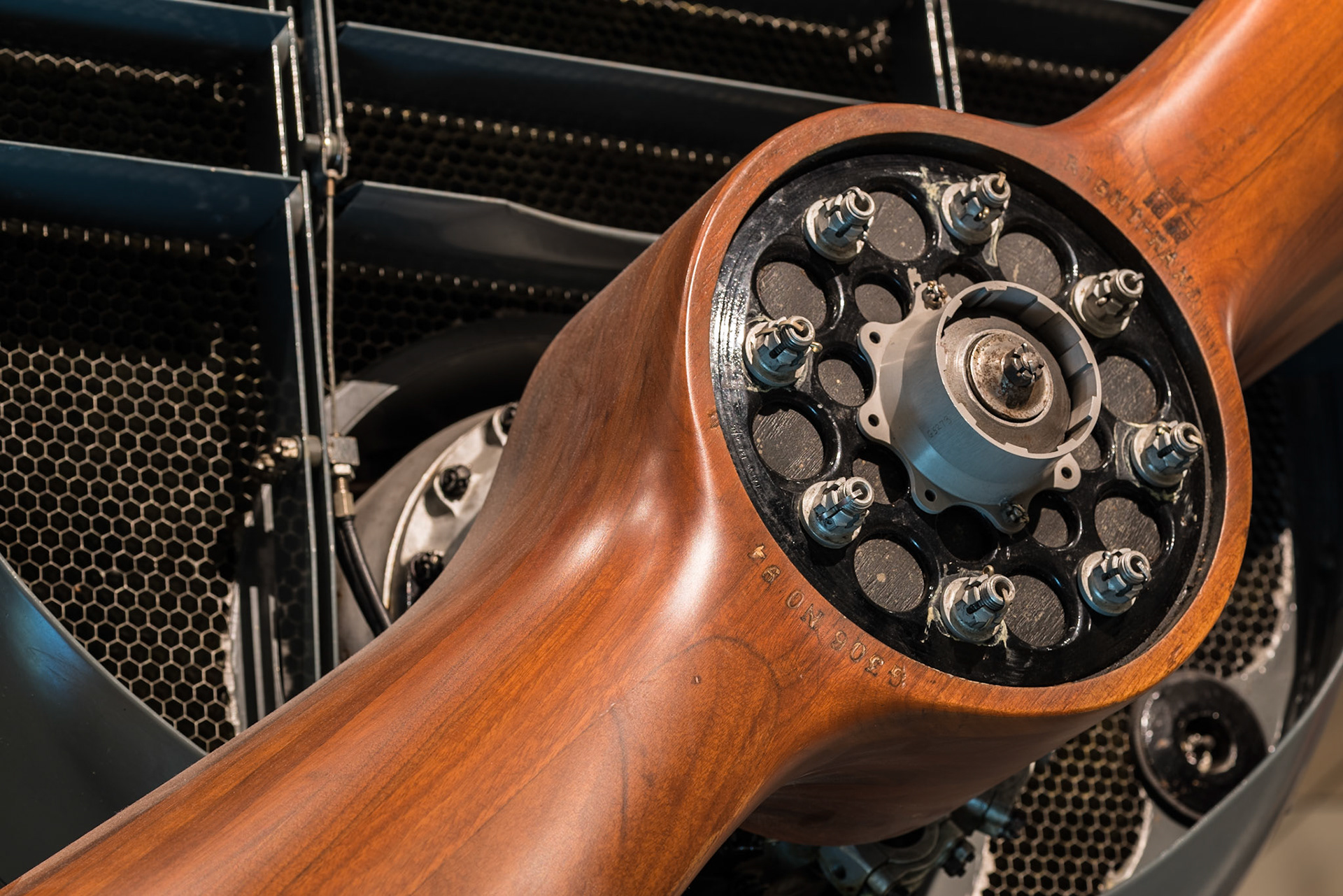 Many vintage aircraft are on display at the museum, and harken back to an era of craftmanship. The beauty of the wood is the main feature of this propeller.