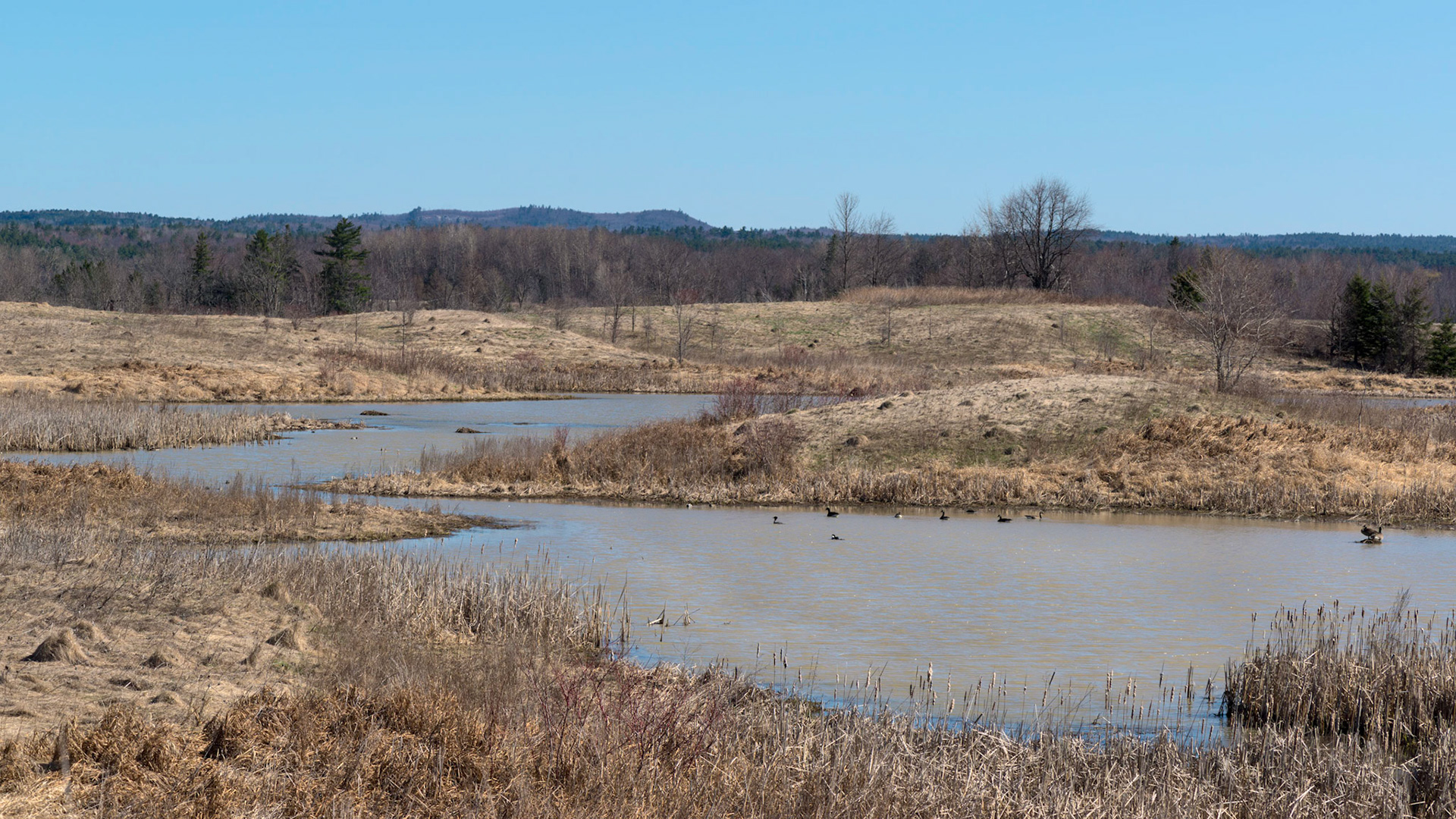 Plaisance Park has a large blind for viewing birdlife, and this was the view during our visit. Rather a mundane scene, but I liked the compositional arrangement of the water and distant hills.

A feature of the park is a large boardwalk above an area of water. This view emphasizes the horizontal striations of the trees, marshes and wind-blown water. 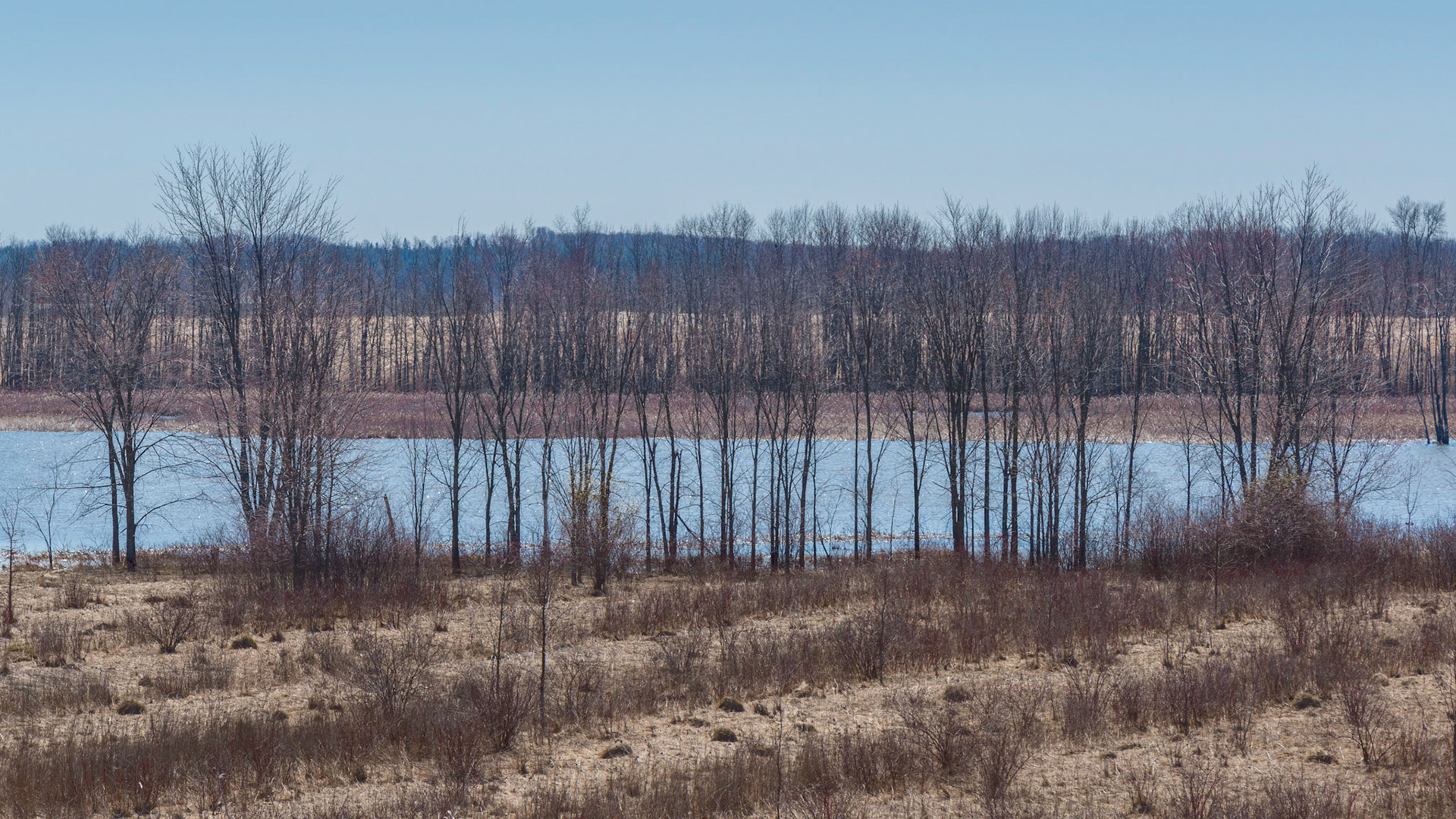 A bicycle trail provided a handy means for exploring part of the park. Here, my eye, was attracted by the pastel colours, horizontal layers, and the diagonals in the foreground. 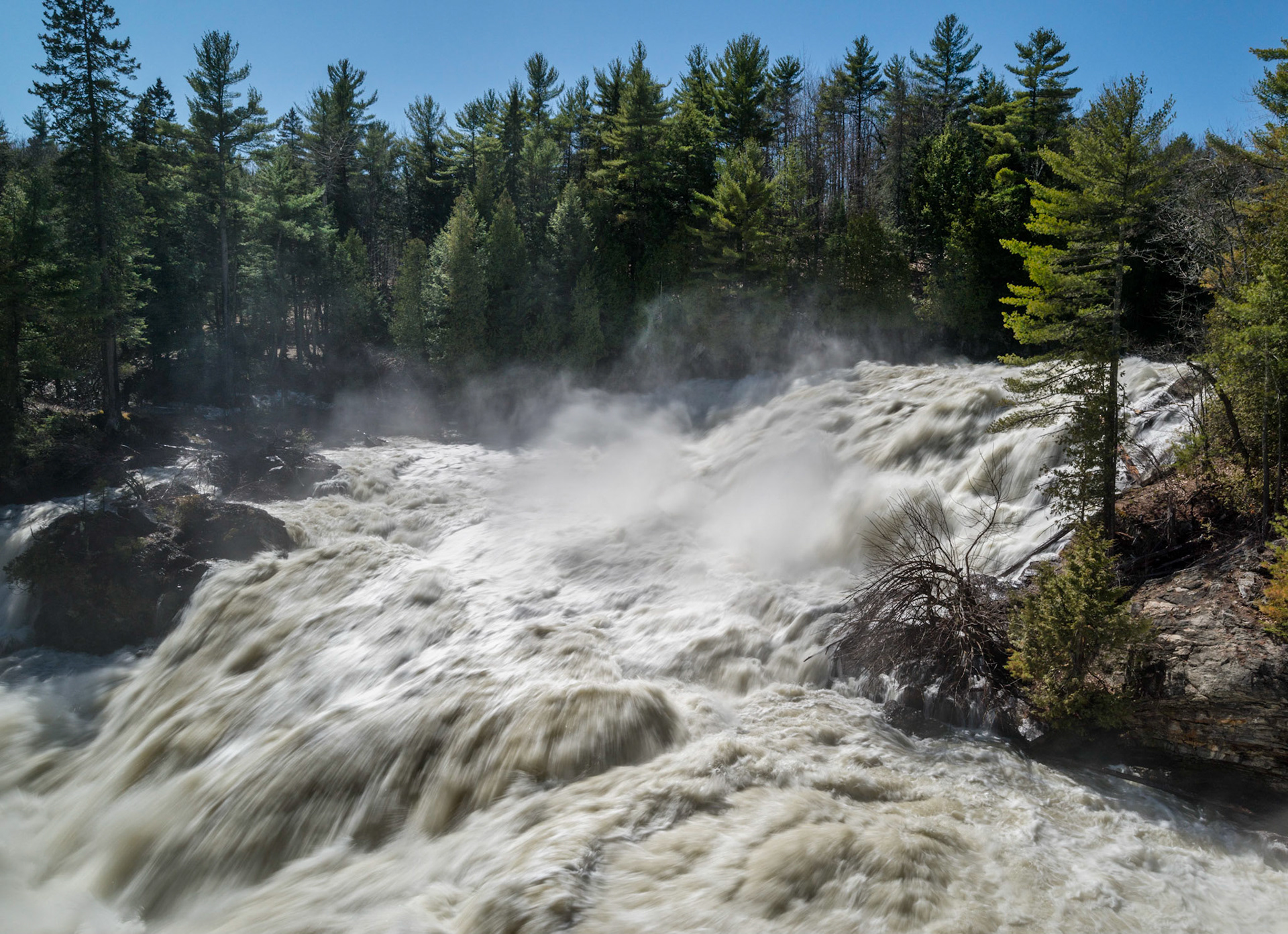 Long exposures are often used with moving water. This view was taken at a fairly conventional 1/13 sec speed. 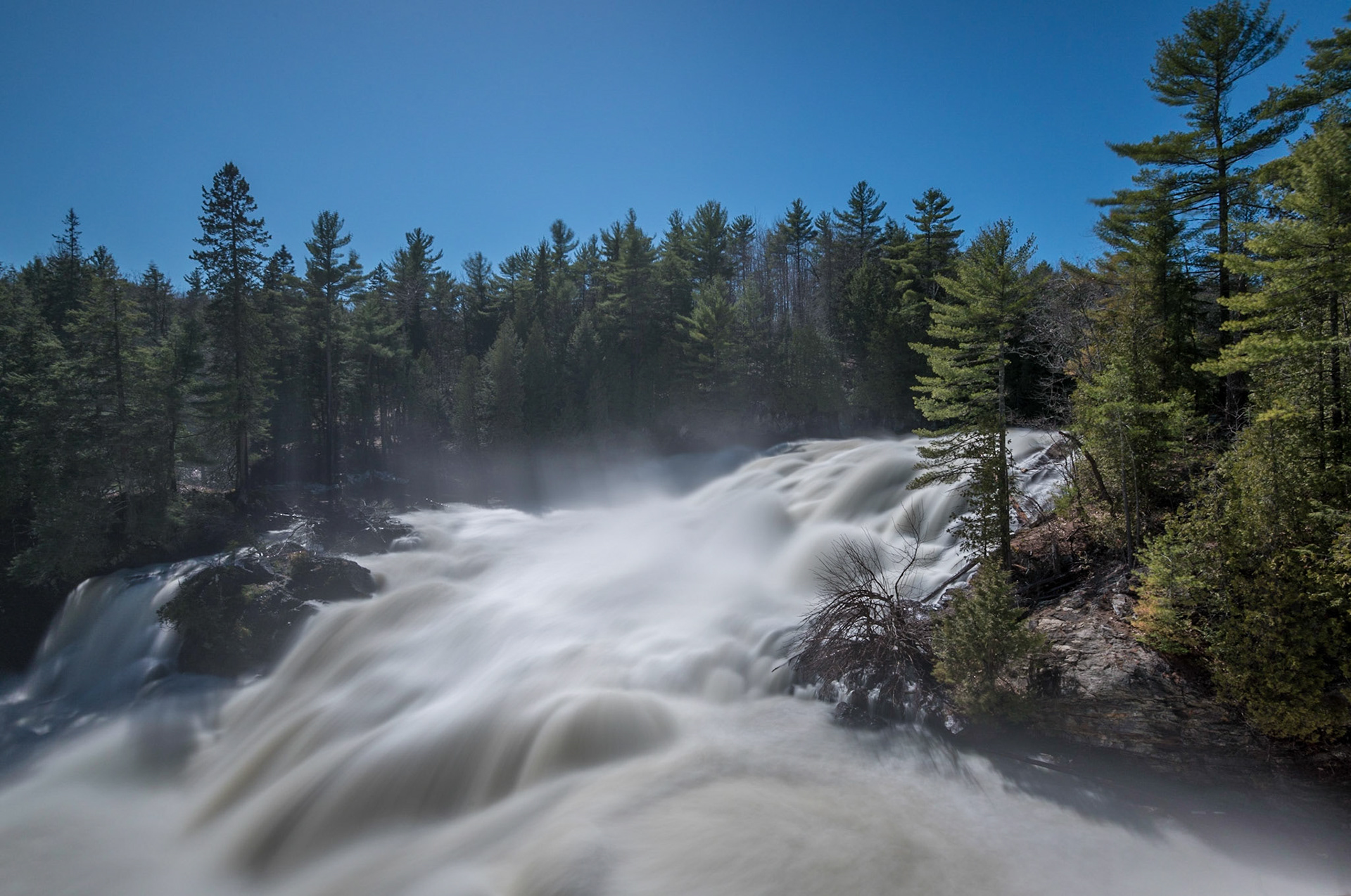 Super long exposures are not typically used on waterfall subjects, but I happened to have a 10 stop ND filter with me. This is an 8 sec exposure. 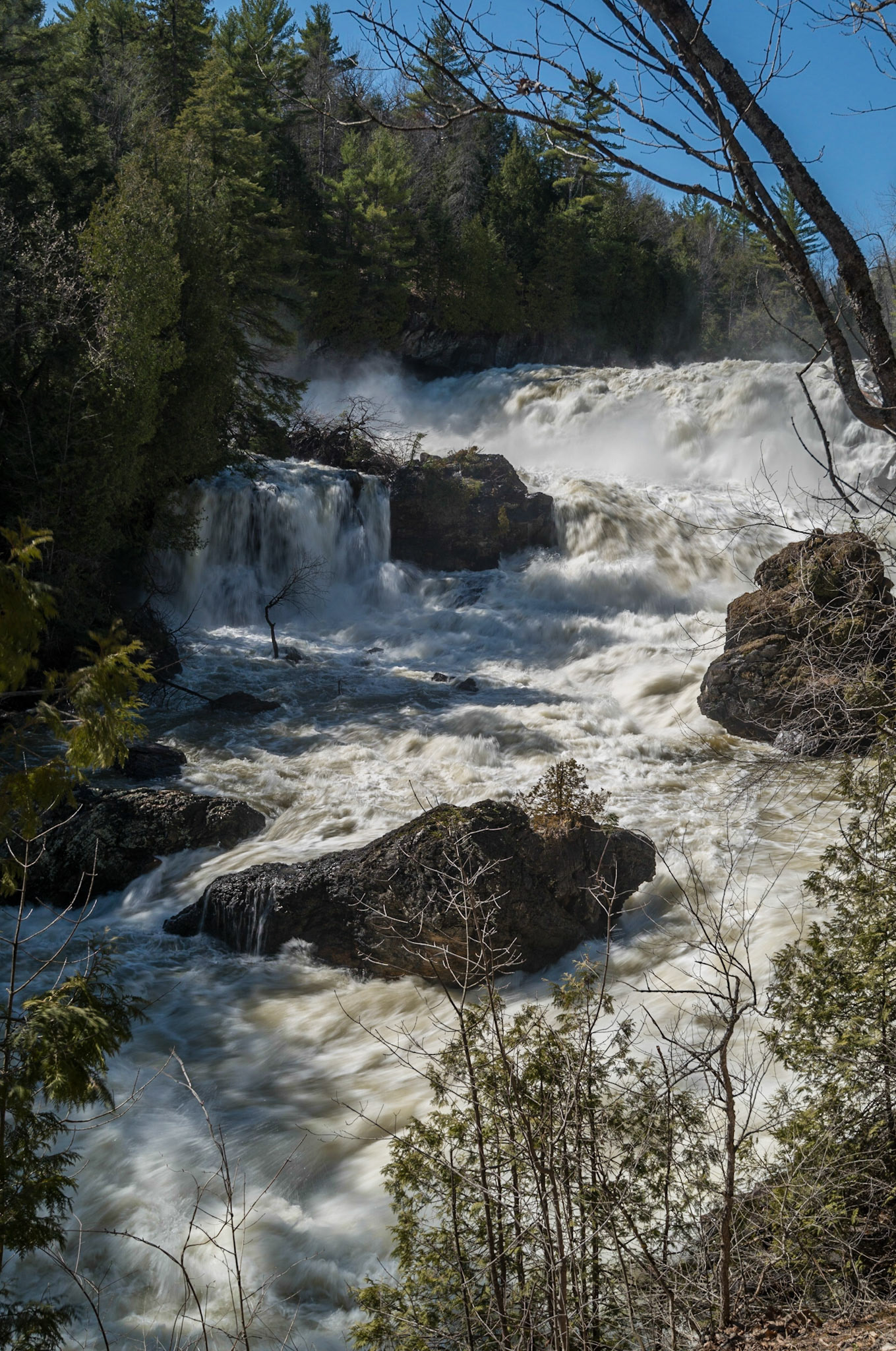 Taken near the bottom of the falls, this is a view upriver. 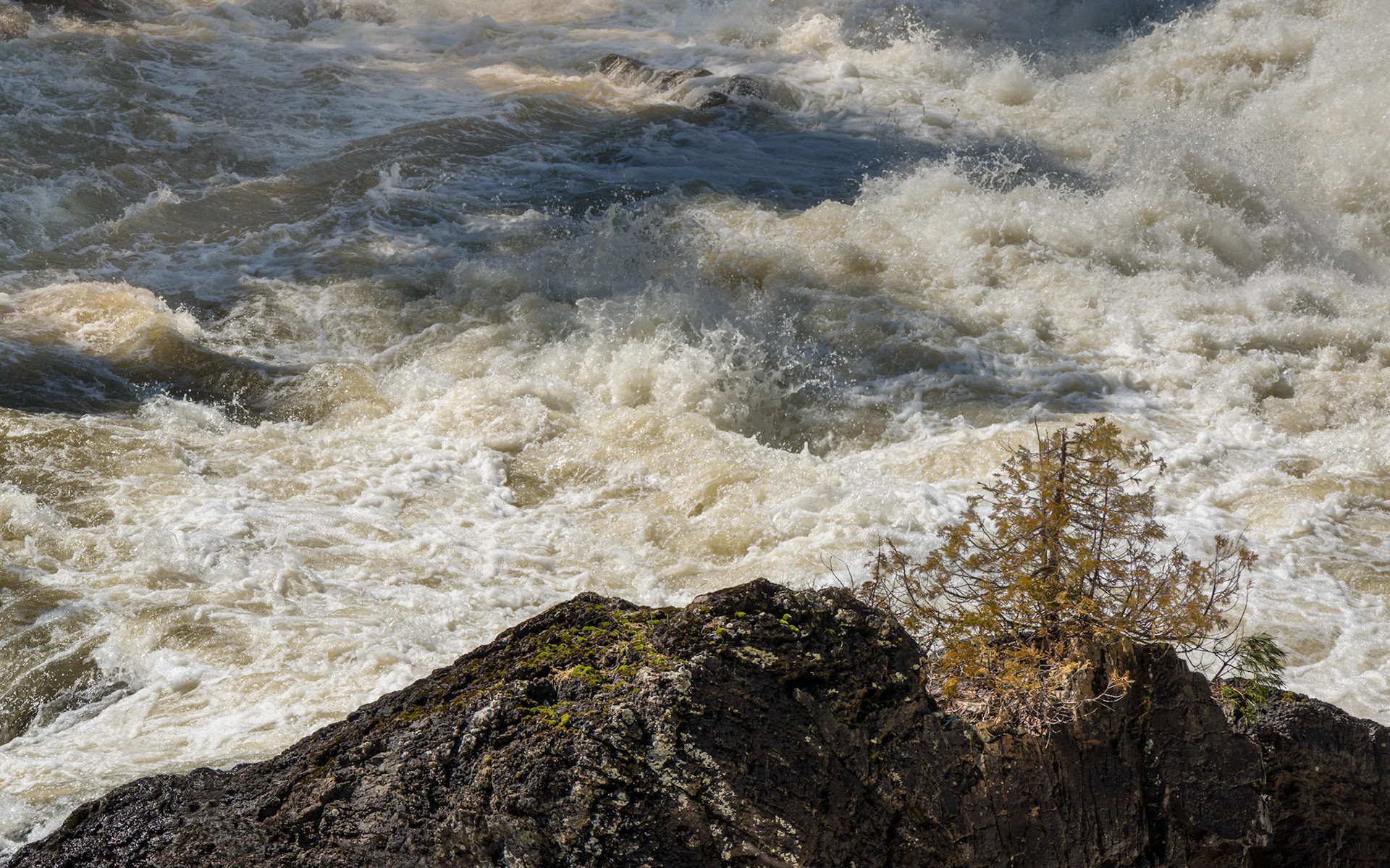 Trees are often found struggling for existence in inhospitible places, such as this poor fellow. 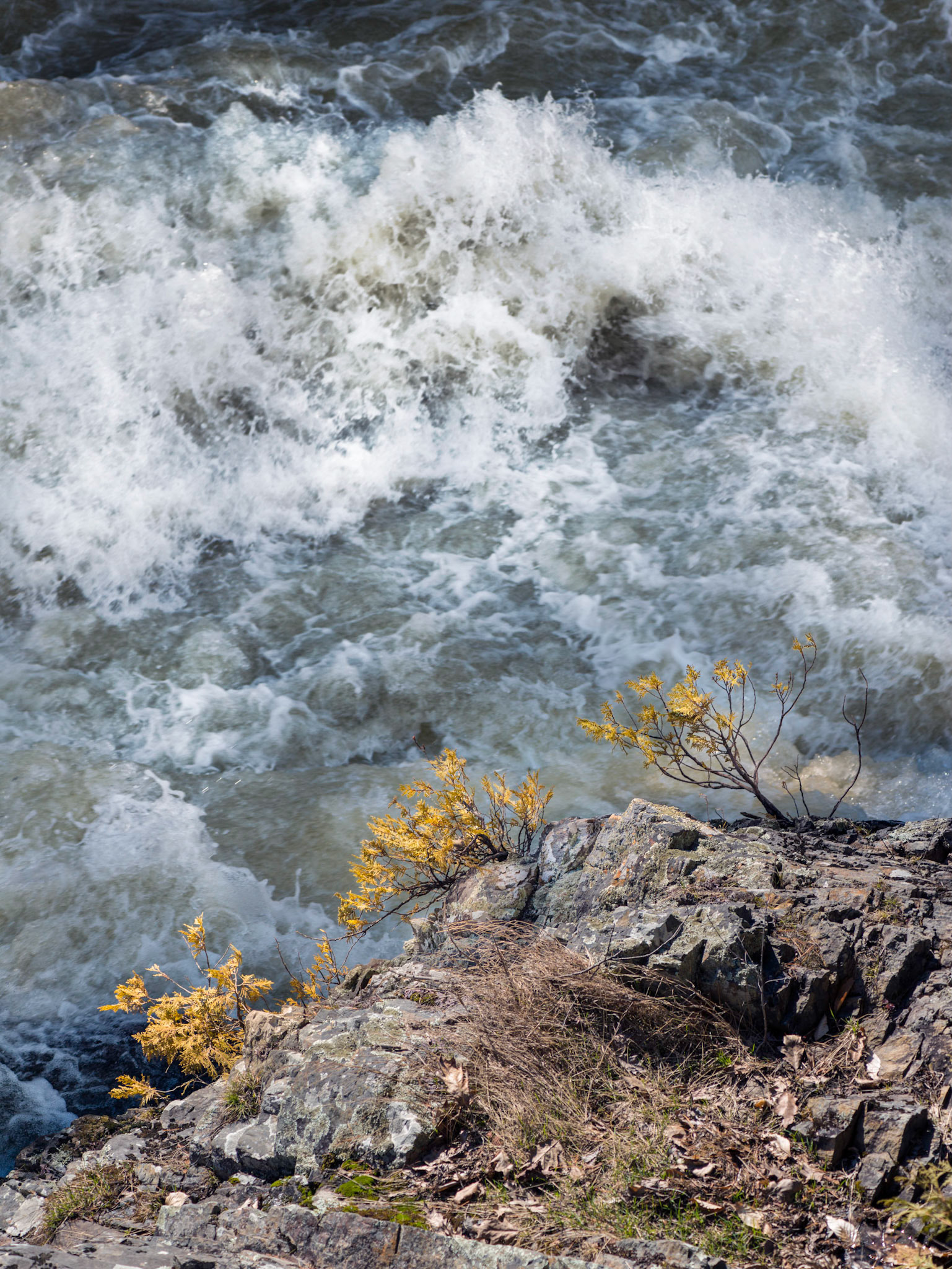 This was composed to emphasize the three plants, with the shape of the wave echoing that of the foreground and framing the plants, and with the yellow leaves set against the blue sky reflected in the water.