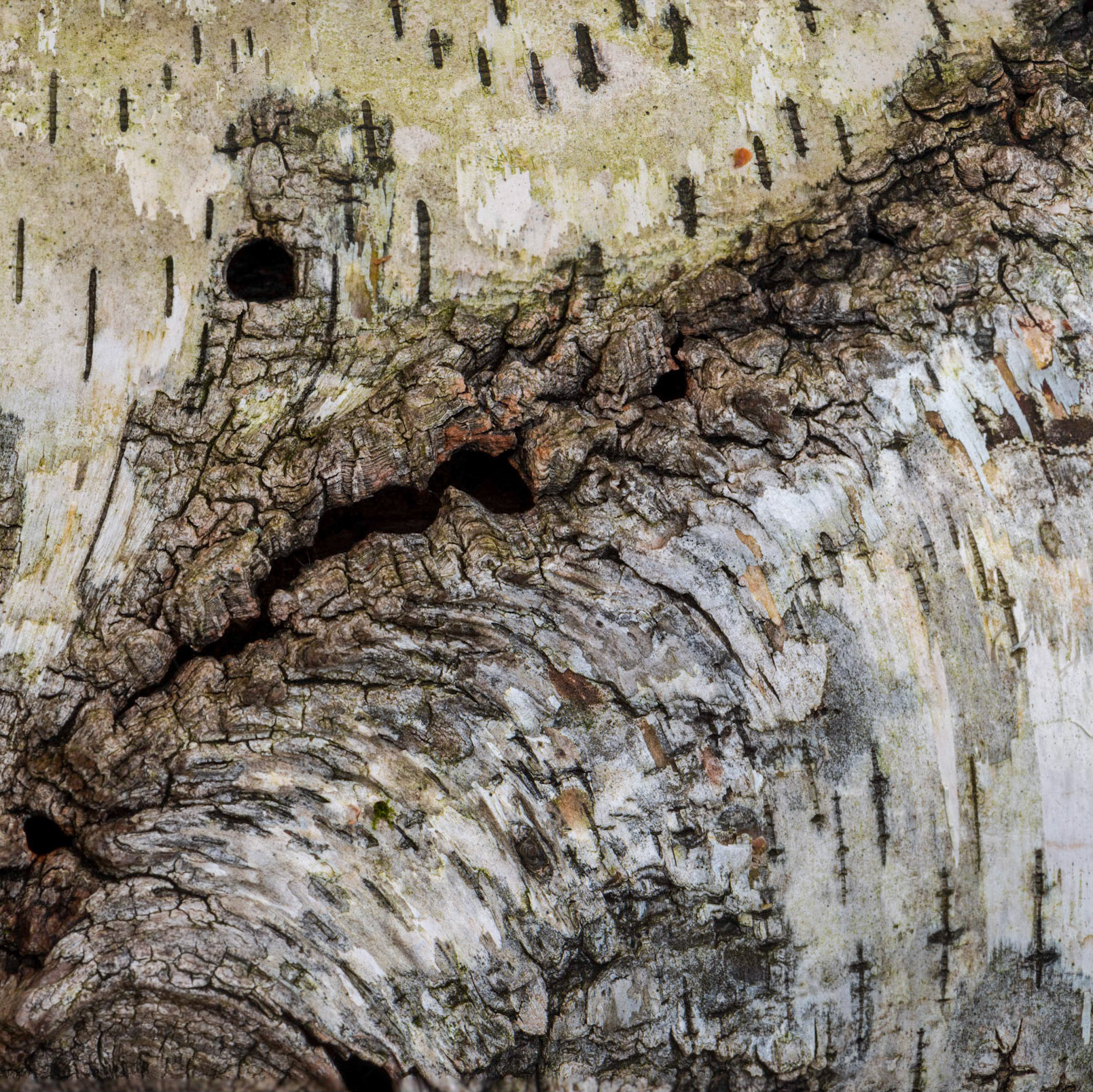 As humans, we are programmed to look for faces, since that's how we distinguish friends from foes. But that means we often see faces where where there are none. 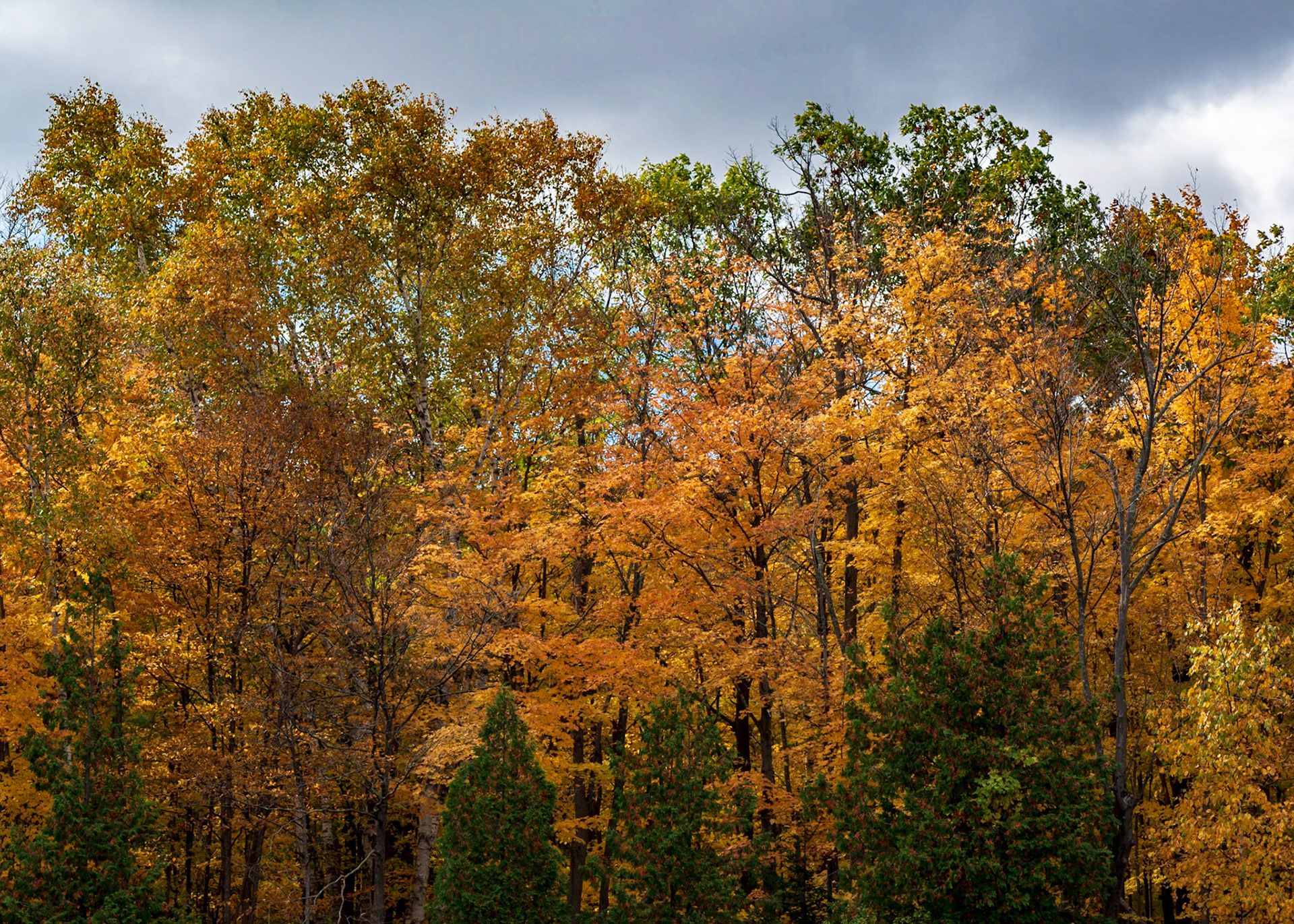 Sun breaking through the clouds helped to create this shot, featuring the contrasting colours yellow/orange and blue. 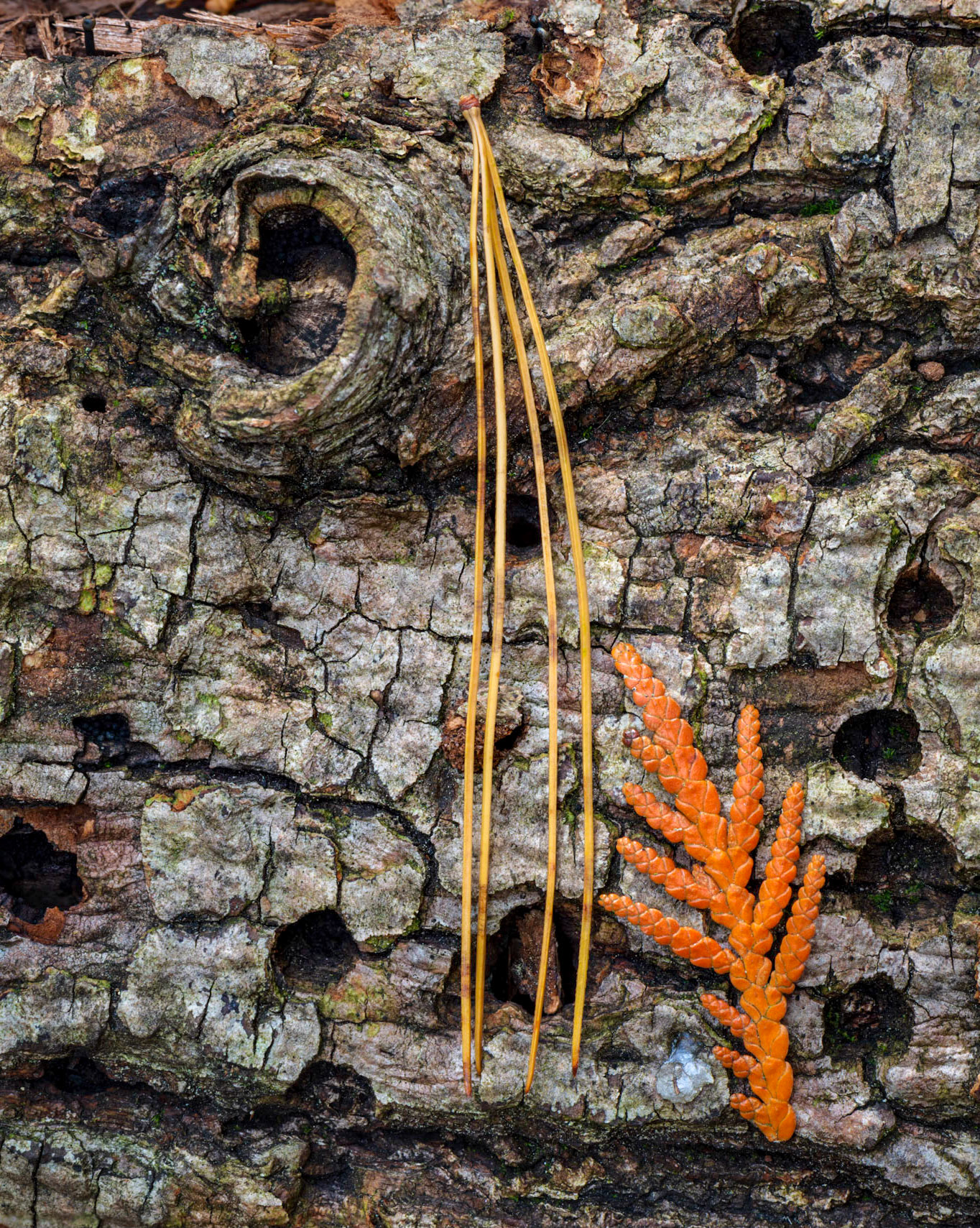 The needles divide the frame into two halves, and there are interesting subjects in each half. As a bonus, the orange leaf points towards the knot in the wood. 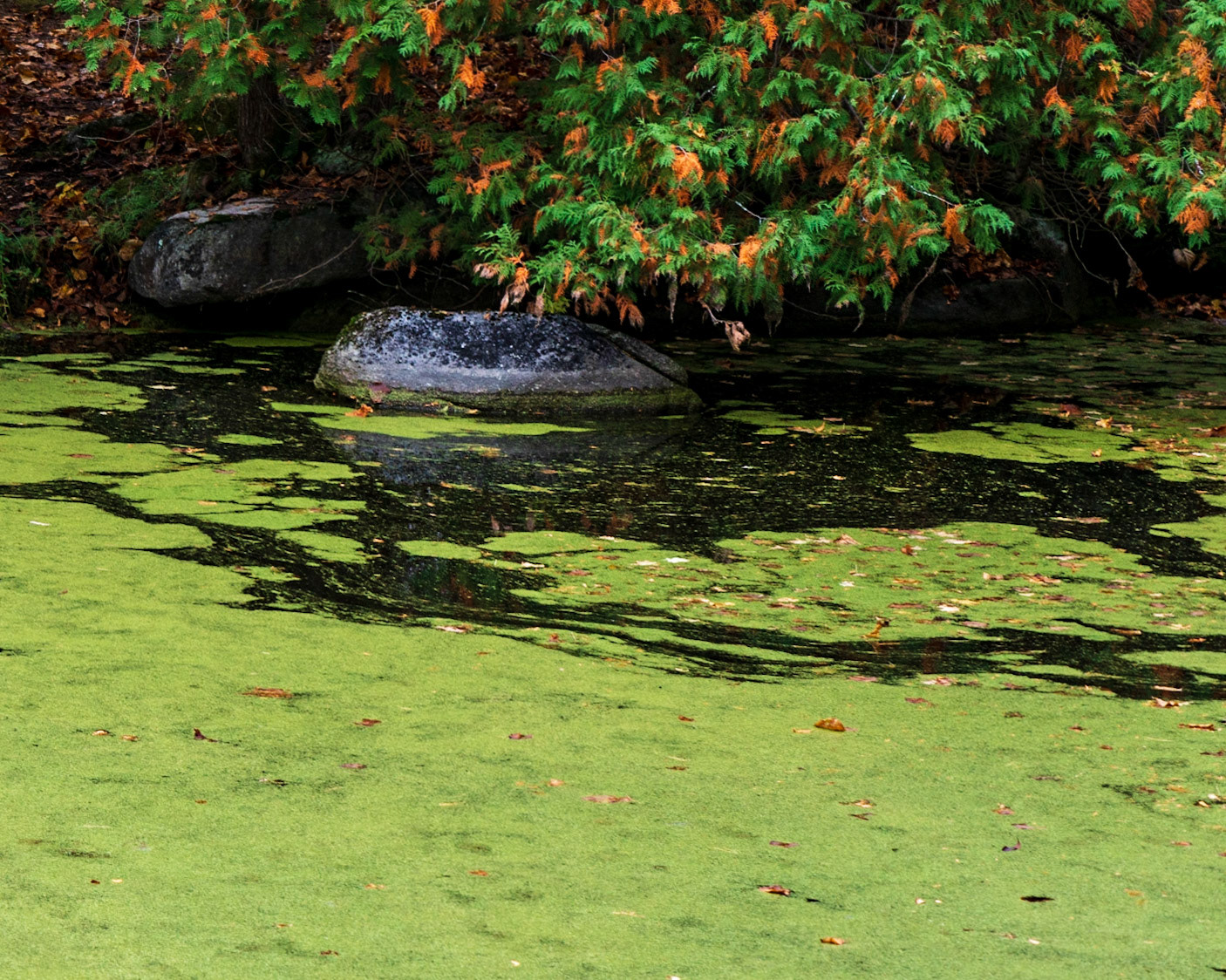 The rock is the main subject here, with the dark parts of the pond helping to draw the eye towards it. The strong orange/green at the upper right is balanced with a large area of solid green at the lower left. 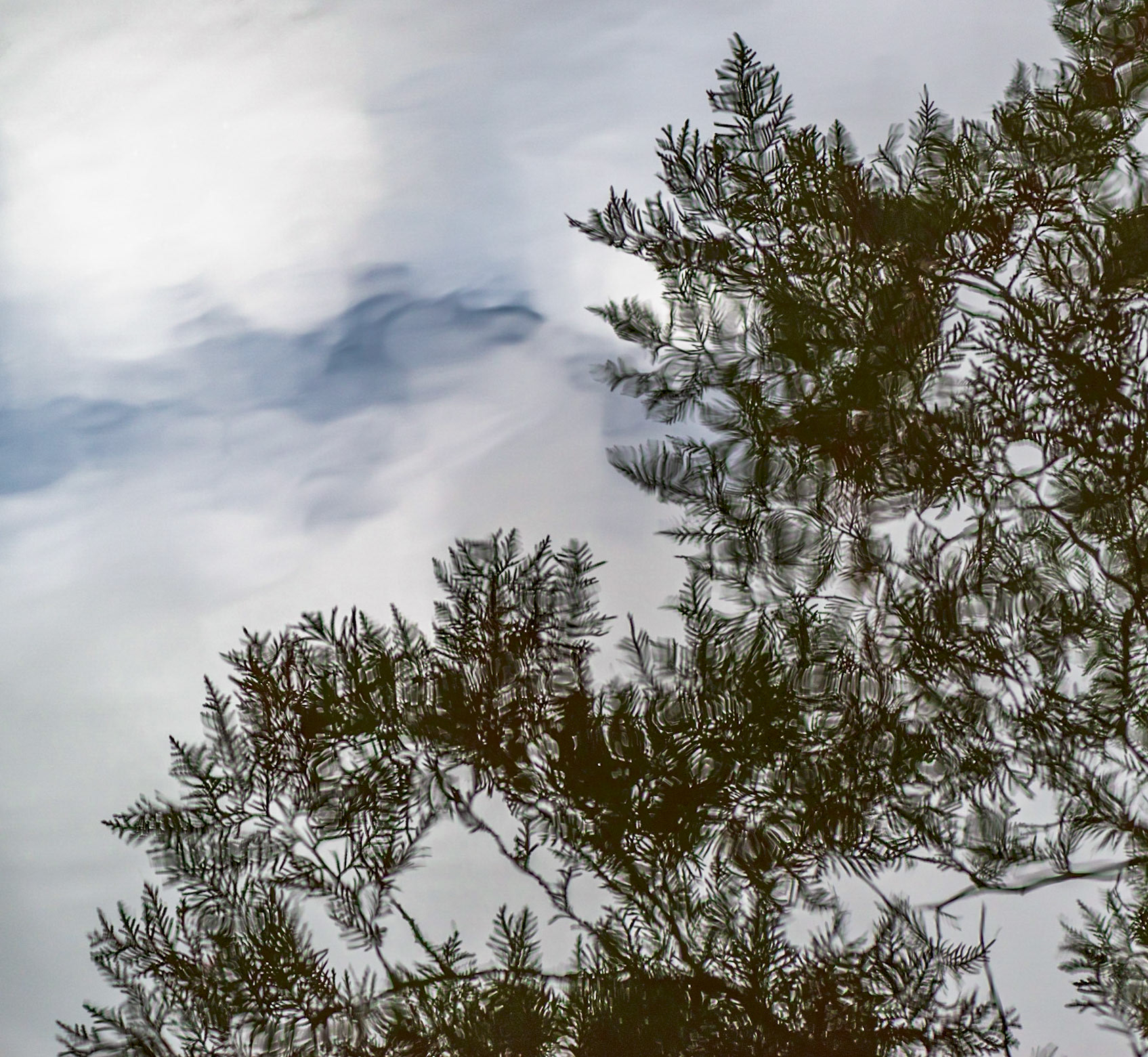 While we know what this is, the ripples in the water serve to give it a somewhat surreal feeling. 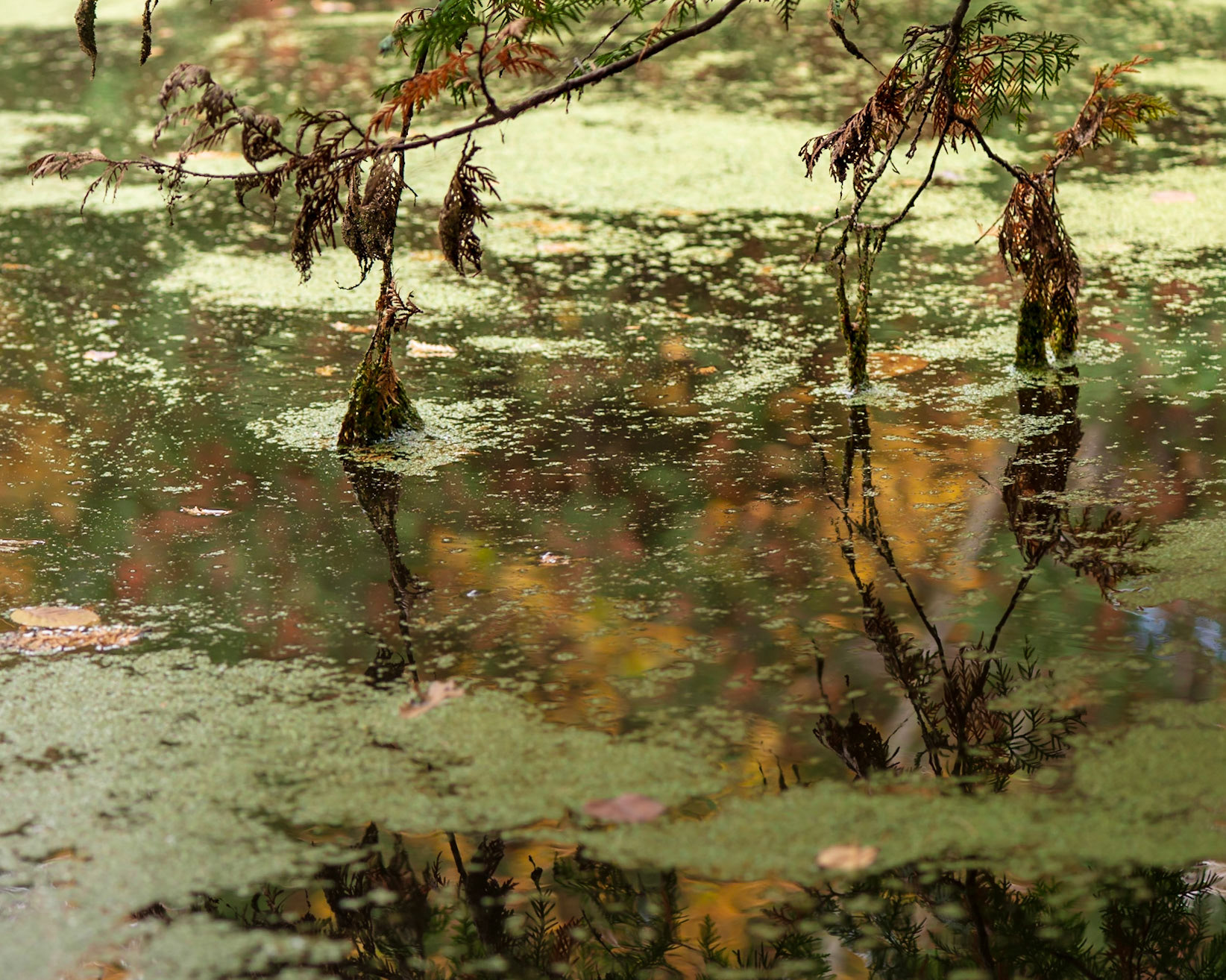 The way the tree has reached down to touch the surface of the water seems touching, almost intimate, to me. 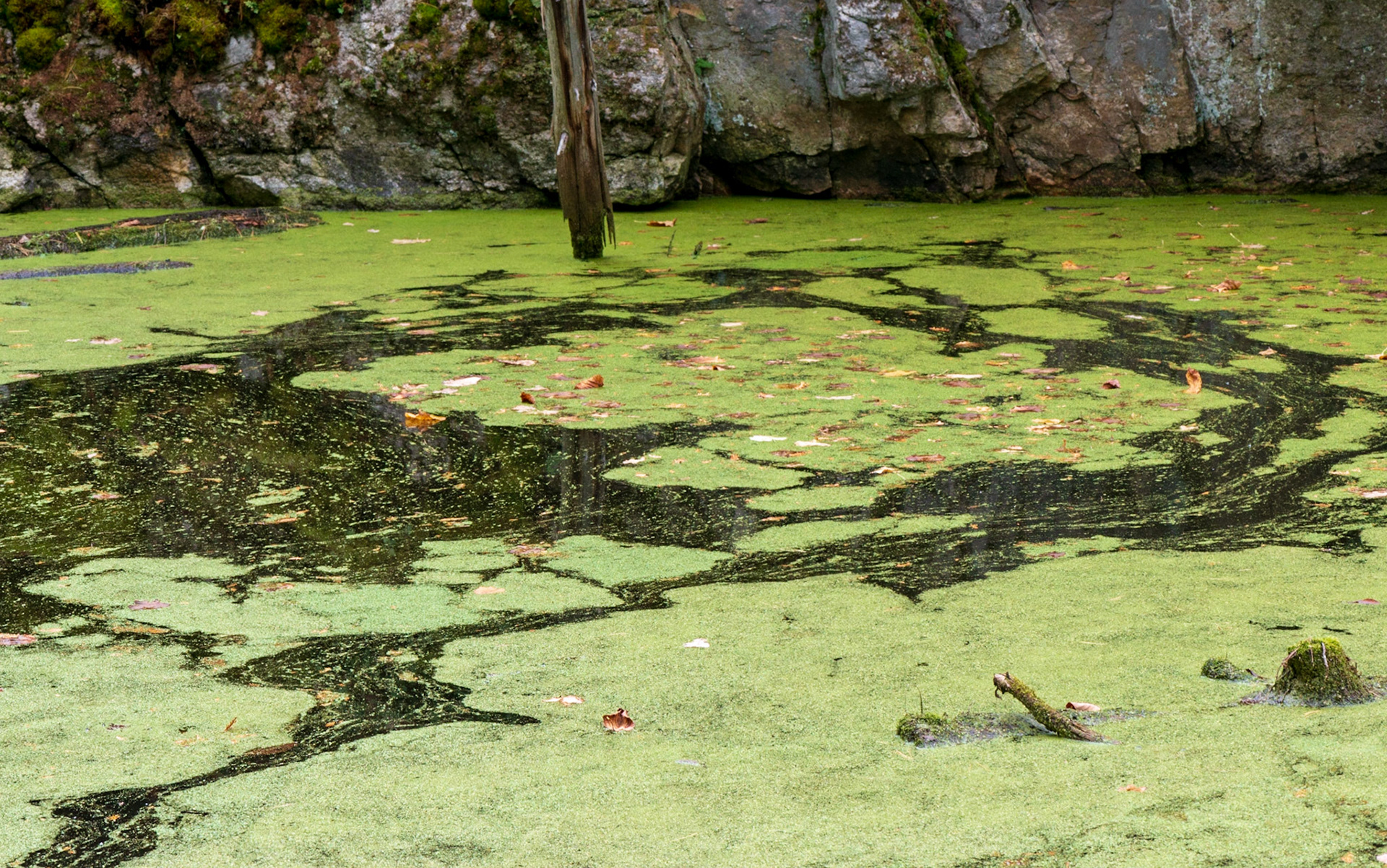 The vertical expressed by the tree branch is complemented by the circle formed by a current in the pond. 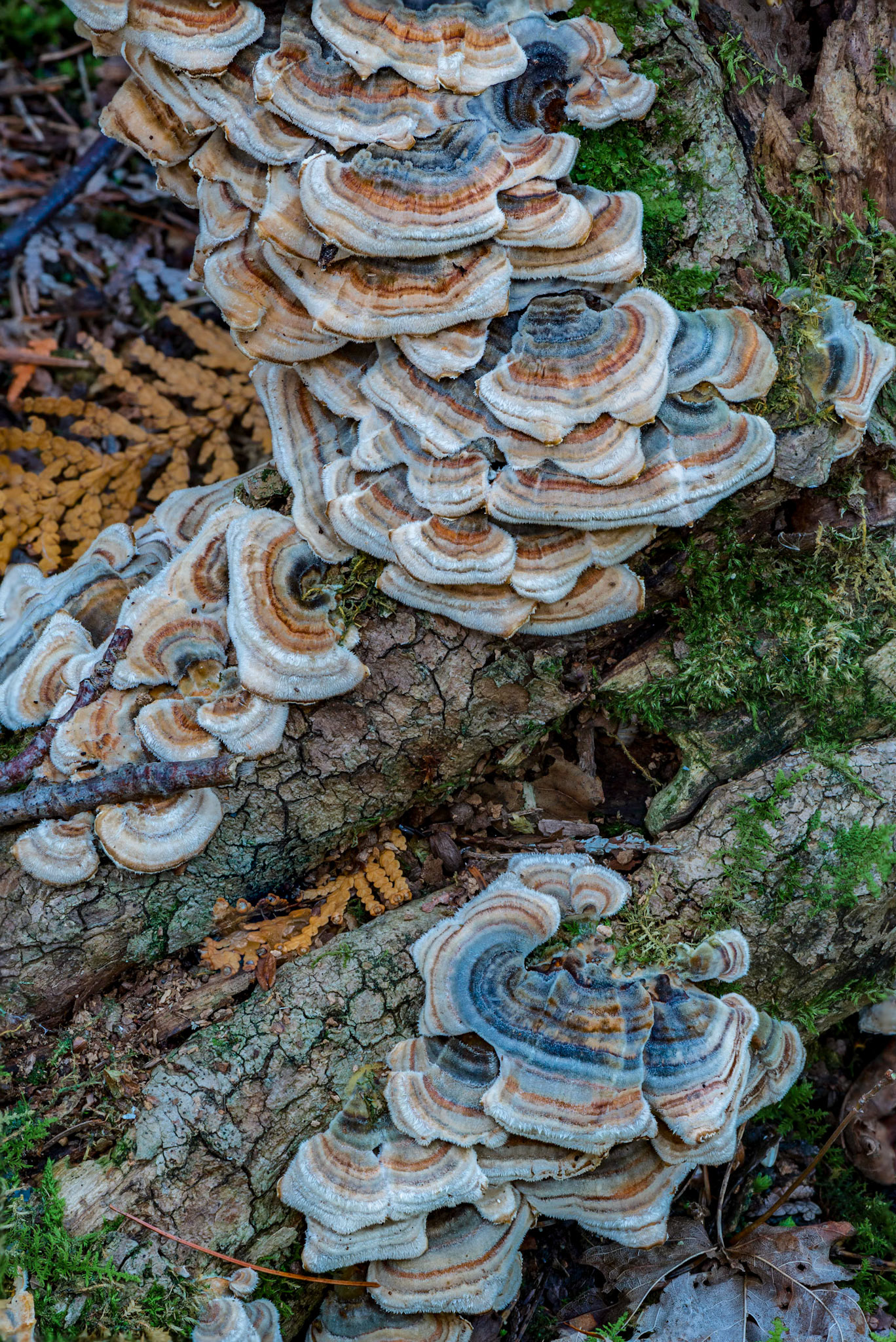 Yes, they really were this colour. This shot required several individual shots to be focus-stacked to give adequate depth of field. 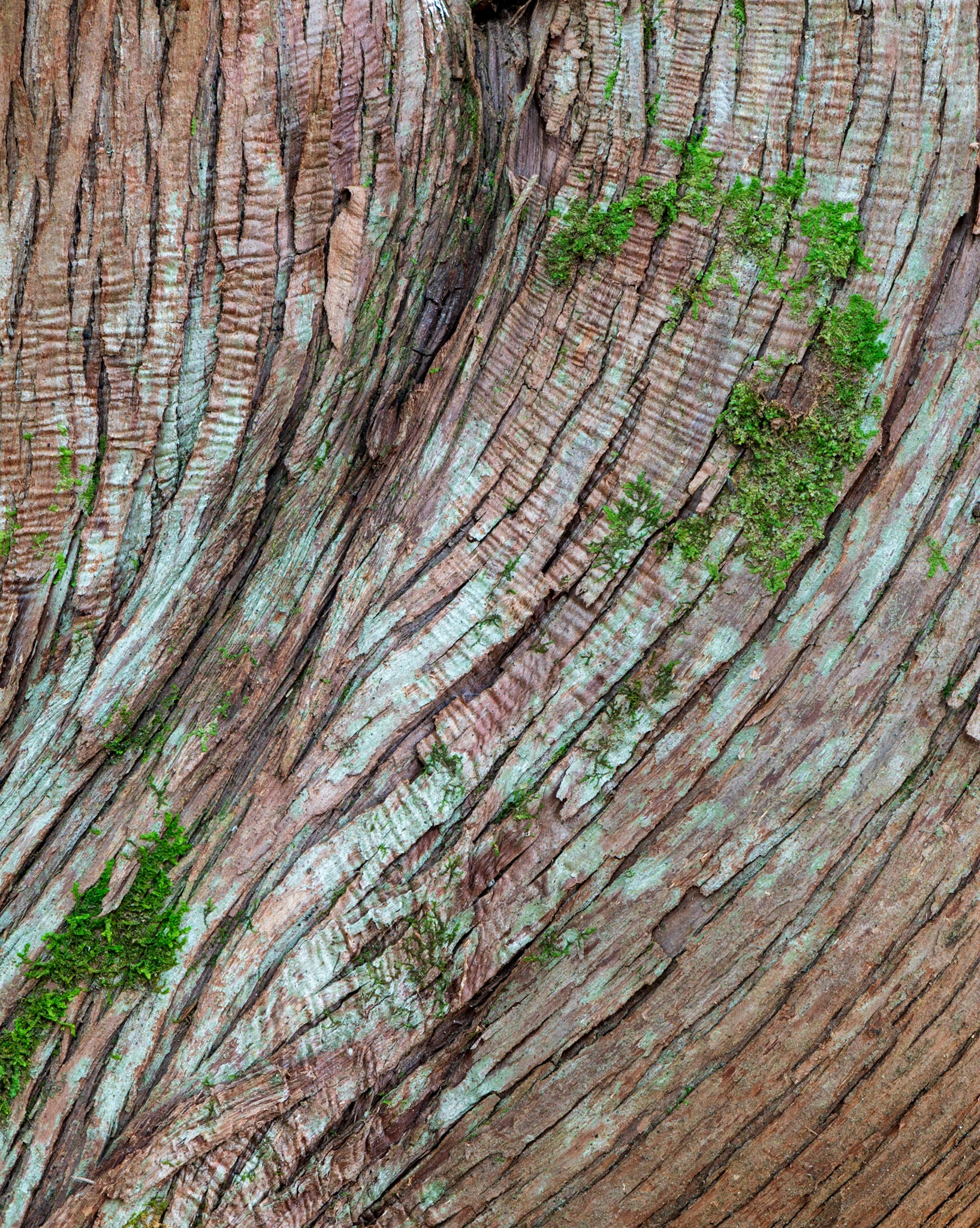 Trees are an ongoing subject that I like to explore. In this case, I found the curves in the bark and the corresponding curve formed by the lichen quite appealing. 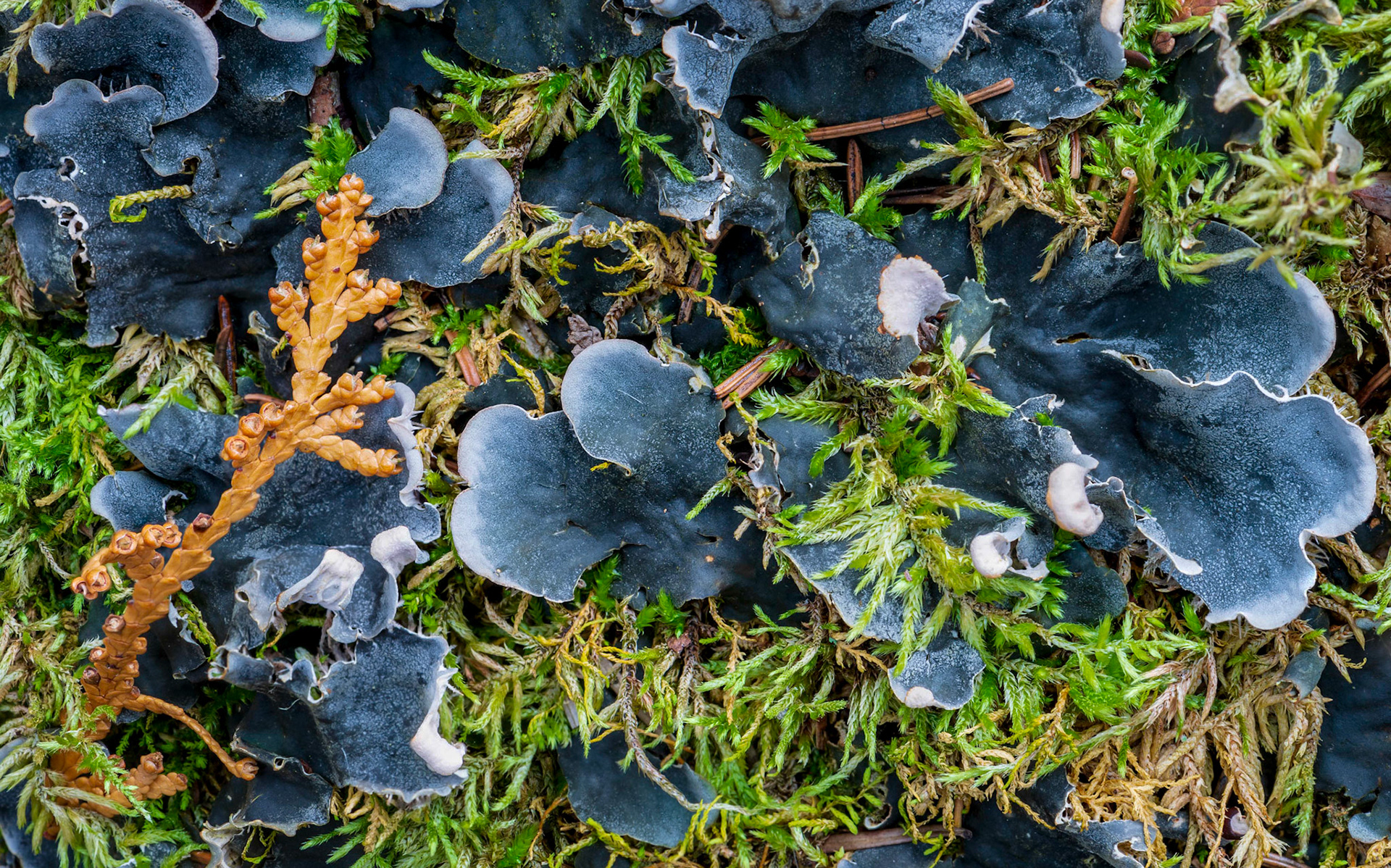 I found this group of blue mushrooms on the ground among a background of green with one orange element that I included for additional interest. 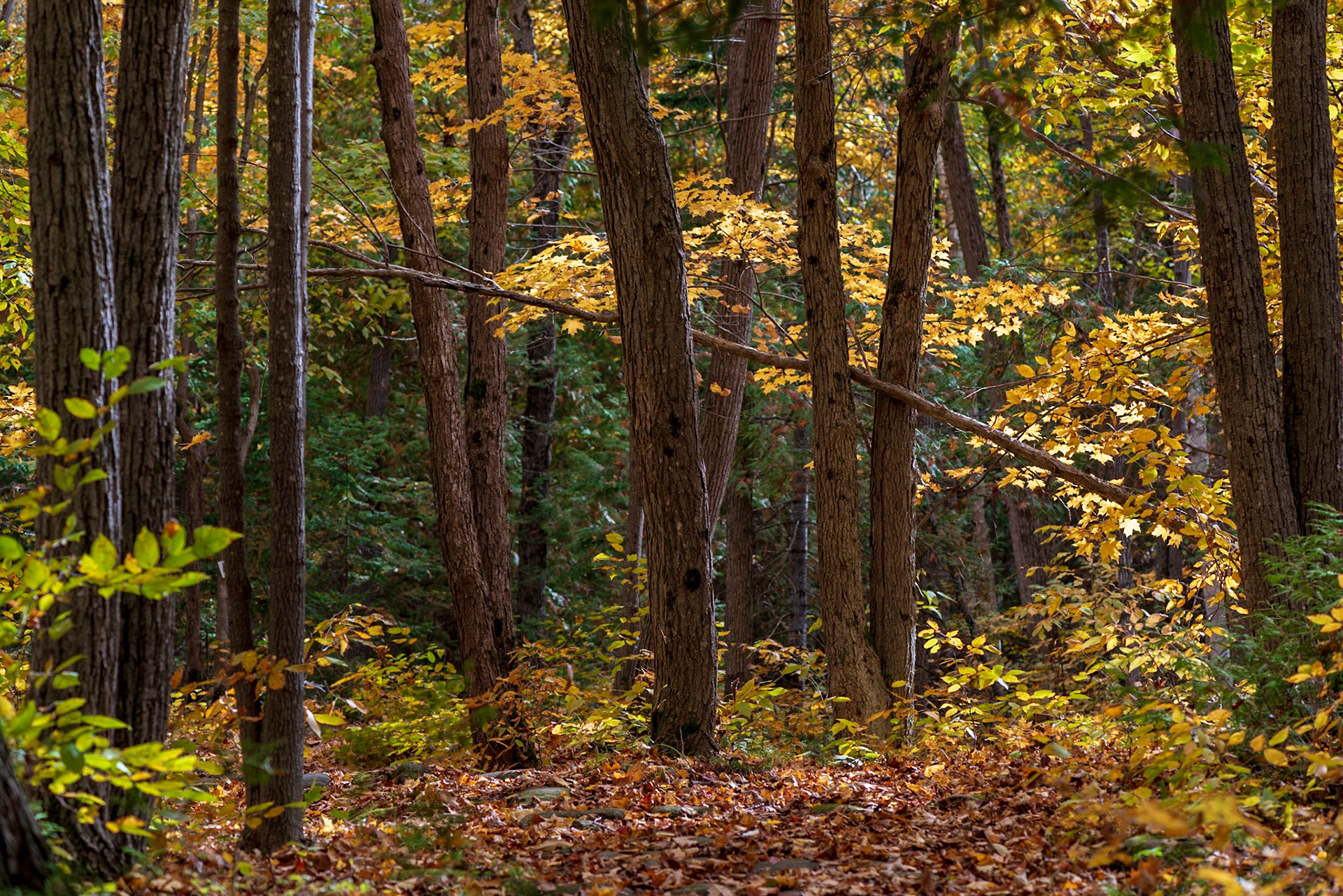 The soft light backlighting this patch of forest was quite magical. It is mostly composed of vertical elements, with a nearly horizontal branch serving to provide a subject for the eye to rest on. 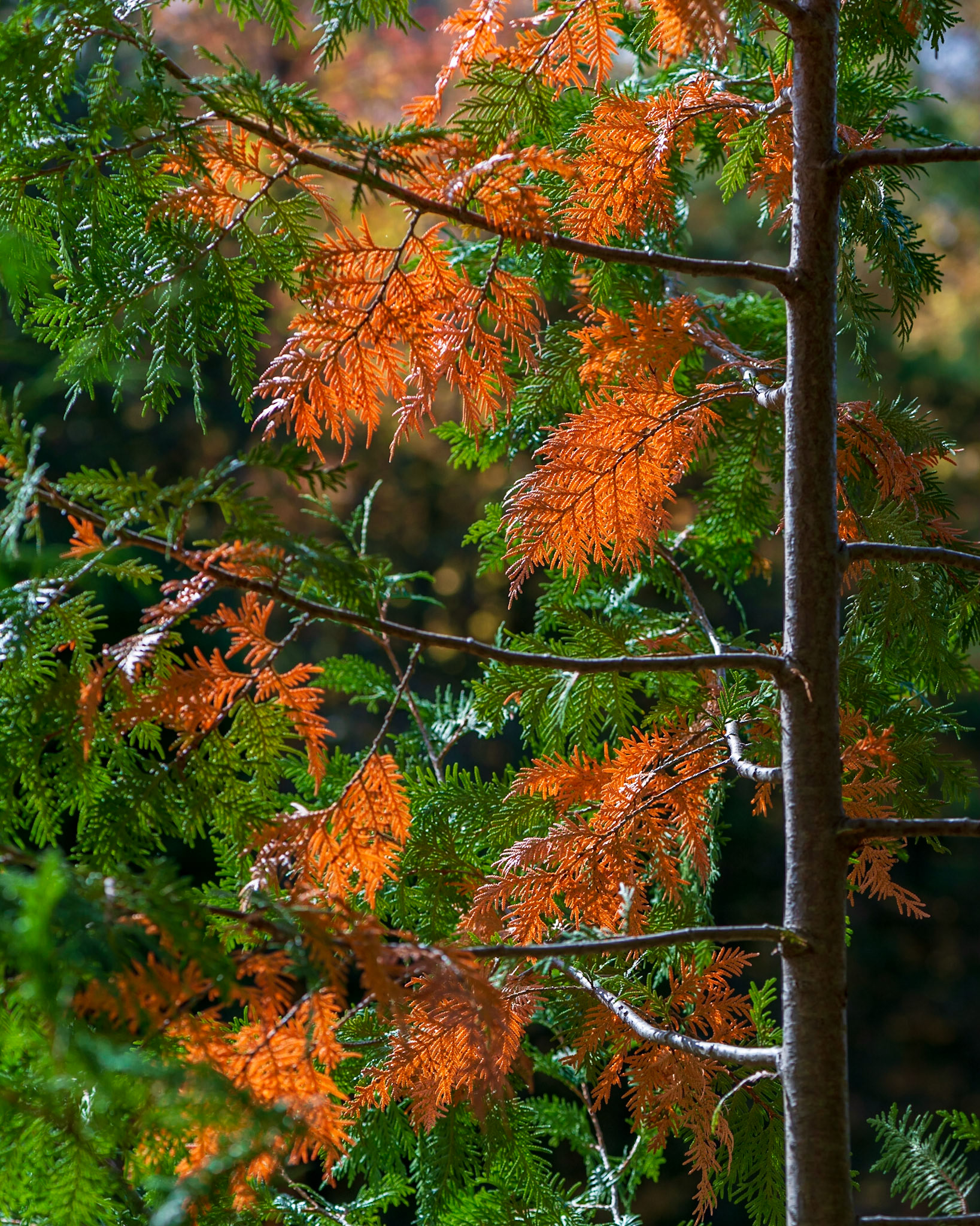 Near the edge of the shore, I discovered this wonderful backlit tree with a mix of bright orange and green leaves. I took several shots with different compositions. 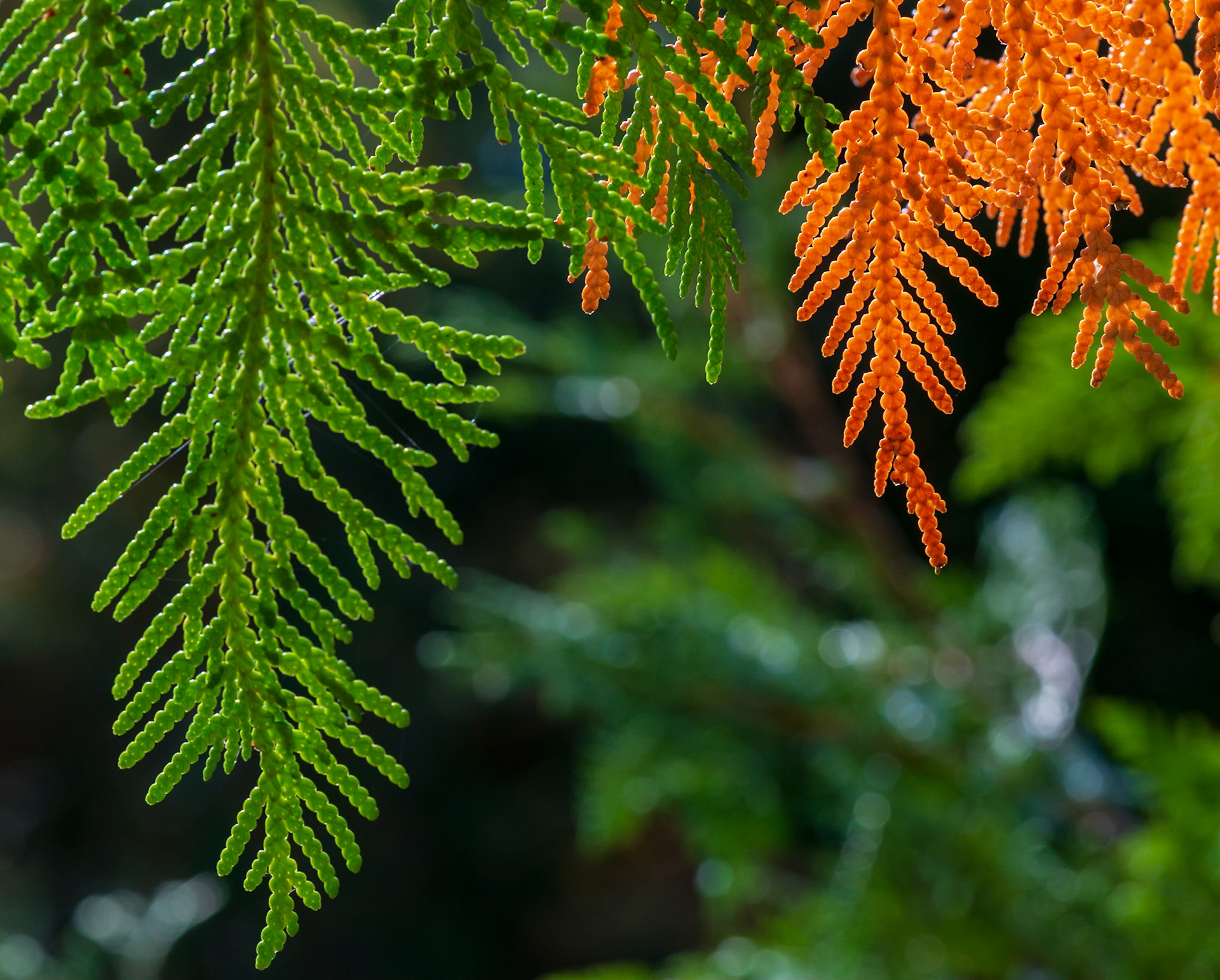 Here is the same backlit tree with a different, simpler, composition. 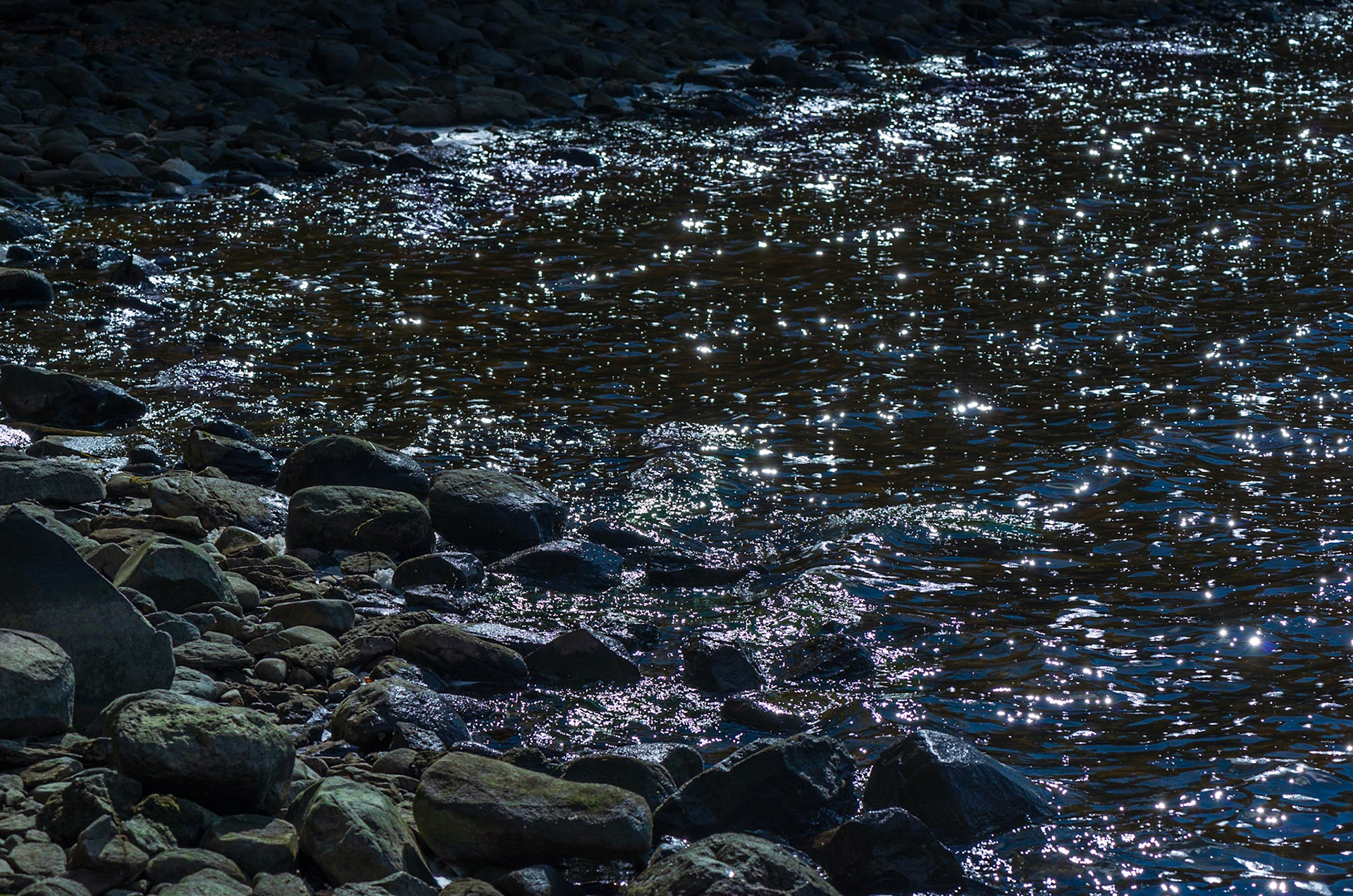 Glints of light filling the water contrast with the dark, hard rocks along the shore. Composed as a series of three triangular areas. 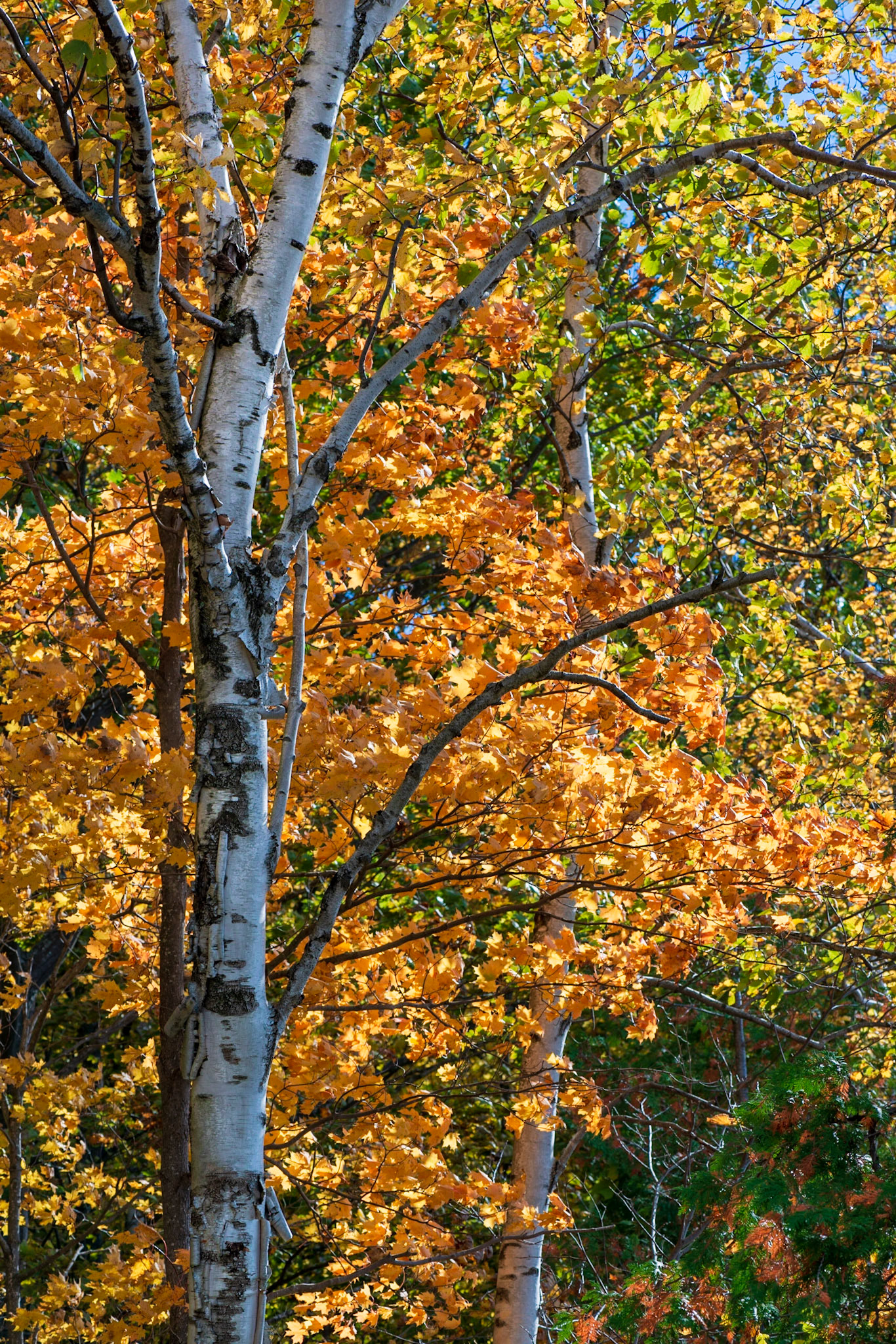 Another backlit shot where the strong verticals of the trees are layered with orange and green leaves. 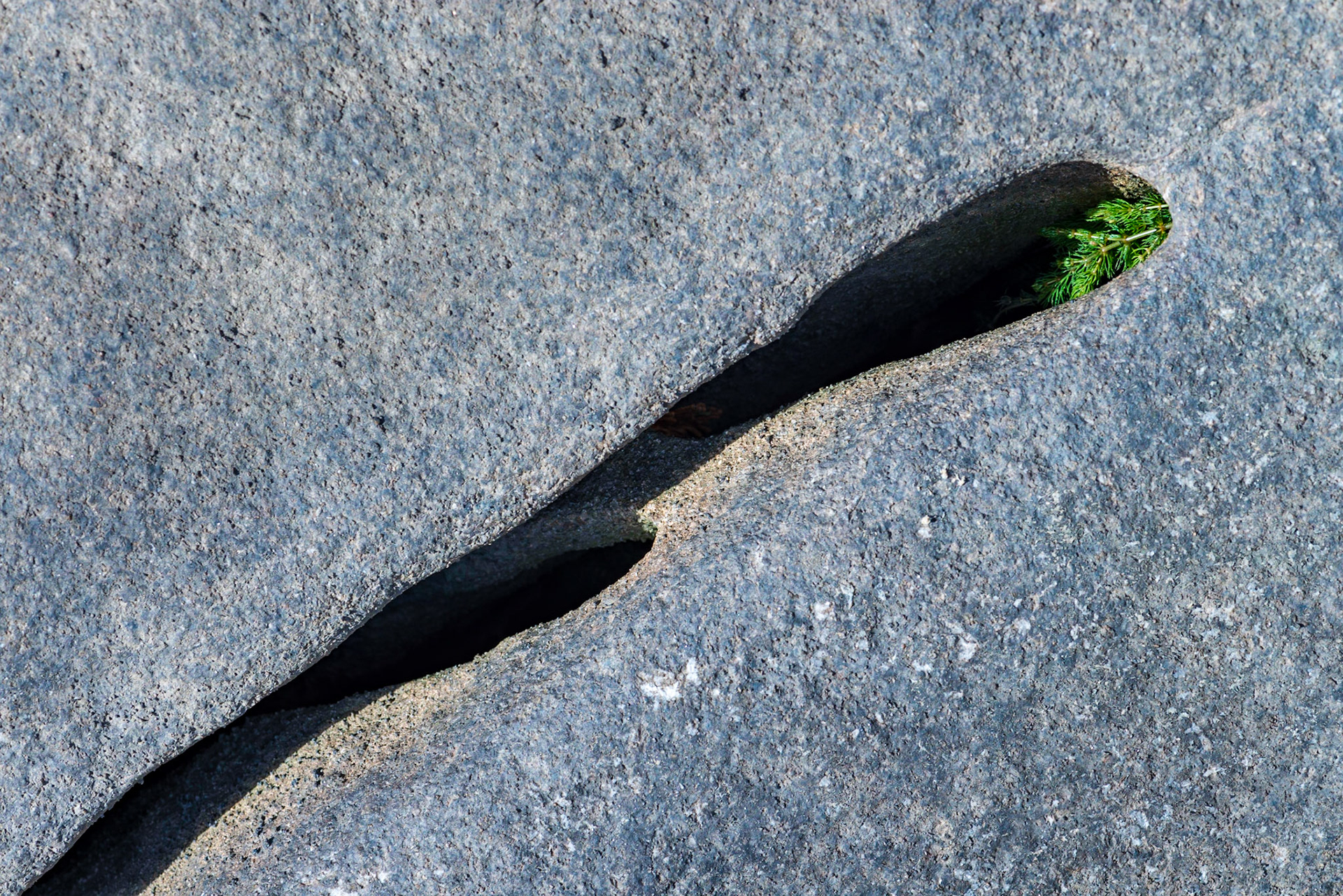 It always pays to look down. In this case, I was standing on a boulder along the shore and noticed the crevice and the plant. Composed to provide a strong line leading to the plant.