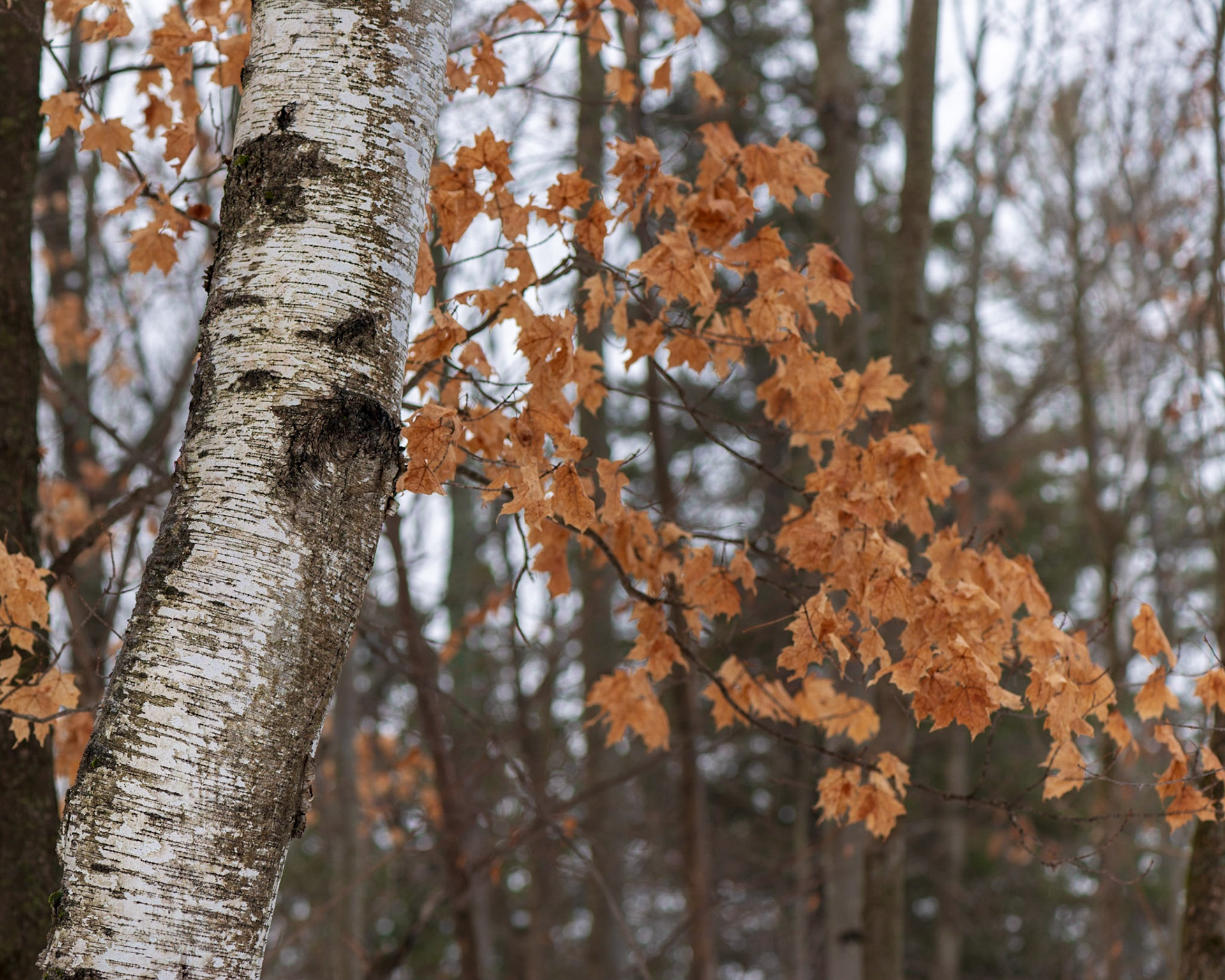 The birch is obviously the main subject here since it's the only thing in focus, and I've used the strong orange leaves to balance it in the frame. 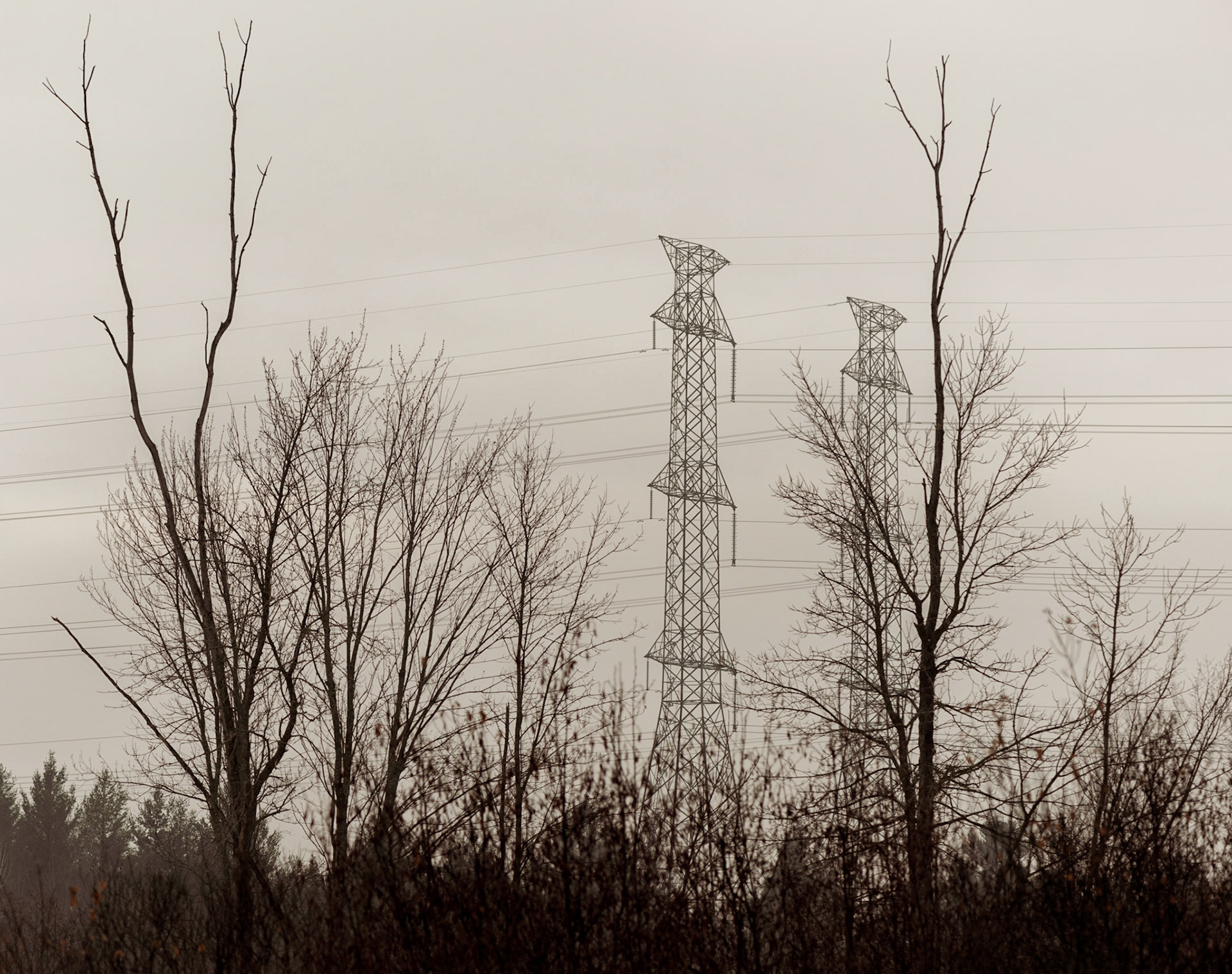 I was feeling sad when the outing began, and sought to express that in this photo, with lifeless trees juxtaposed with electrical towers, and an intentionally desaturated look. 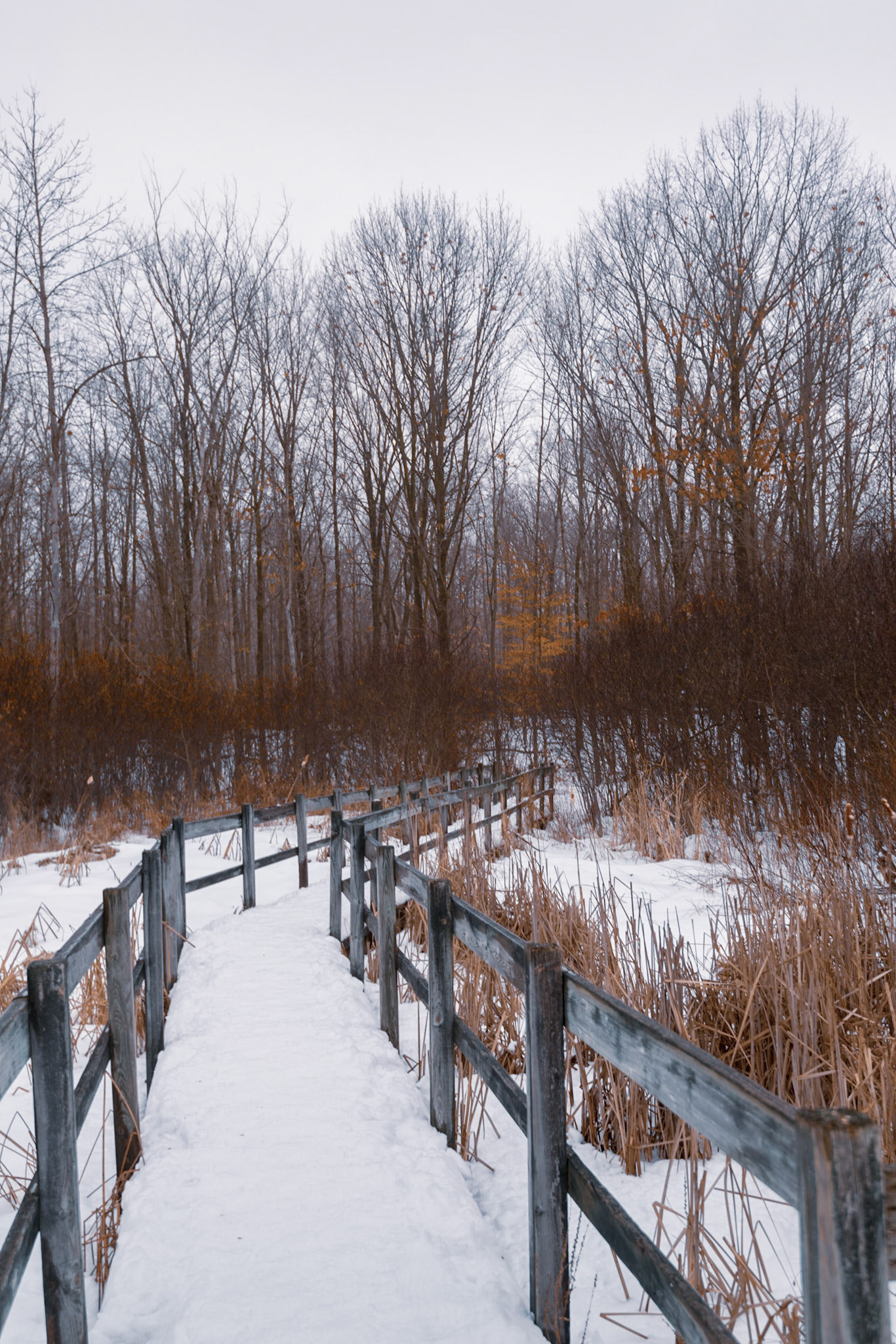 It was a dull day with little colour other than patches of orange. Here, I'm using the bridge to draw the eye to the orange tree in the background. 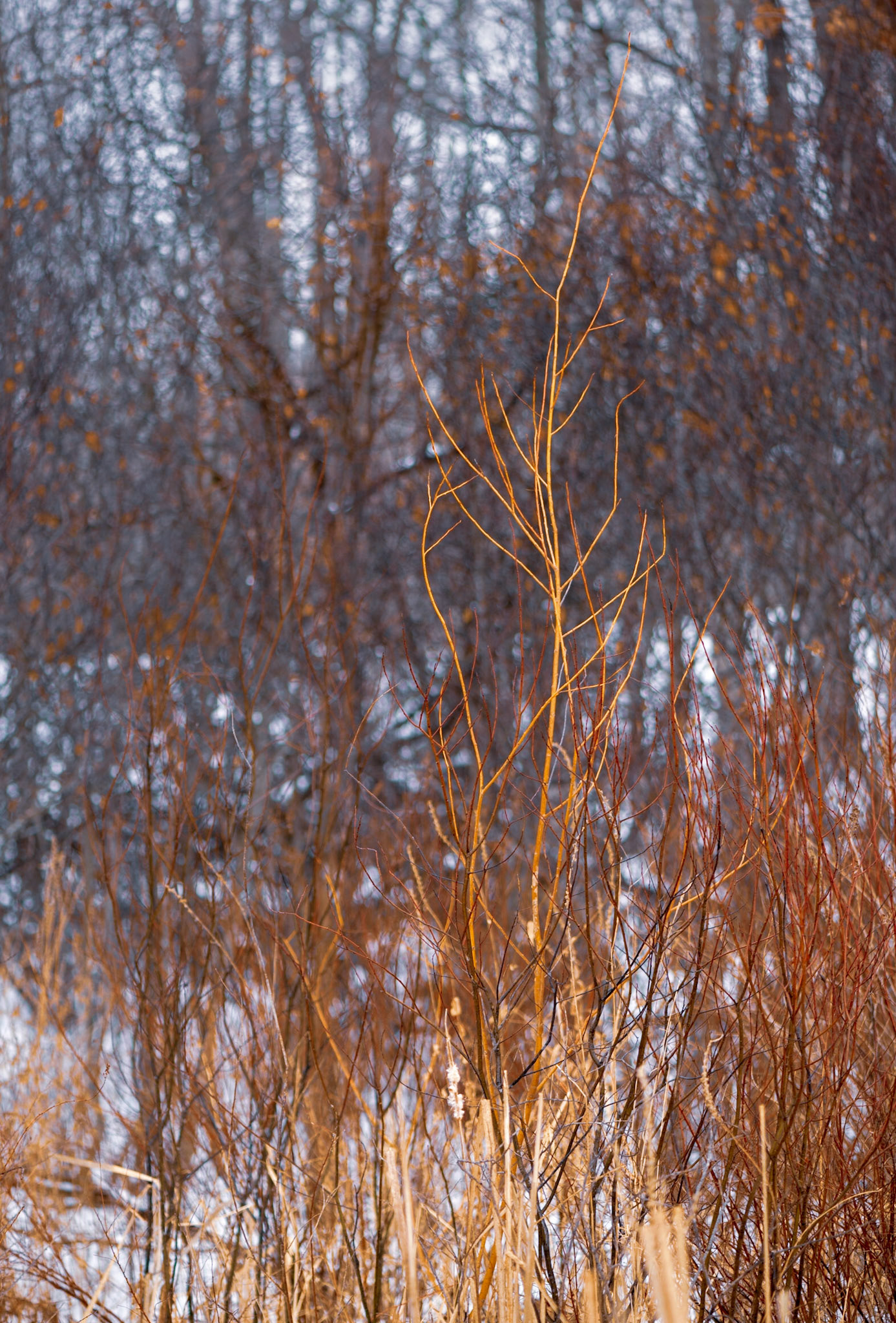 These orange branches are reminiscent of the flames of a fire, at least to my eye. 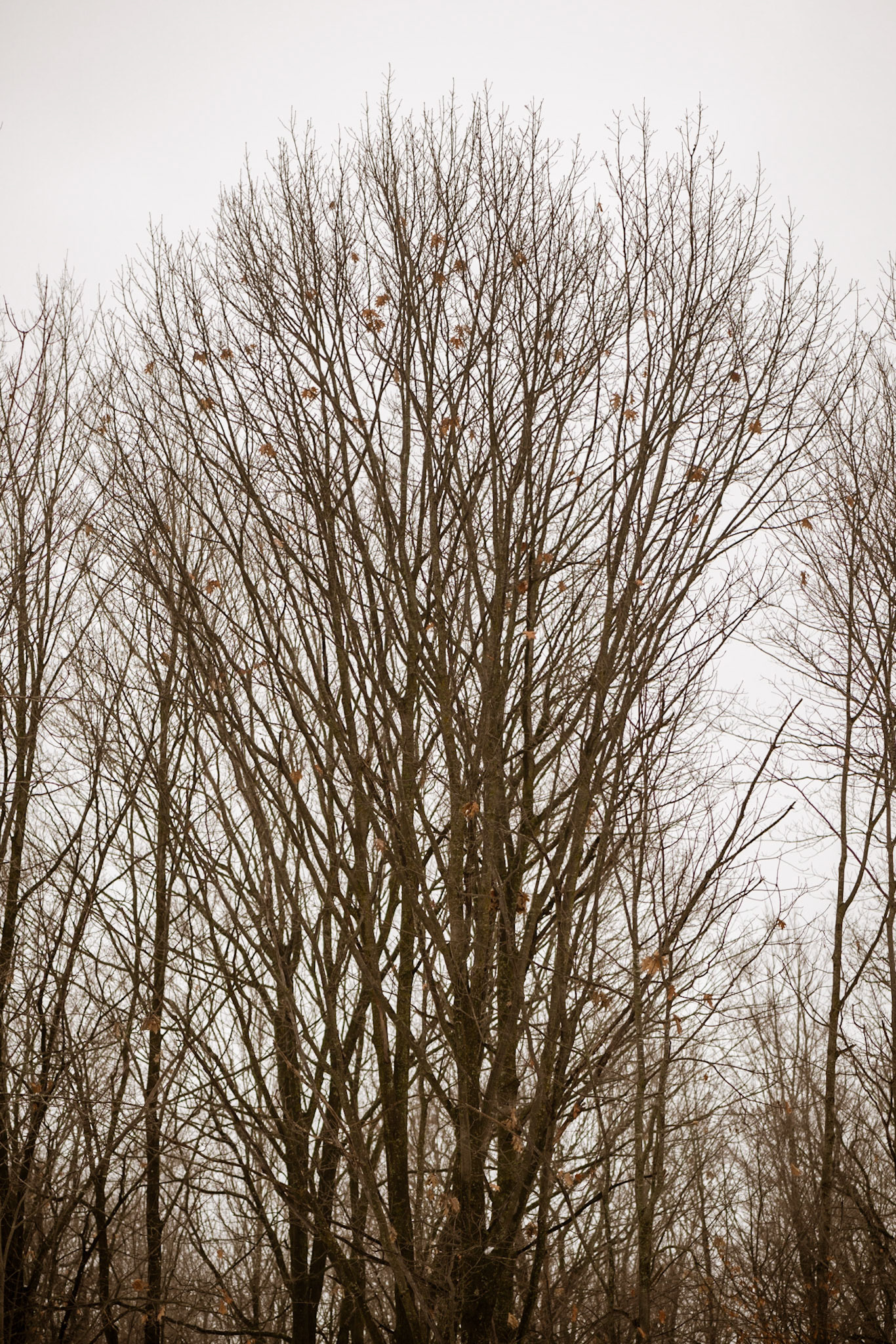 I shot this to evoke feelings of quiet sadness. It is stark and nearly monochrome, and the few remaining leaves are all that is left from happier times. 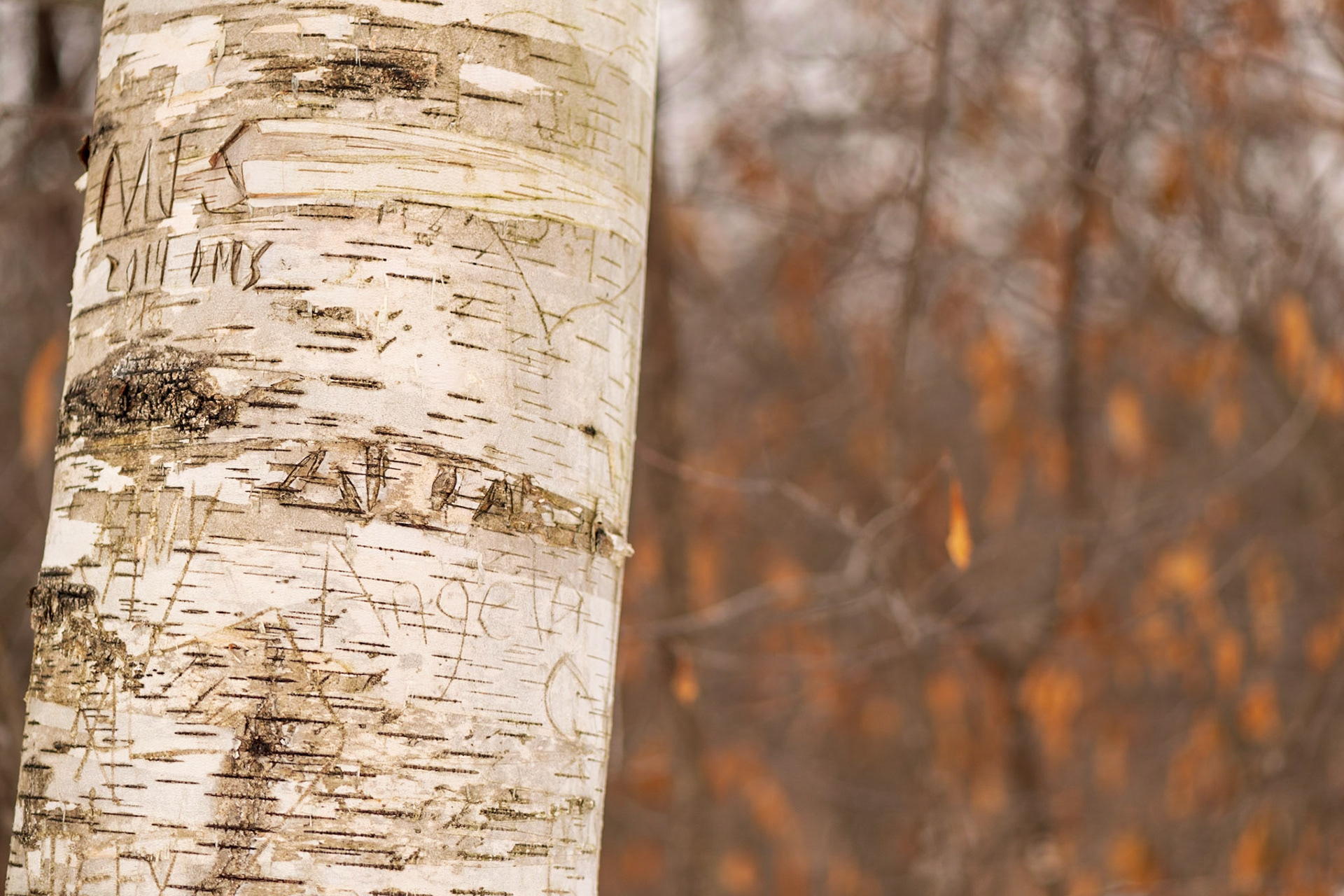 I wonder what became of Angela and the person who carved her name. There's a story here, but we can only imagine what it might be. 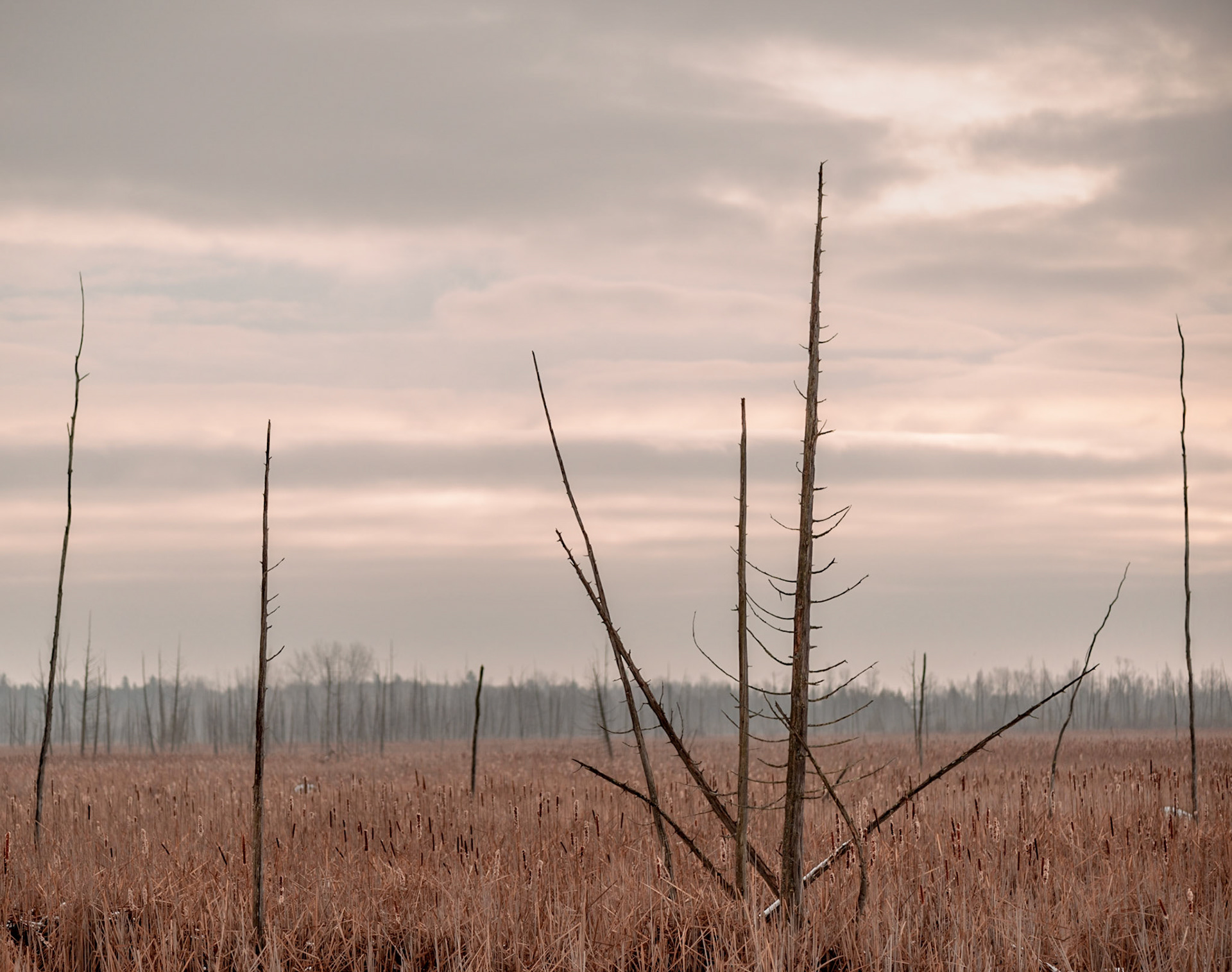 It almost looks like an alien landscape rather than one in my own city. I've toned the sky somewhat to add to the alien feeling. 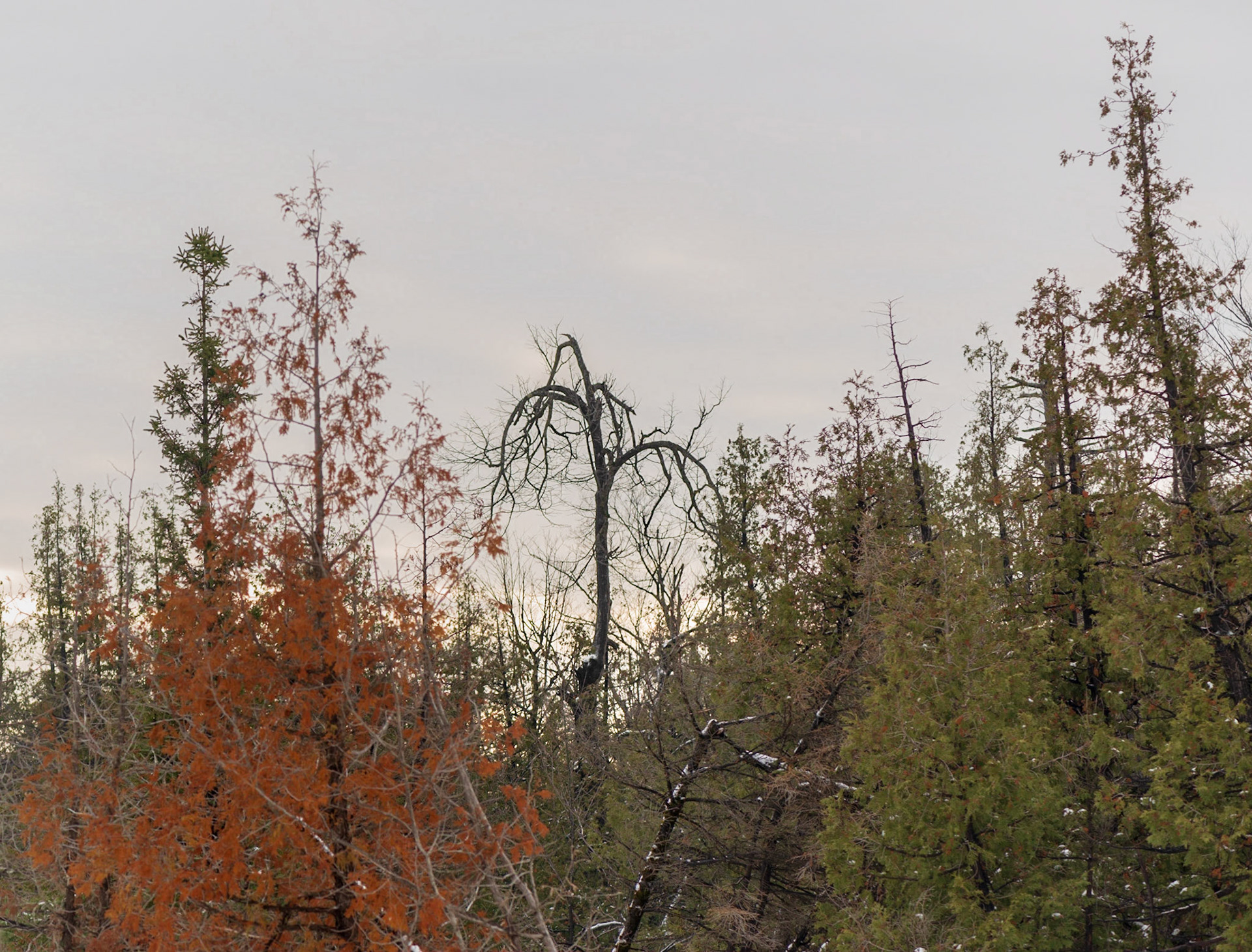 I sympathize with this poor tree, surrounded with it's healthy brethren, it seems to have completely given up.