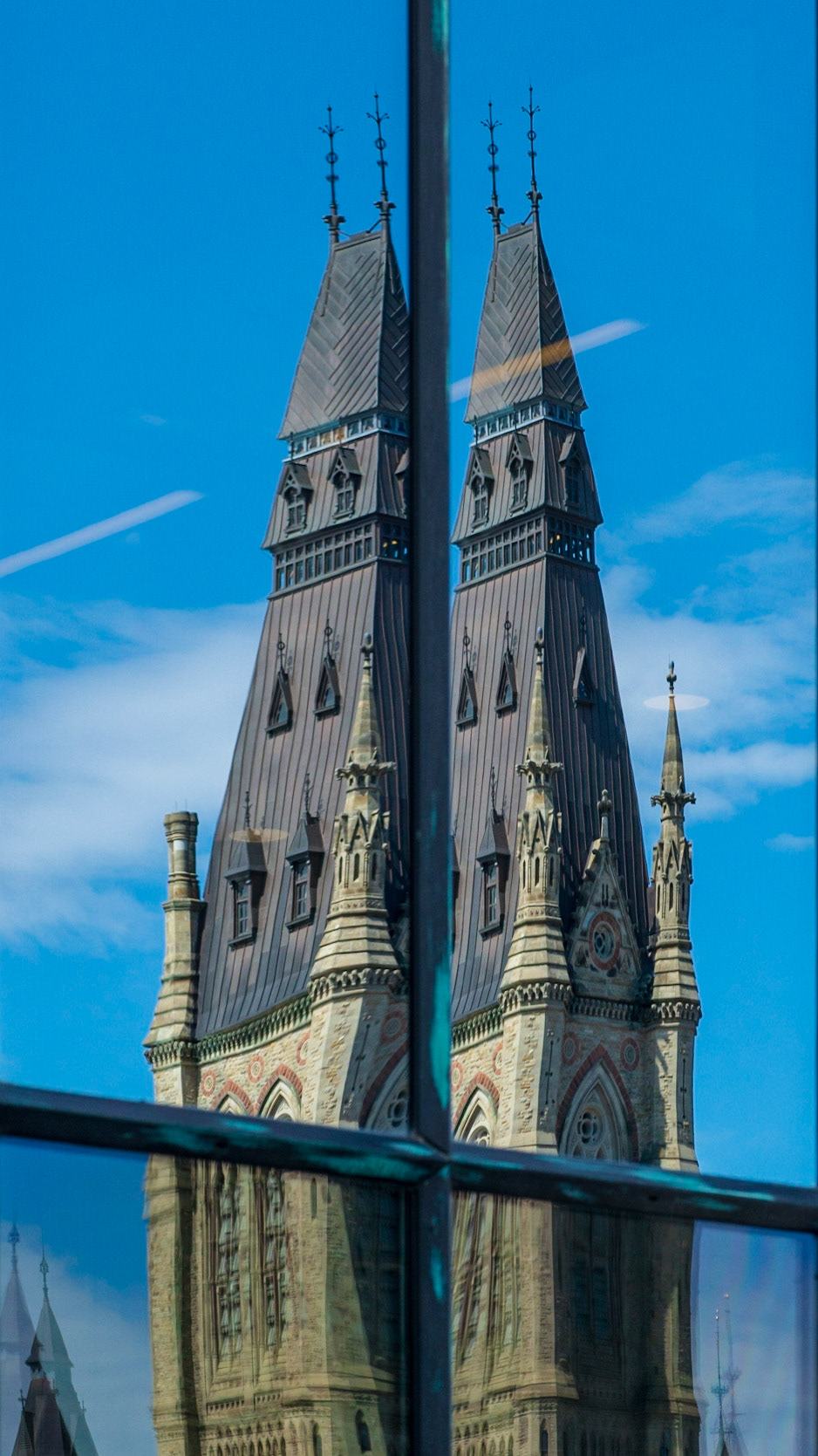 The glass on the Bank of Canada building reflects the buildings on Parliament Hill, but depending on where you stand you can sometimes get a double reflection as in this shot. 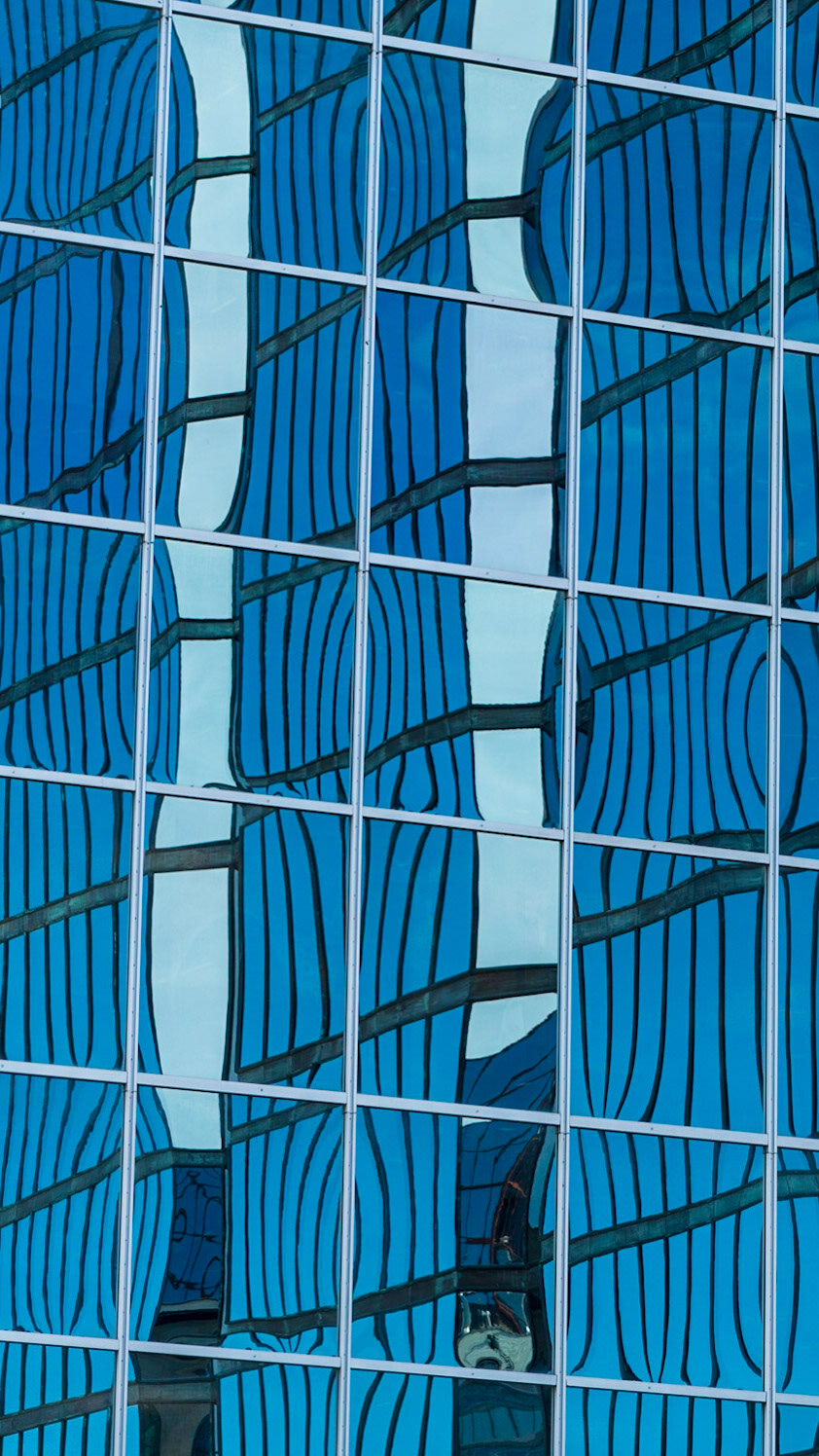 There are many reflections of one building in another, and these offer a myriad of interesting images. Here I was working with the arrangement of crossing white and black diagonal lines in the context of the two strong verticals. 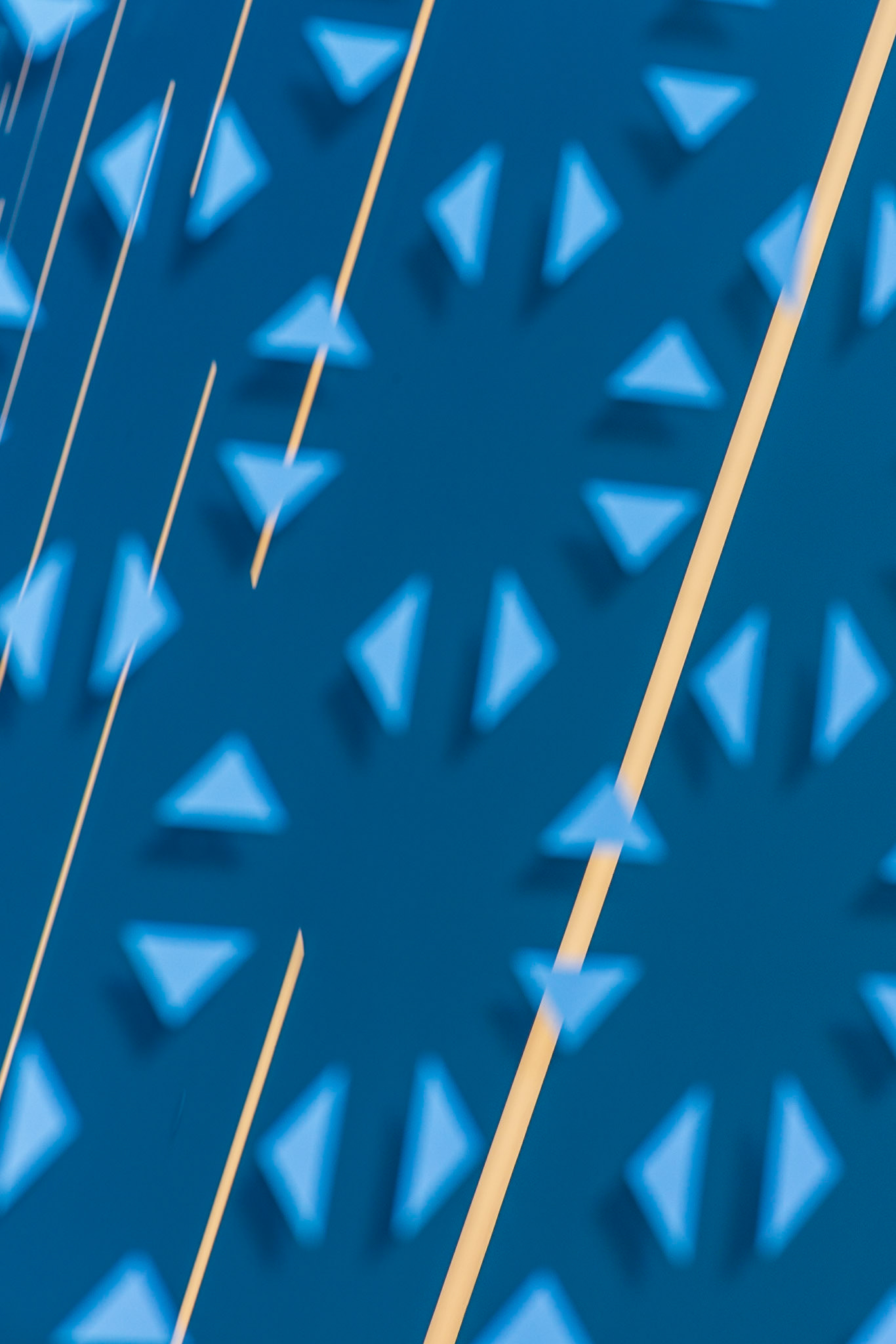 I’m especially happy with this purely abstract shot, where I was able to ignore subject matter and concentrate entirely on the layering of shapes and lines seen through a window. 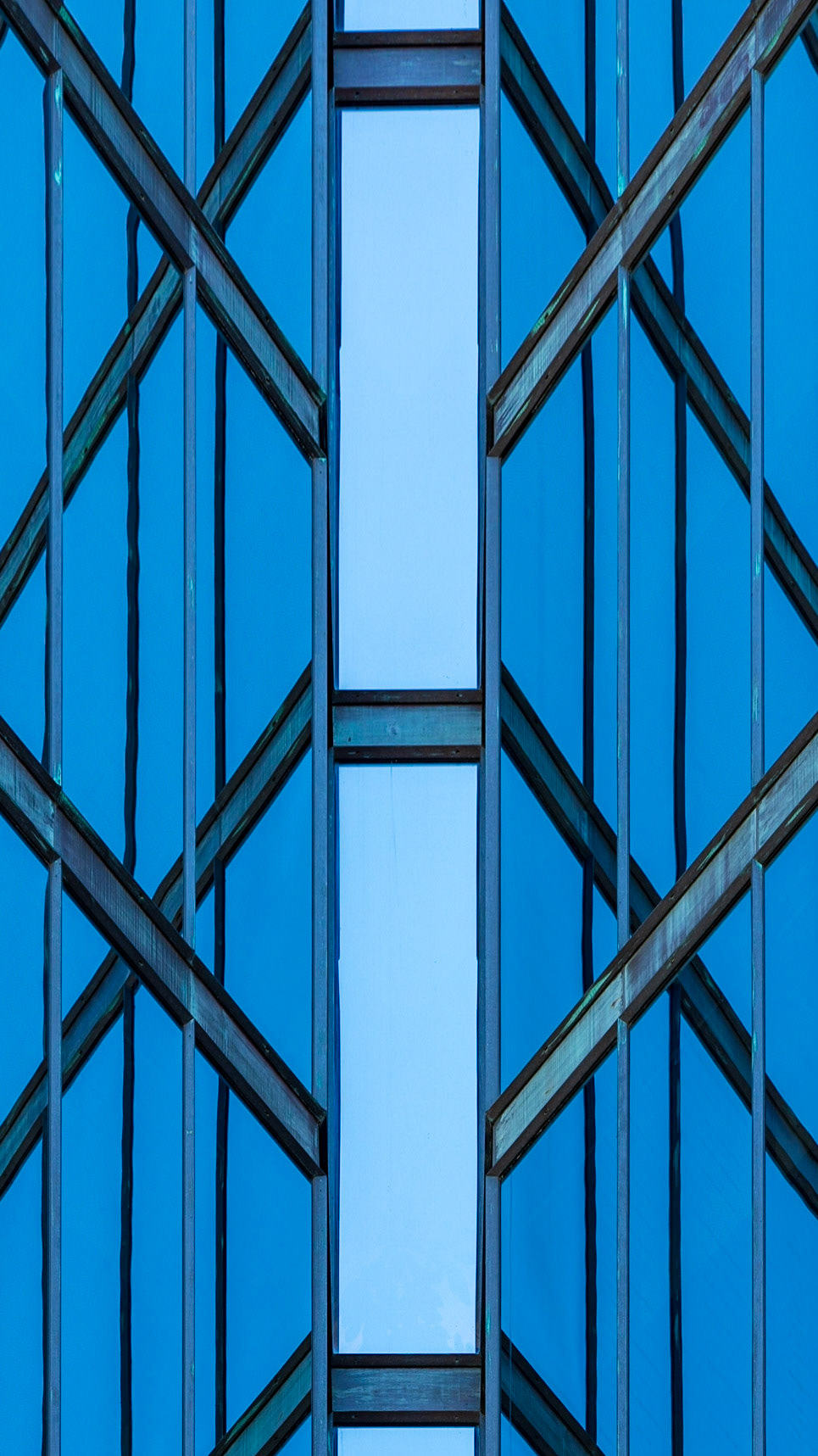 Purely a study of symmetry and lines on the side of a building. Since I needed to tilt the camera upwards to get the shot, work in post-processing was needed to correct the resulting perspective distortion. 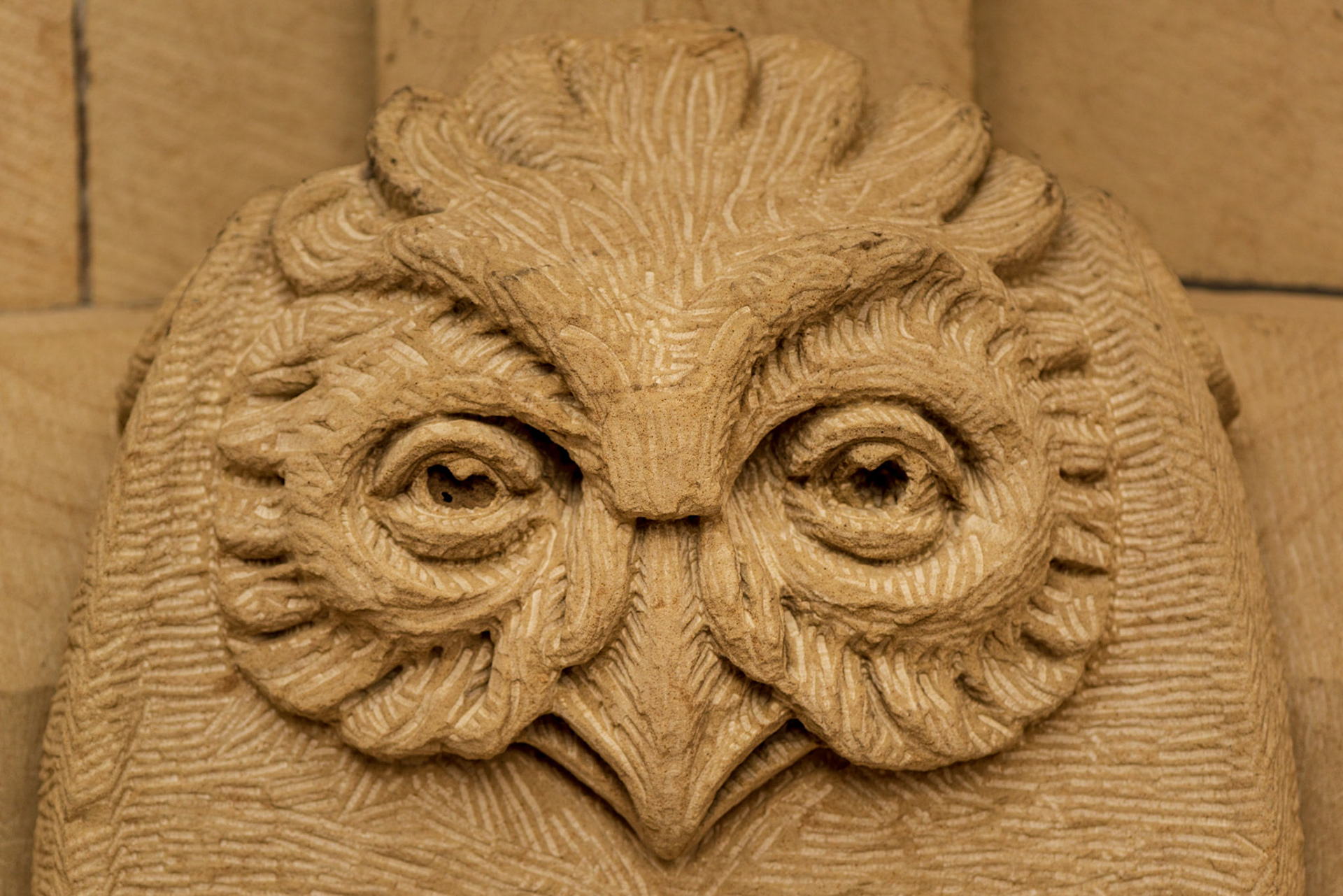 There are many decorative sculptures that adorn the buildings of Parliament Hill. This is one example chosen for its intense stare. 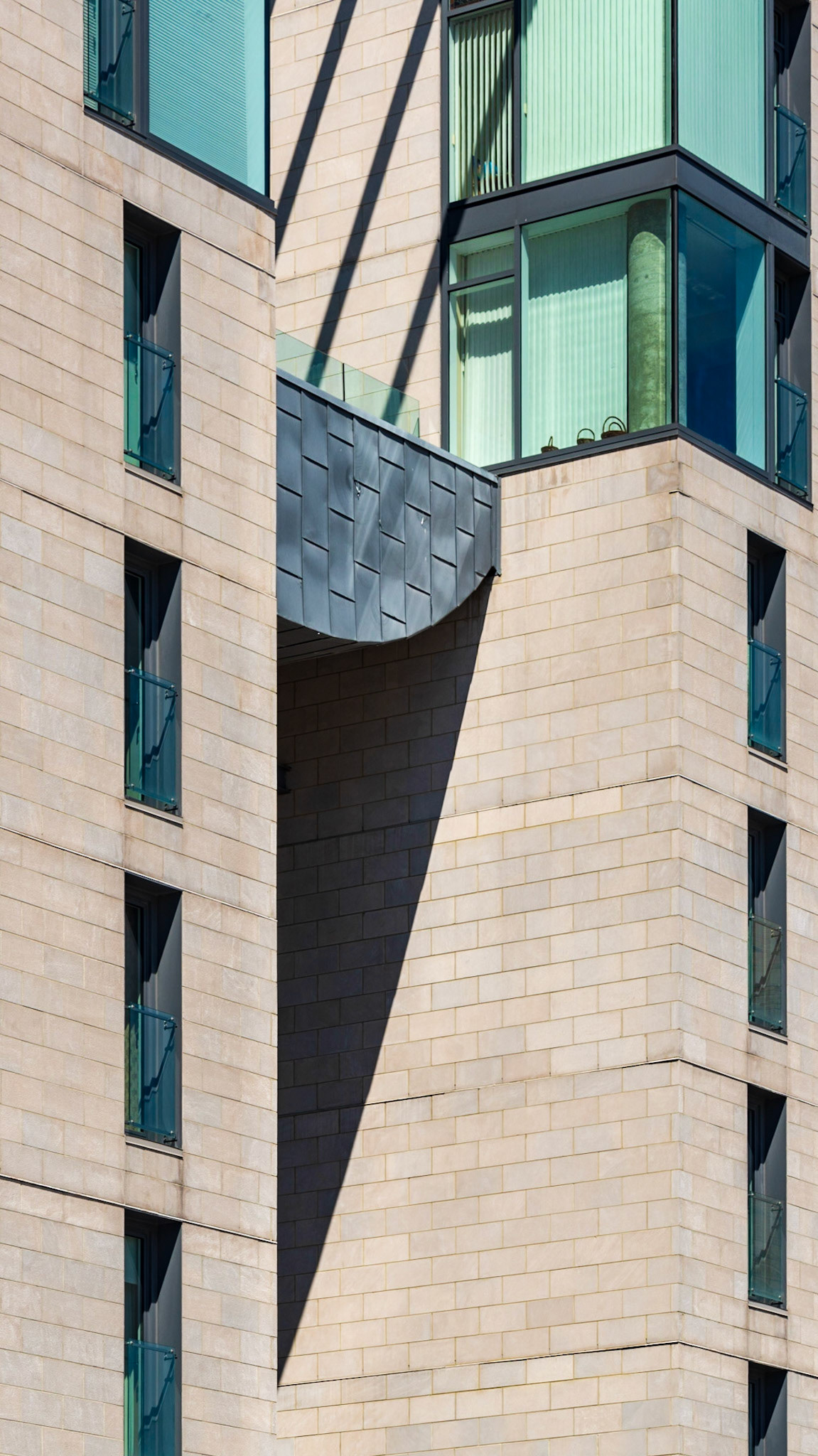 What intrigued me with this shot was the triangular shadow below and the three lines of shadow above. I chose to frame them between the rectangular windows on either side. 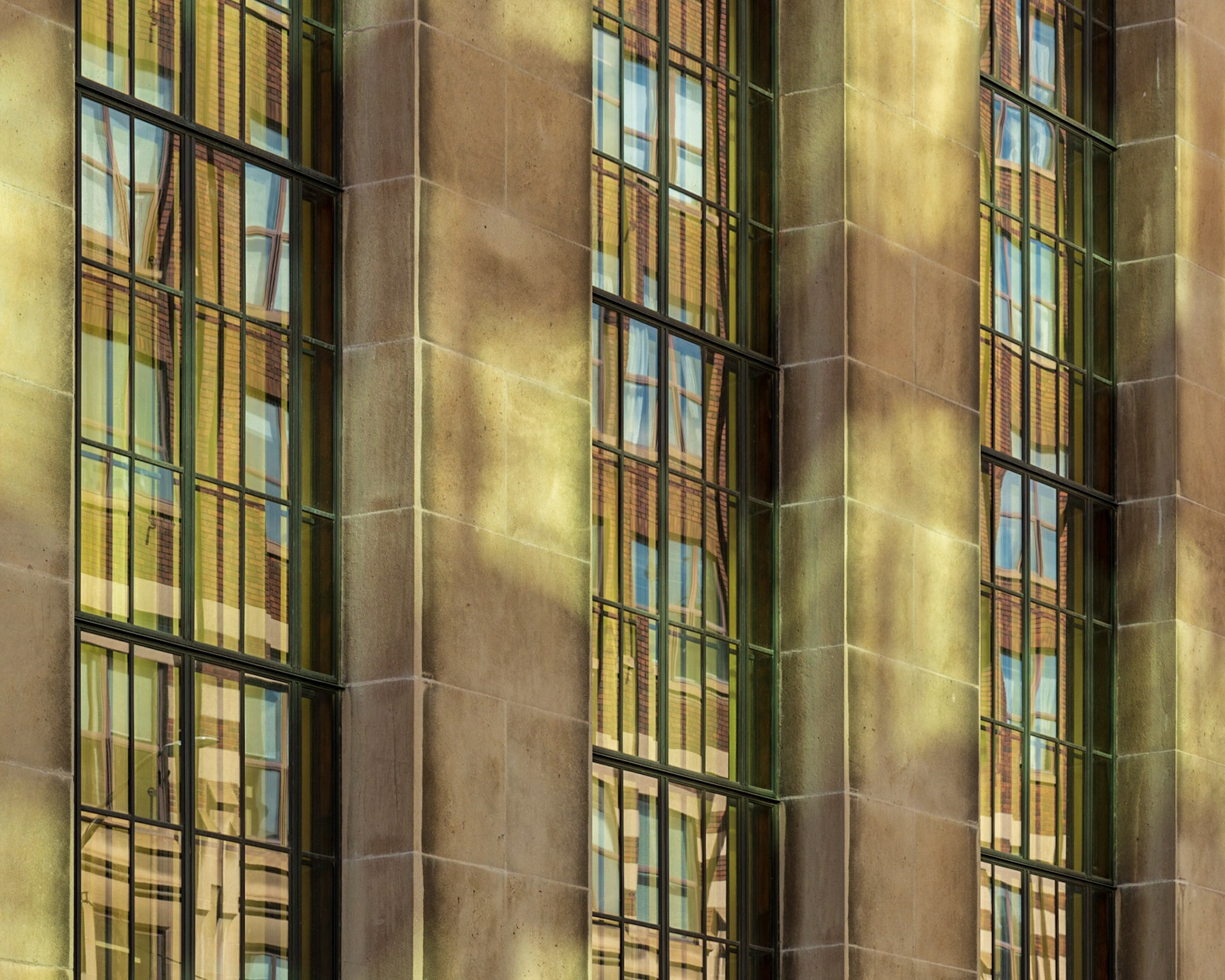 The amazing light reflected onto the side of this building is what drew me to this shot. Some work in post-processing was needed to correct for perspective distortion. 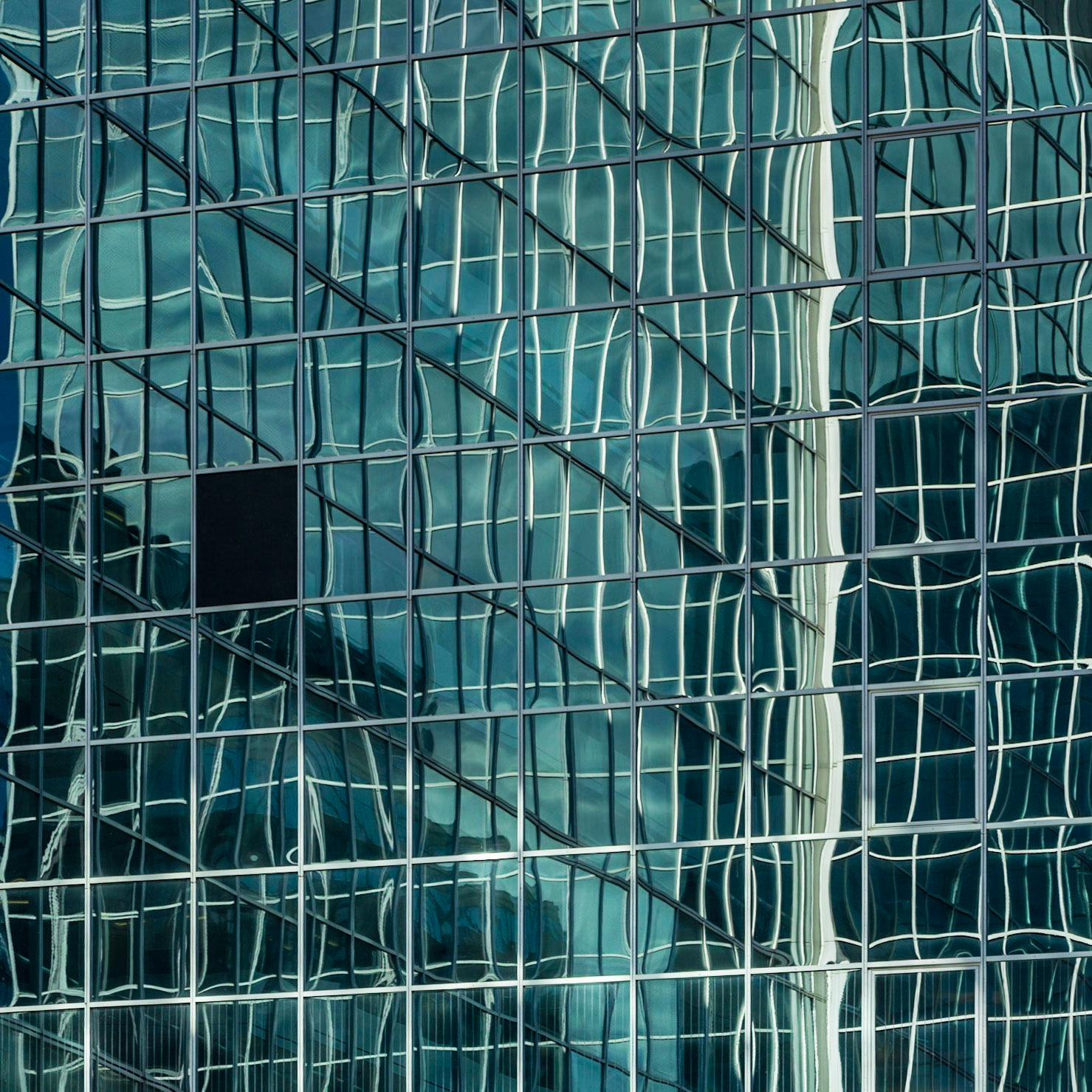 I initially thought the missing window pane was a problem with this shot of one building reflecting another, but then realized that by breaking the pattern it offered a centre of interest. 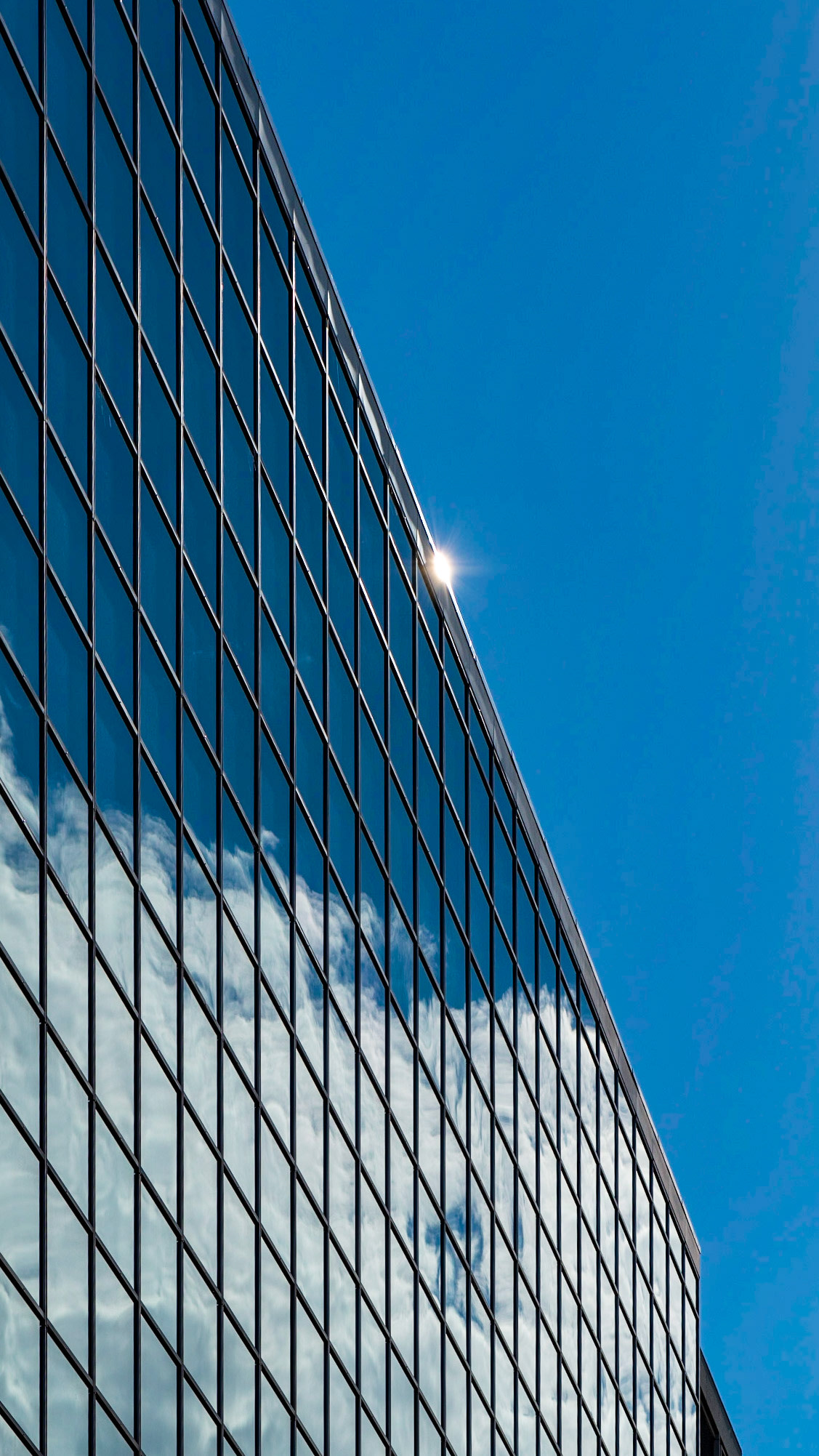 The building and sky divide the frame roughly in half, and the glint of sunlight provides a centre of interest. I tried to choose enough reflected clouds to provide some balance to the composition. 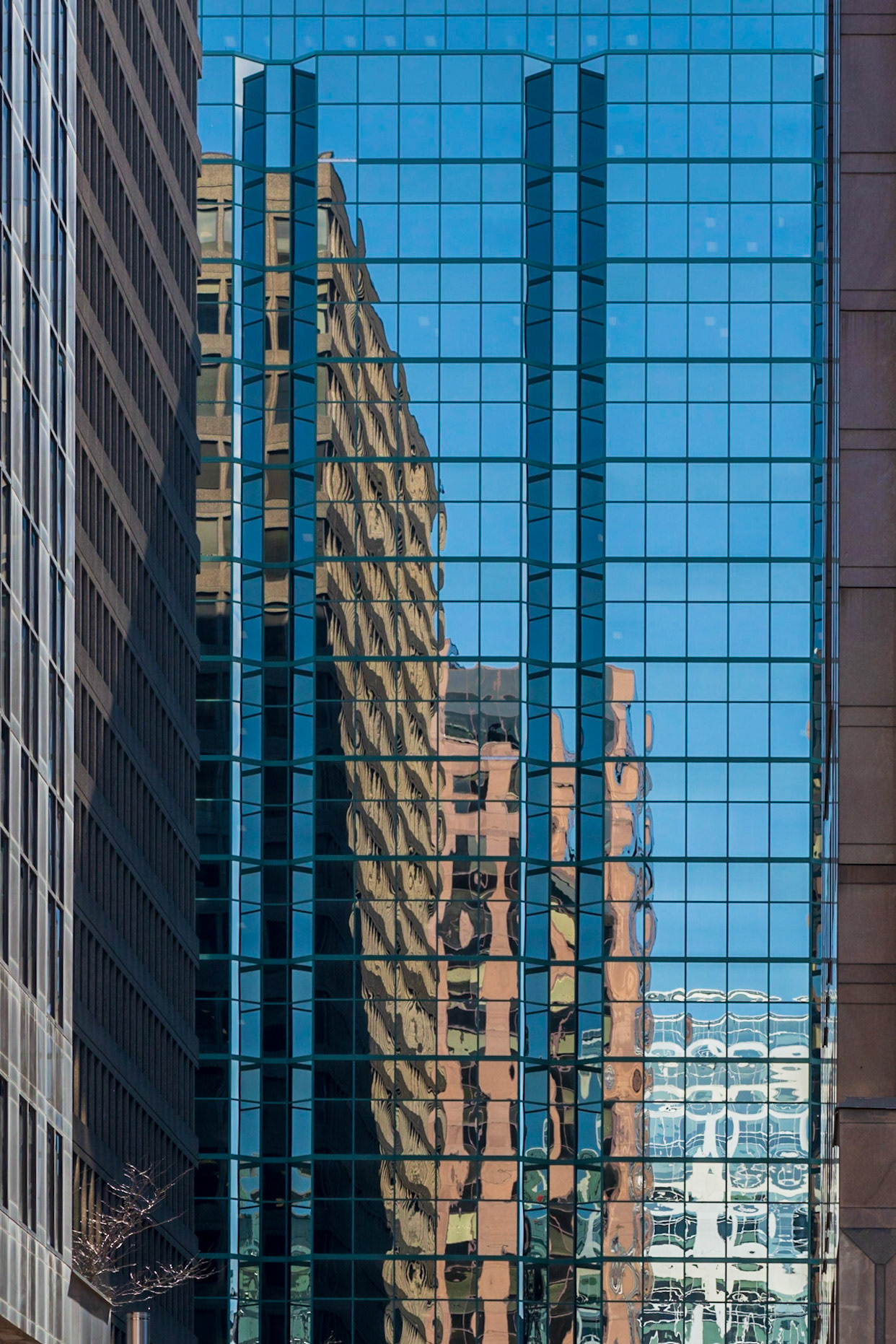 A fairly conventional shot of a row of buildings reflected in another building. There are several strong verticals in this composition that I’ve tried to arrange in a pleasing manner.