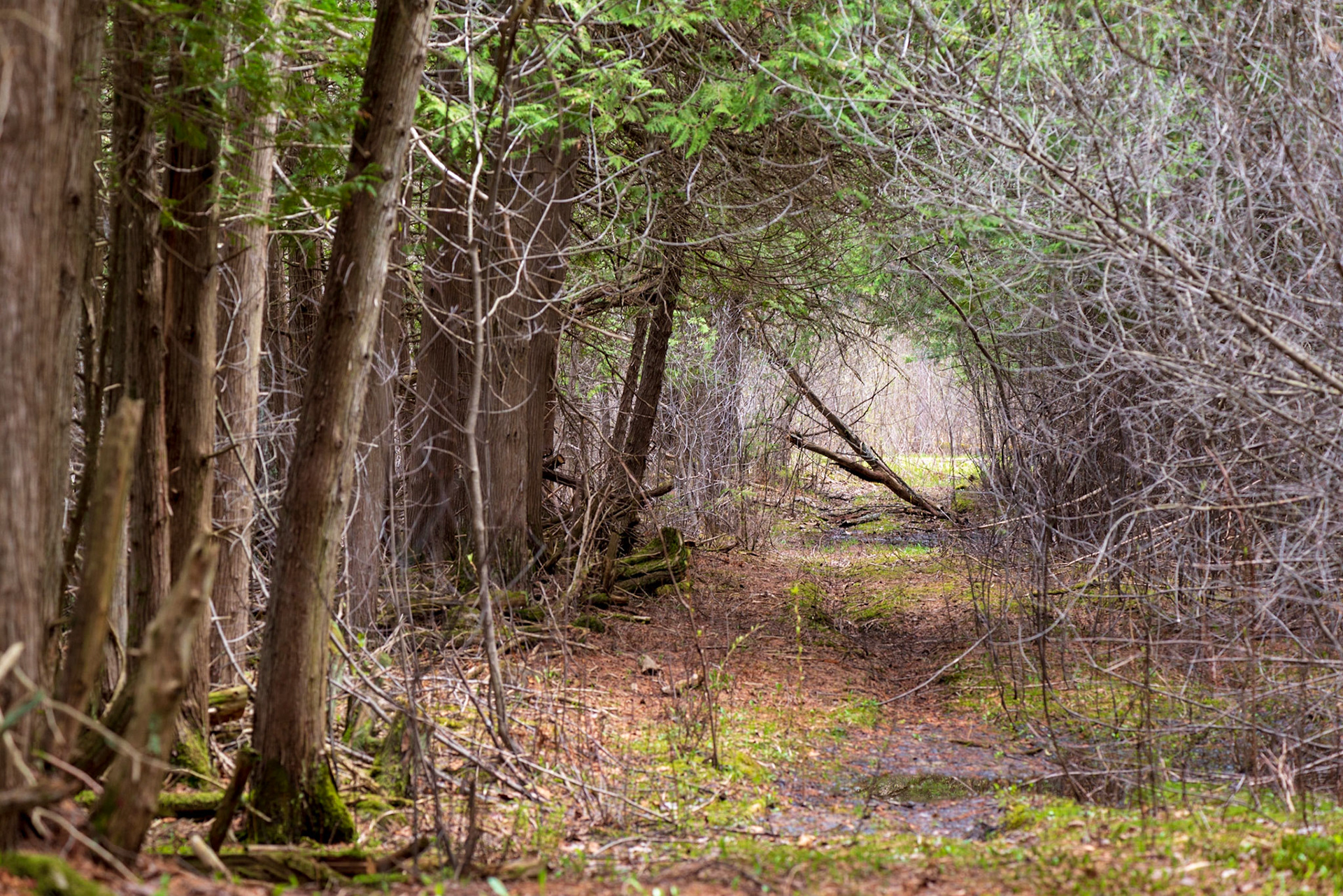 This shot of a path in the forest captures the quiet serenity of the day. The overhanging trees seem to form a tunnel, through which we see our destination illuminated. 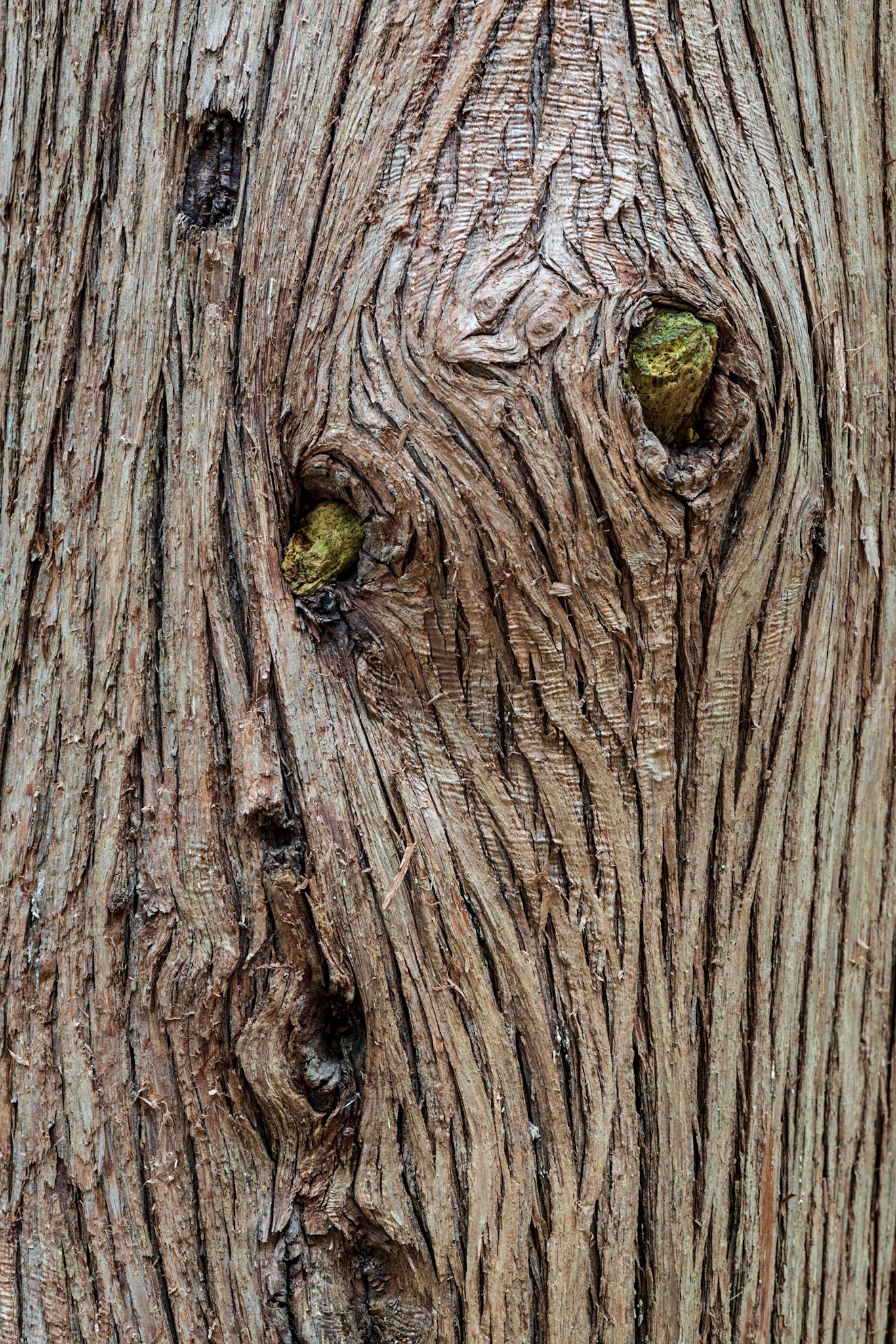 Bark is a favourite subject of mine. I love the texture and flowing lines, punctuated with knots, and in this case touches of green. 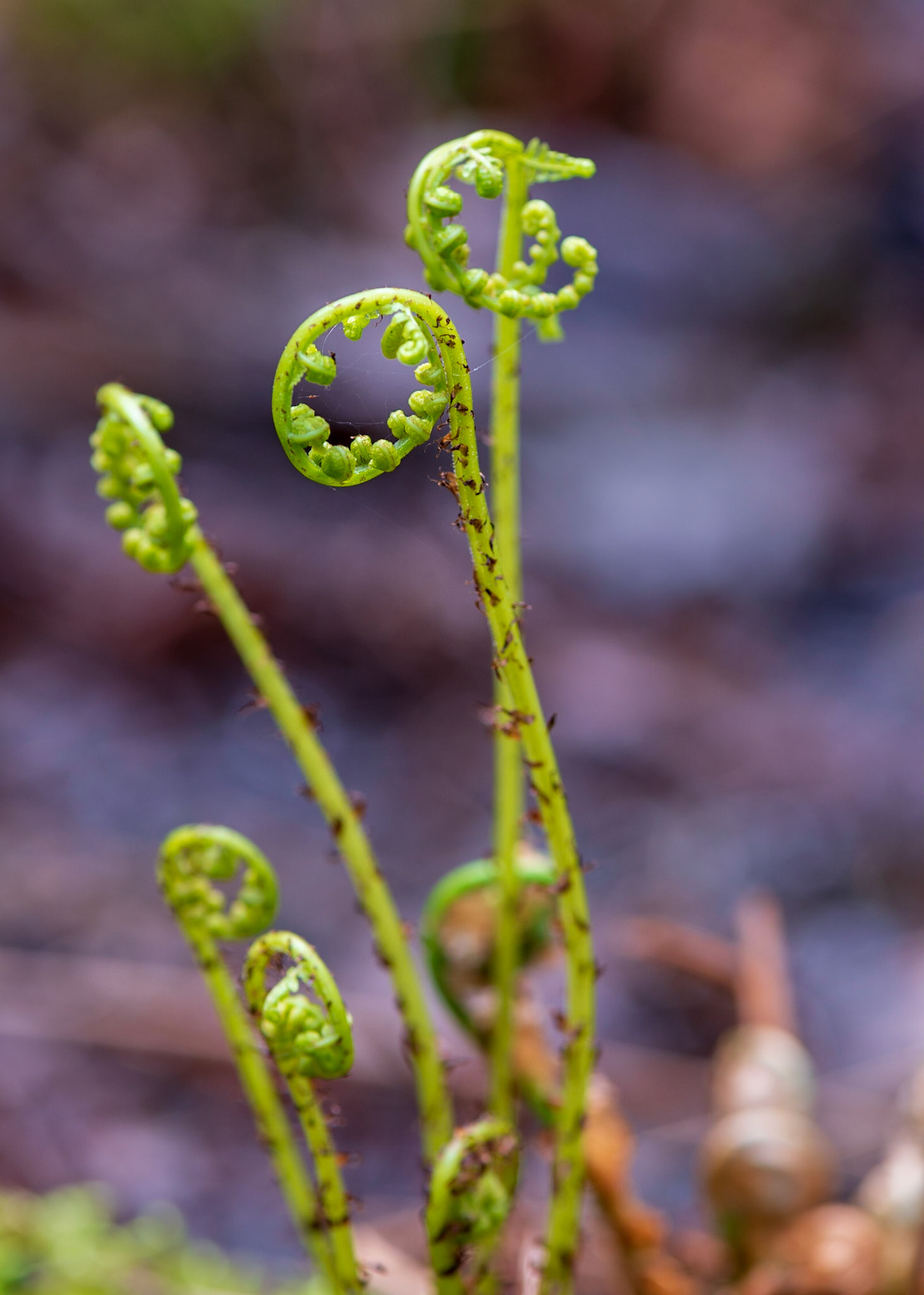 I was down on my knees, with my tripod legs extended flat to the ground, to capture this shot. I particularly wanted the circular fern to be sharp and isolated from its brethren, with as soft a background as I could manage. 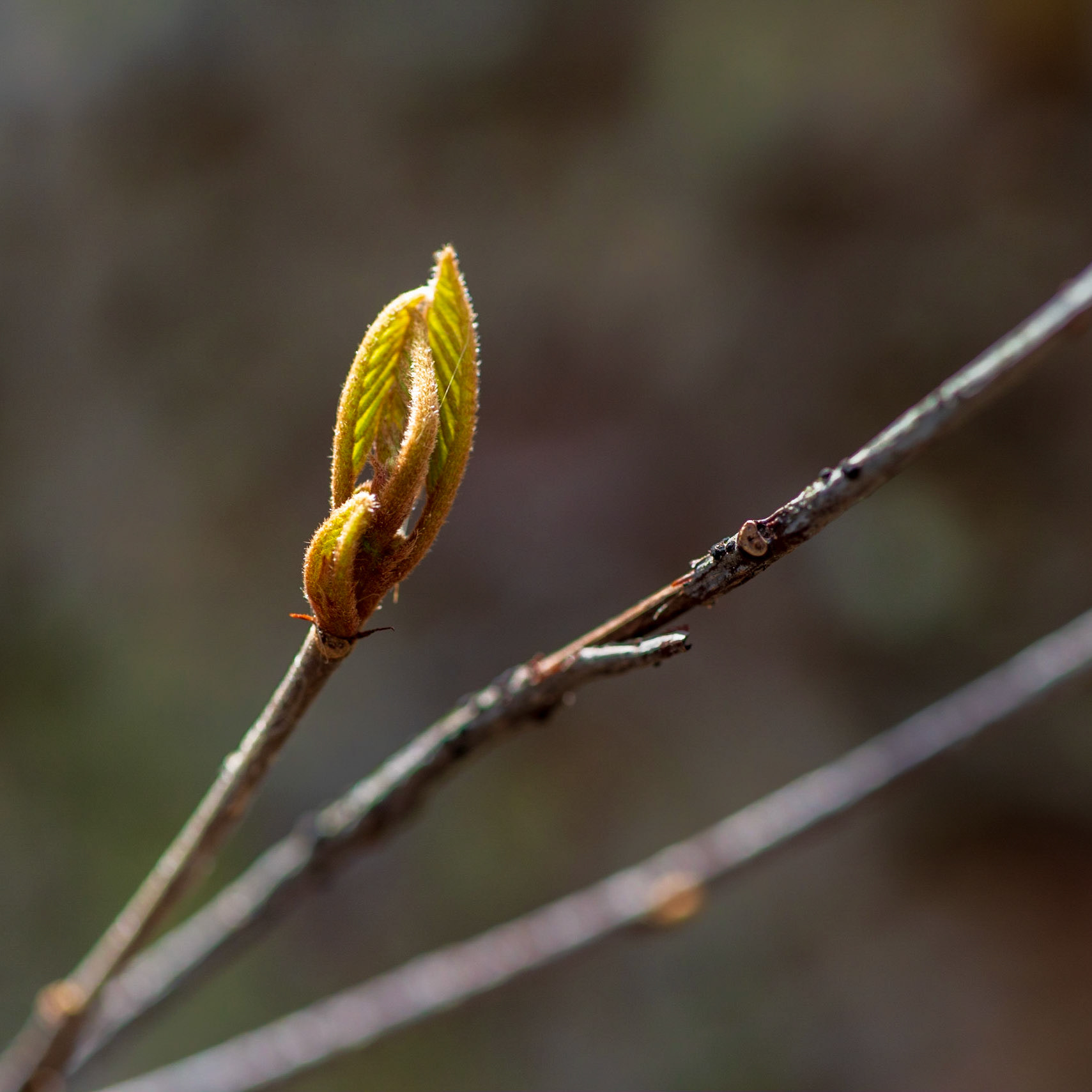 This was shot handheld, and since there was a slight breeze, several tries were needed to capture one with the bud in sharp focus. The three branches, evenly spaced diagonally, add to the composition. 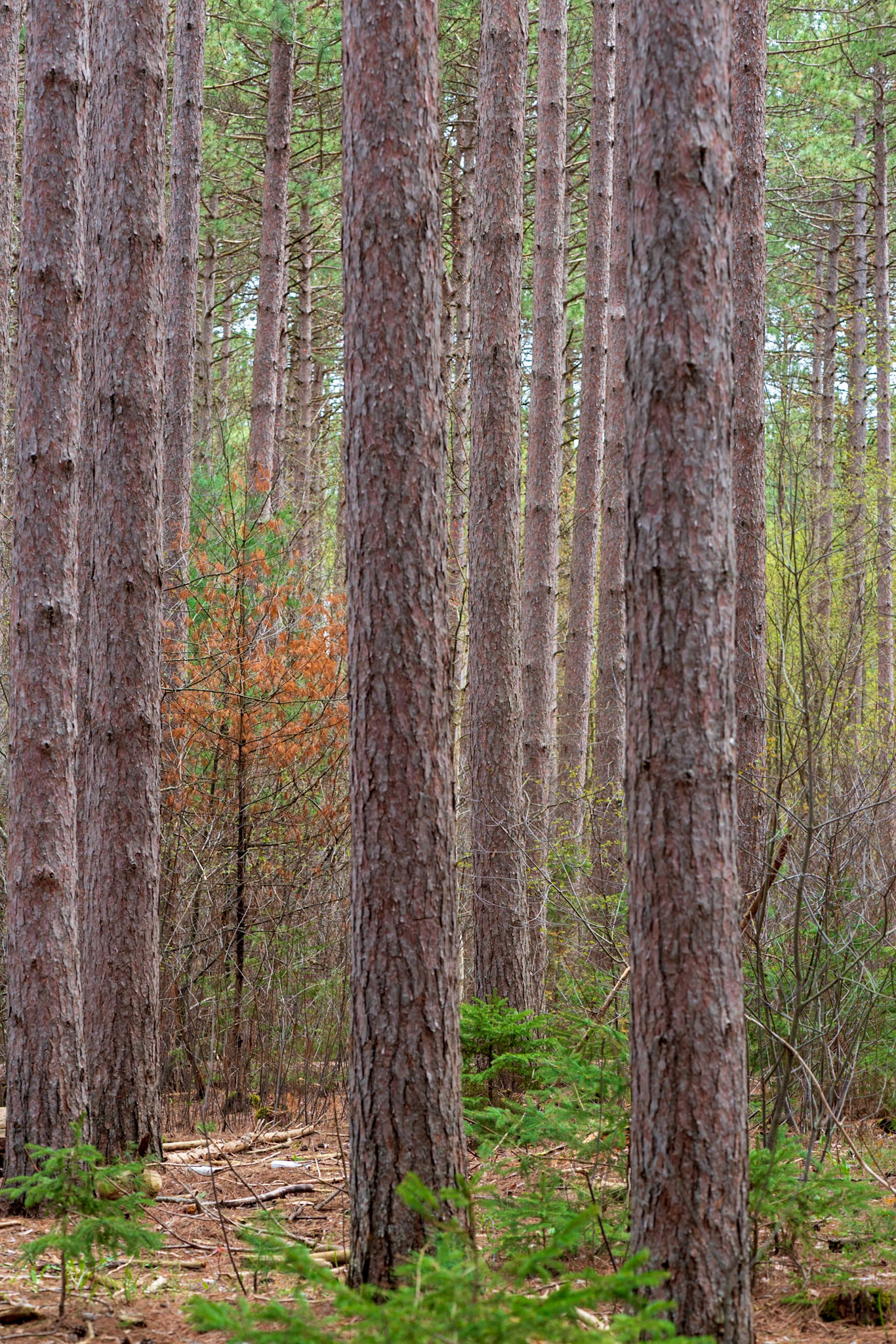 Soft, pastel, colours with a touch of red to provide a centre of interest. Arguably, it could also work with less green on the right, but I think this gentler composition suits the mood of the day. 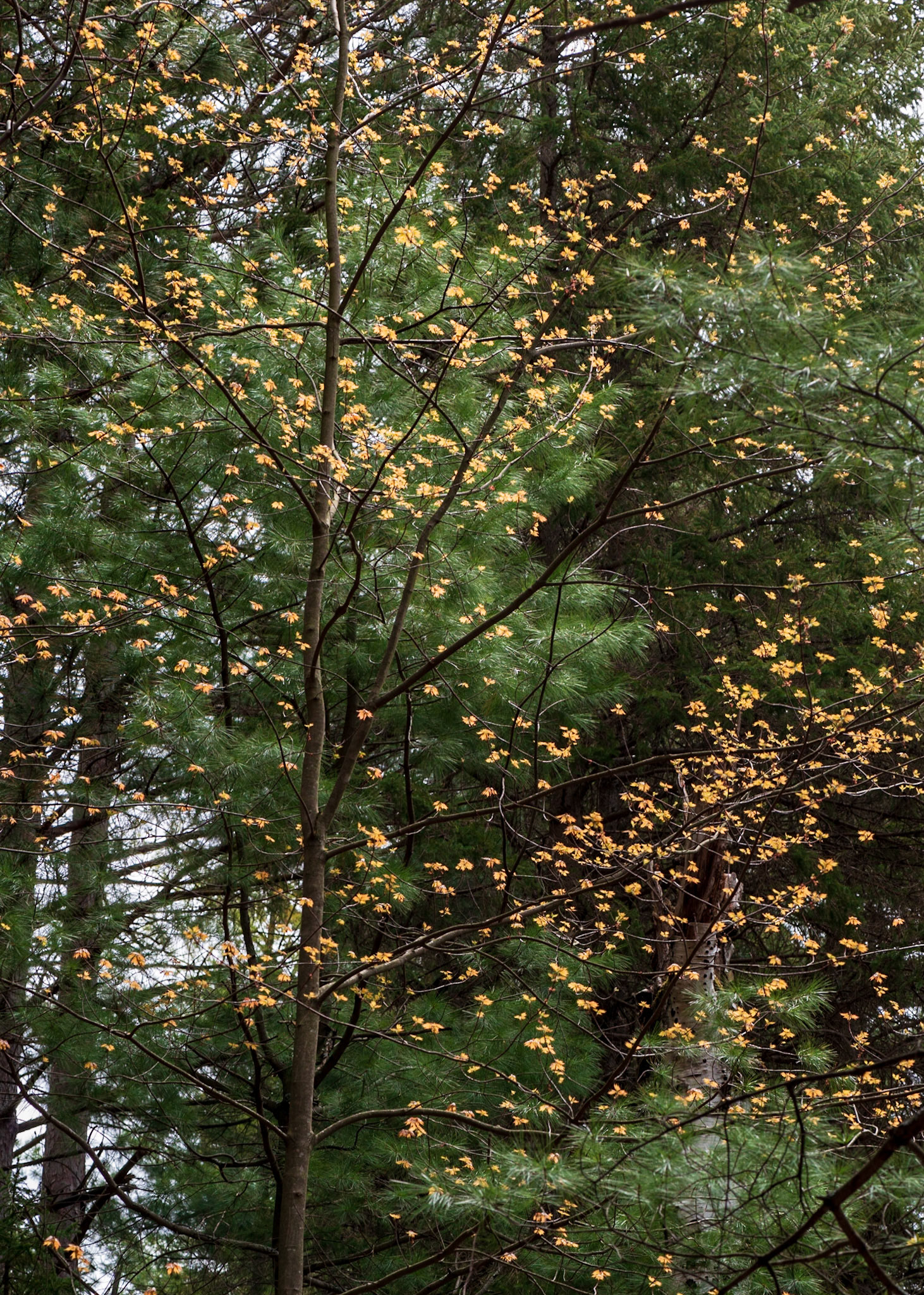 There were many shots like this, where the bright yellow leaves seem to add sparkle to the scene. There is some competition from patches of sky, but the yellow predominates. 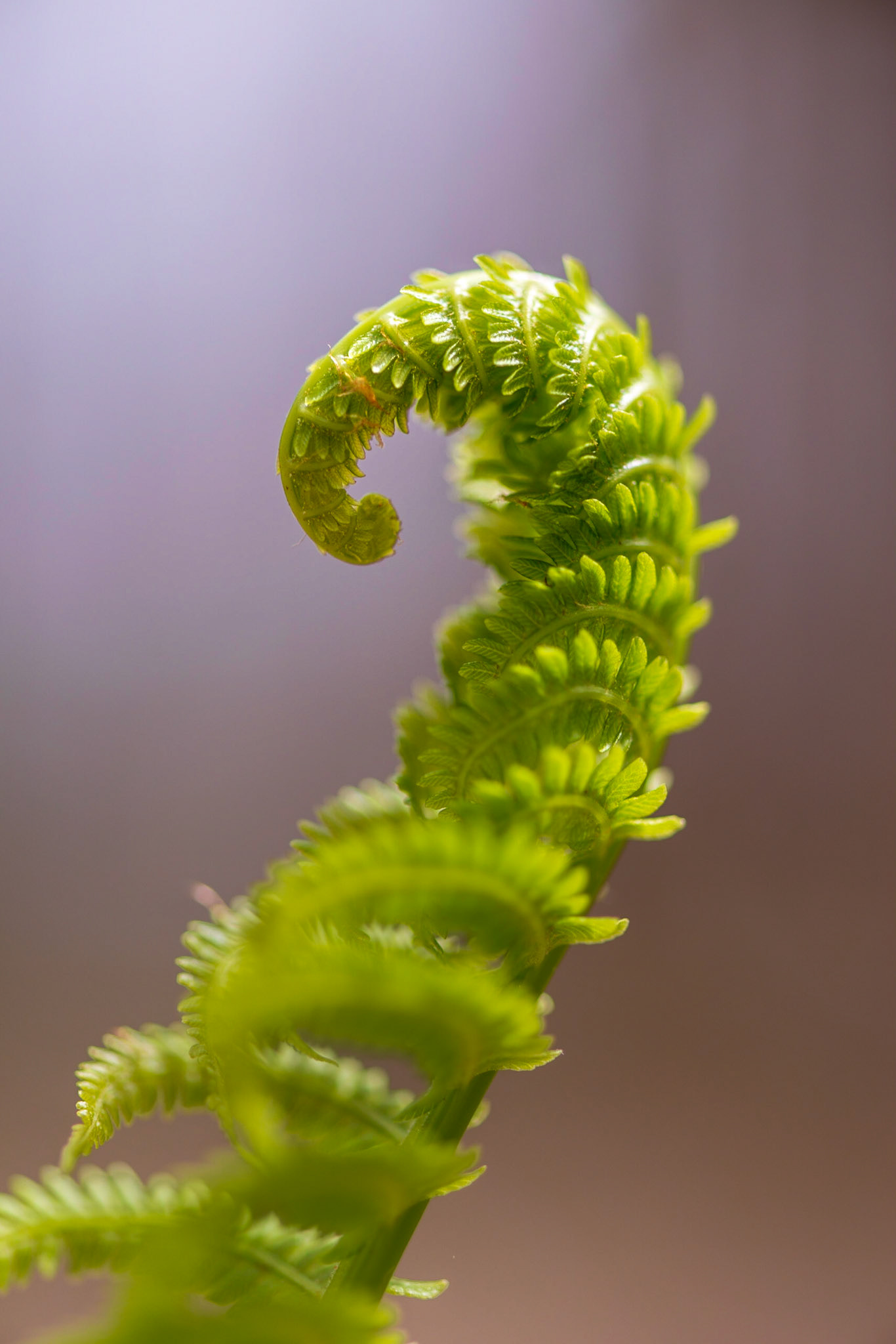 This was shot handheld while lying on the ground. I like the way the light coming from the upper left sweeps across the tip of the spiral, and how the out-of-focus swirls in the foreground add to the sense of spin. 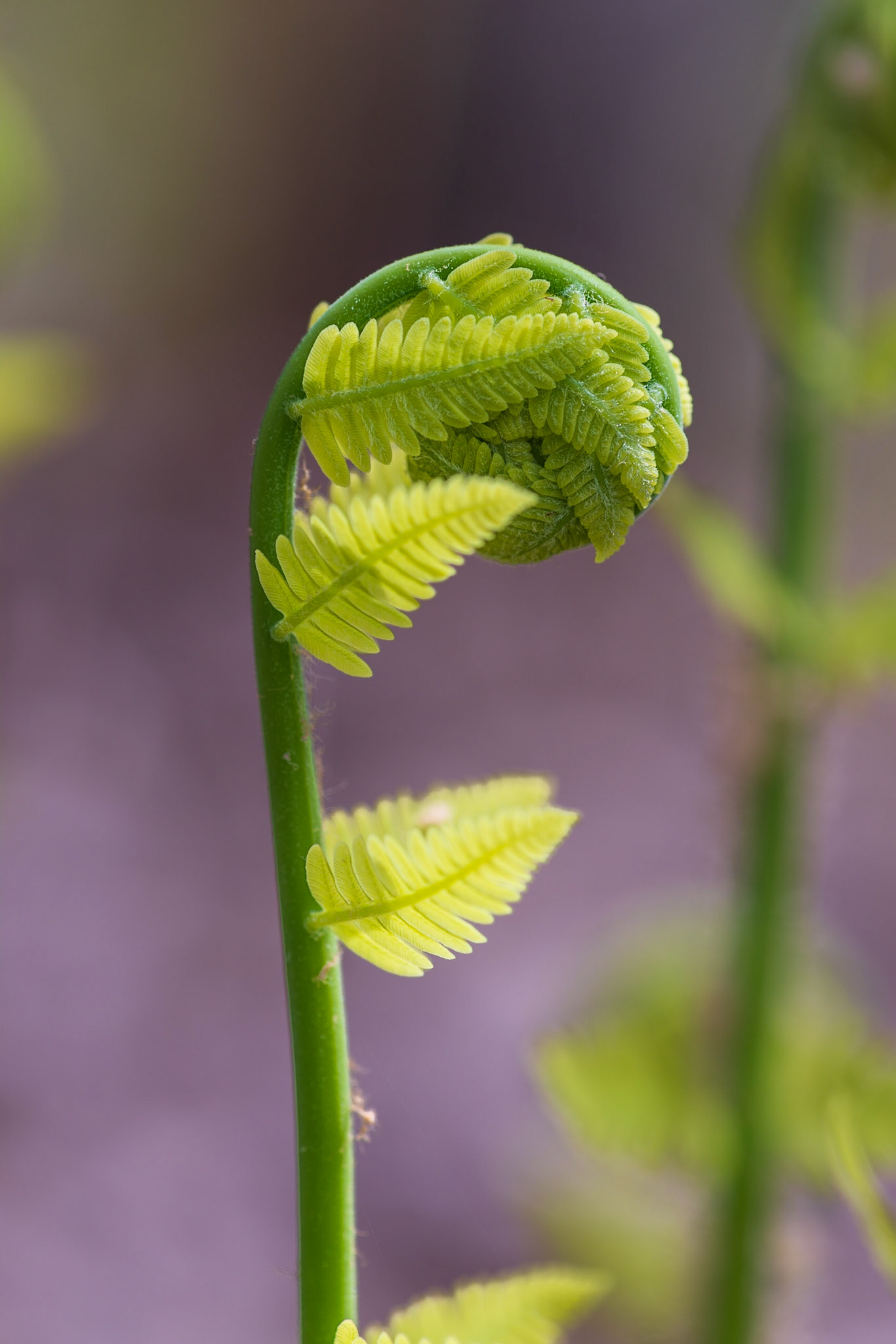 This is a bit of a playful shot, with the bashful fern seeming to hide from my camera. It was framed to have as unobtrusive a background as possible. 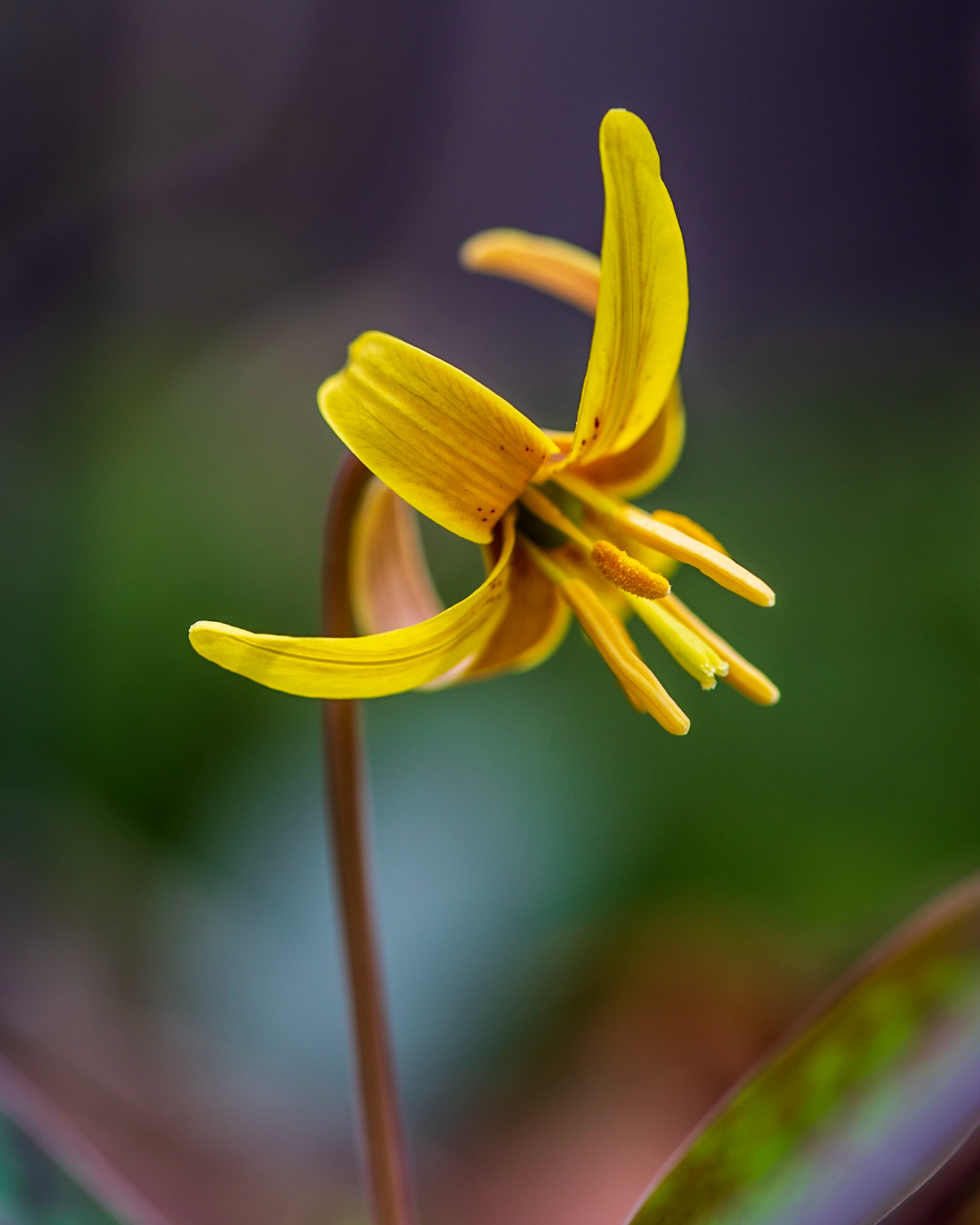 Here again I was lying on the ground and shooting handheld. The flower was only a couple of centimeters across, and several shots were needed to get the stamen in focus despite a slight breeze. 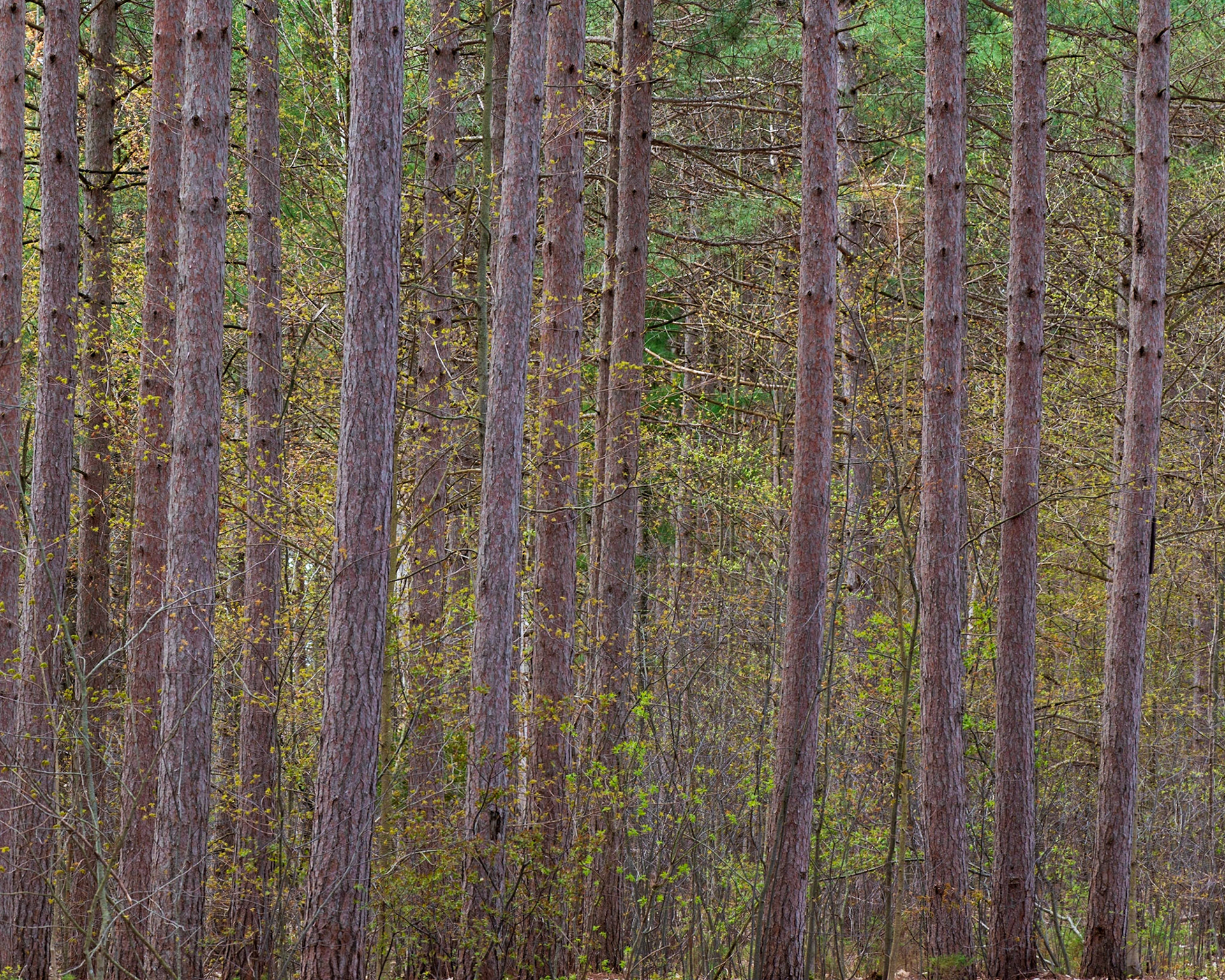 Gentle, pastel colours flowing amongst the verticals expressed by the trees. No real centre of interest, but I find this scene captures the serenity of the forest. 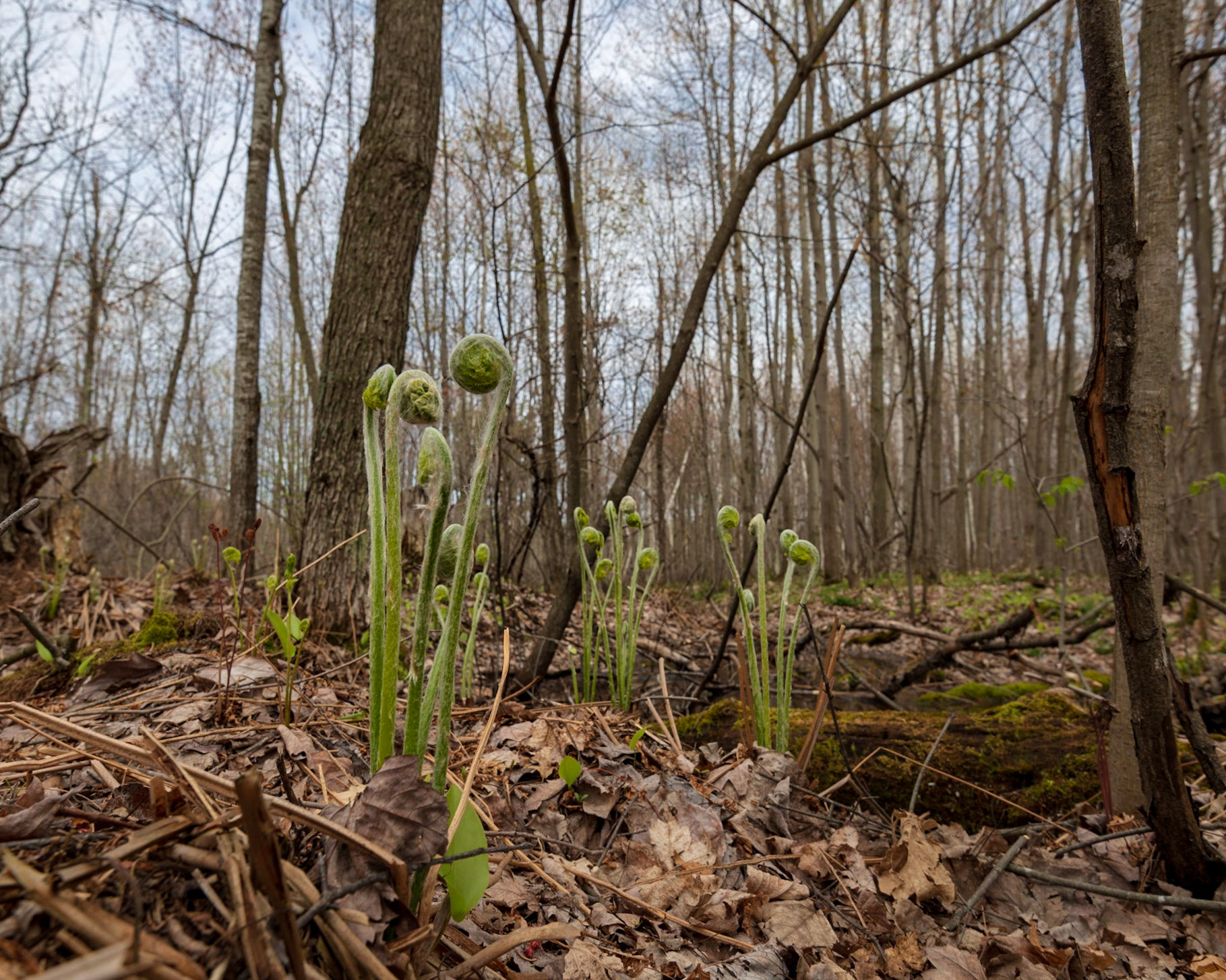 Shot hand-held using a wide-angle lens, this photograph places the emerging ferns in their forest context. 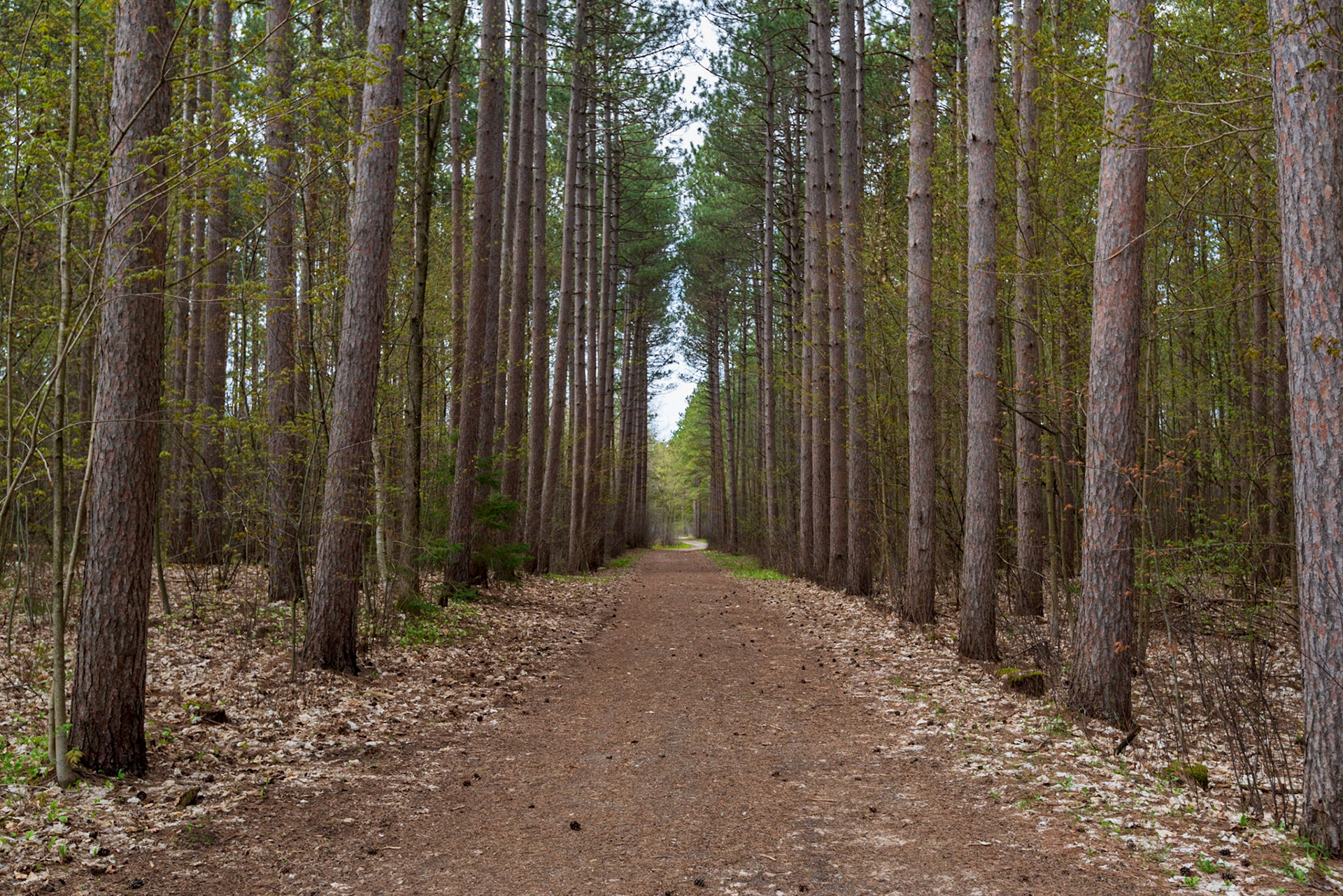 This is the main Chalet Loop trail taken from the entrance gate. This area was originally a tree plantation, which is why the mature trees appear in evenly spaced rows.