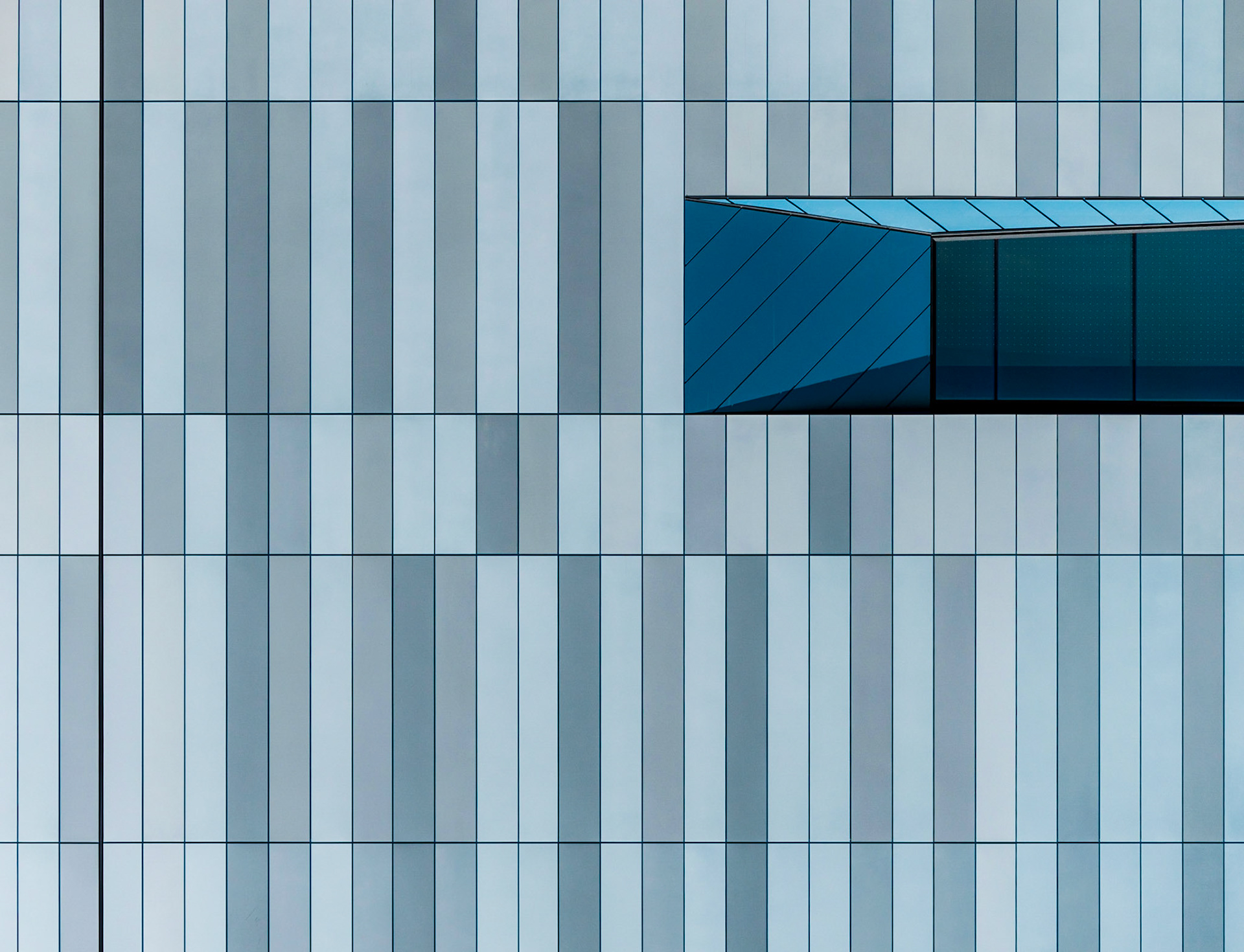 This shot of the building next to the museum has been abstracted to one of pure geometry. I’ve taken liberties to rotate and mirror-image the original shot to one that I find more aesthetically pleasing. 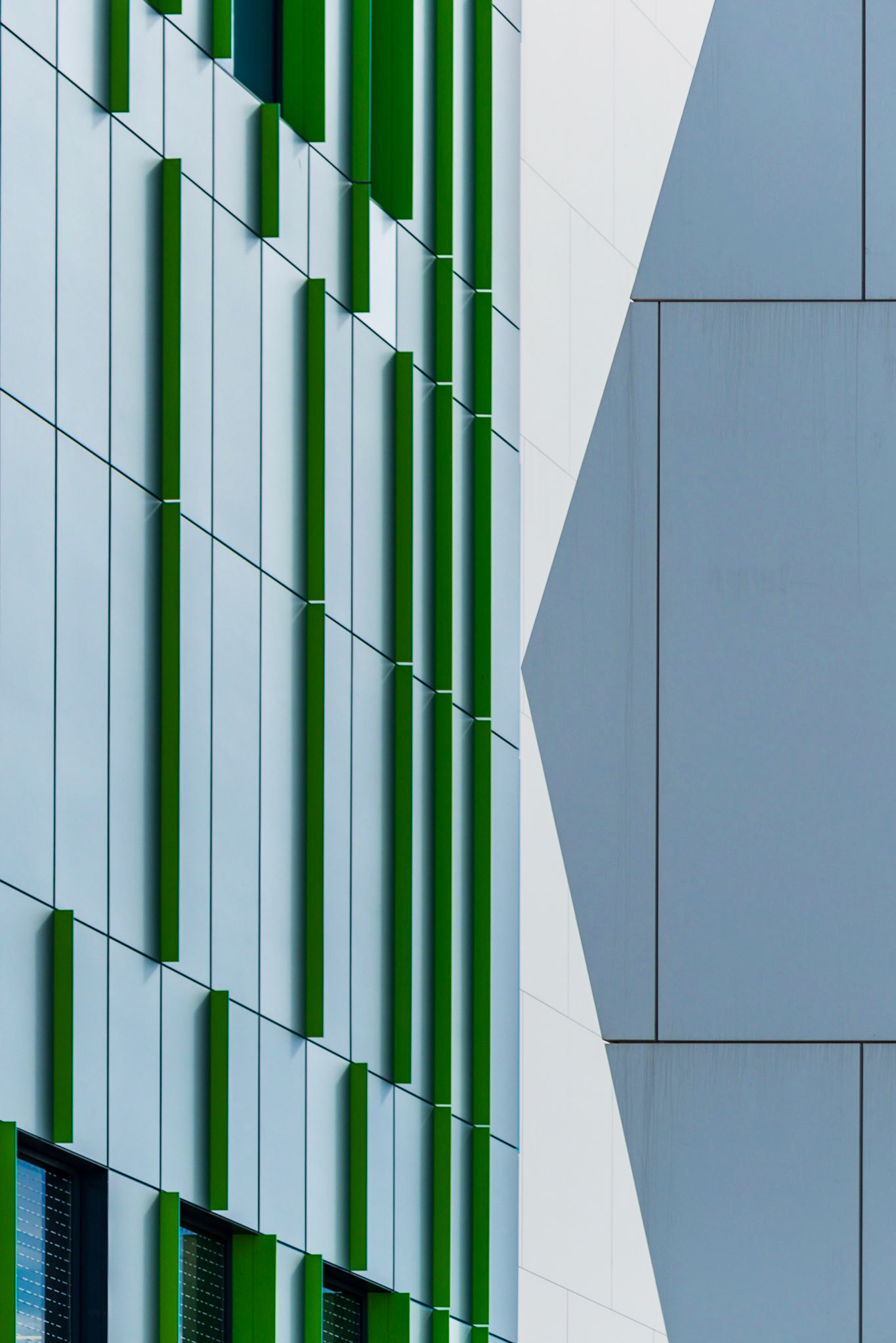 In this case I noticed how the shape of the museum building interacted with the building next door, and positioned myself to exploit this interaction in a creative way. 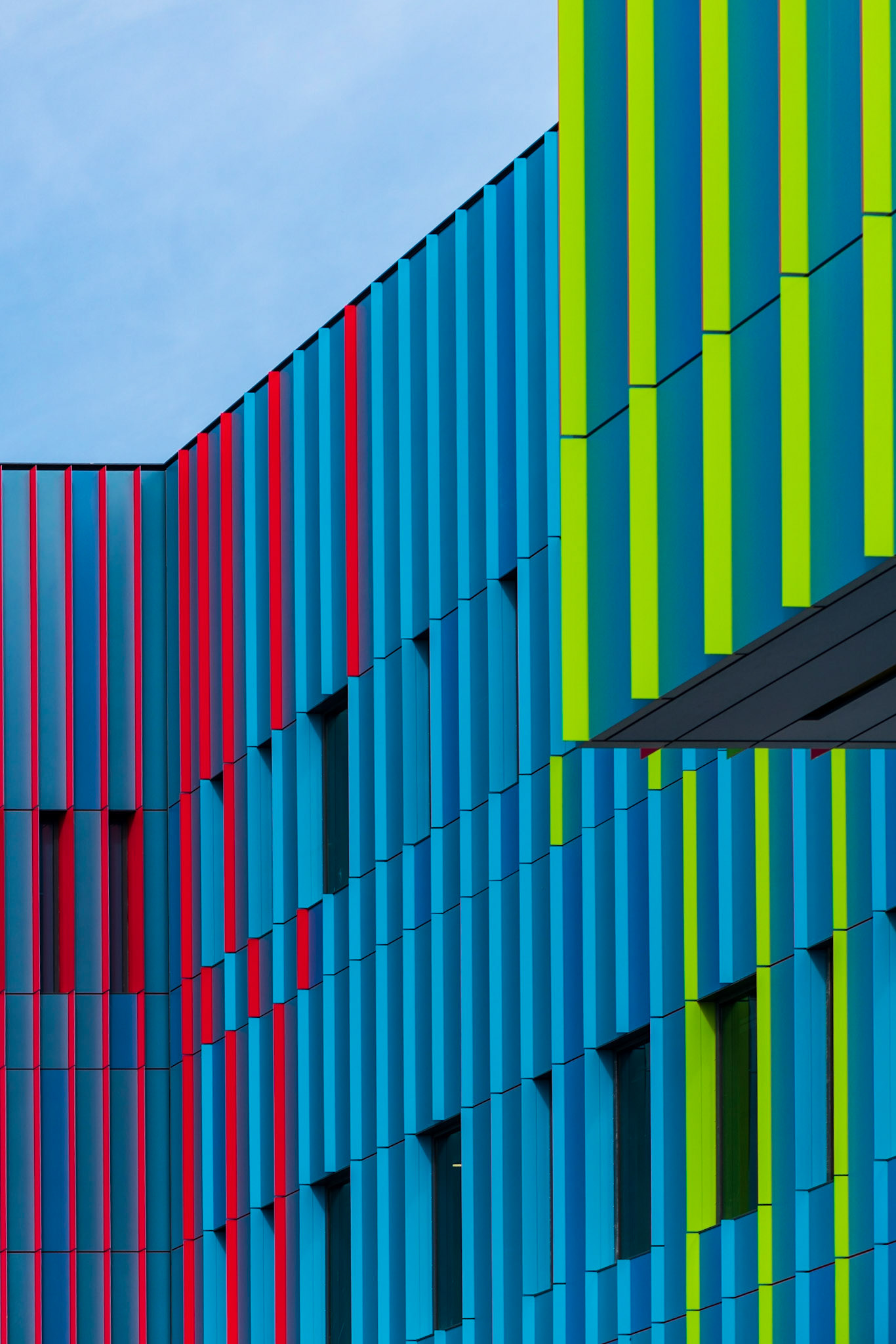 This is a straight shot of the building next to the museum, but composed to balance the Red, Green and Blue in a pleasing way. 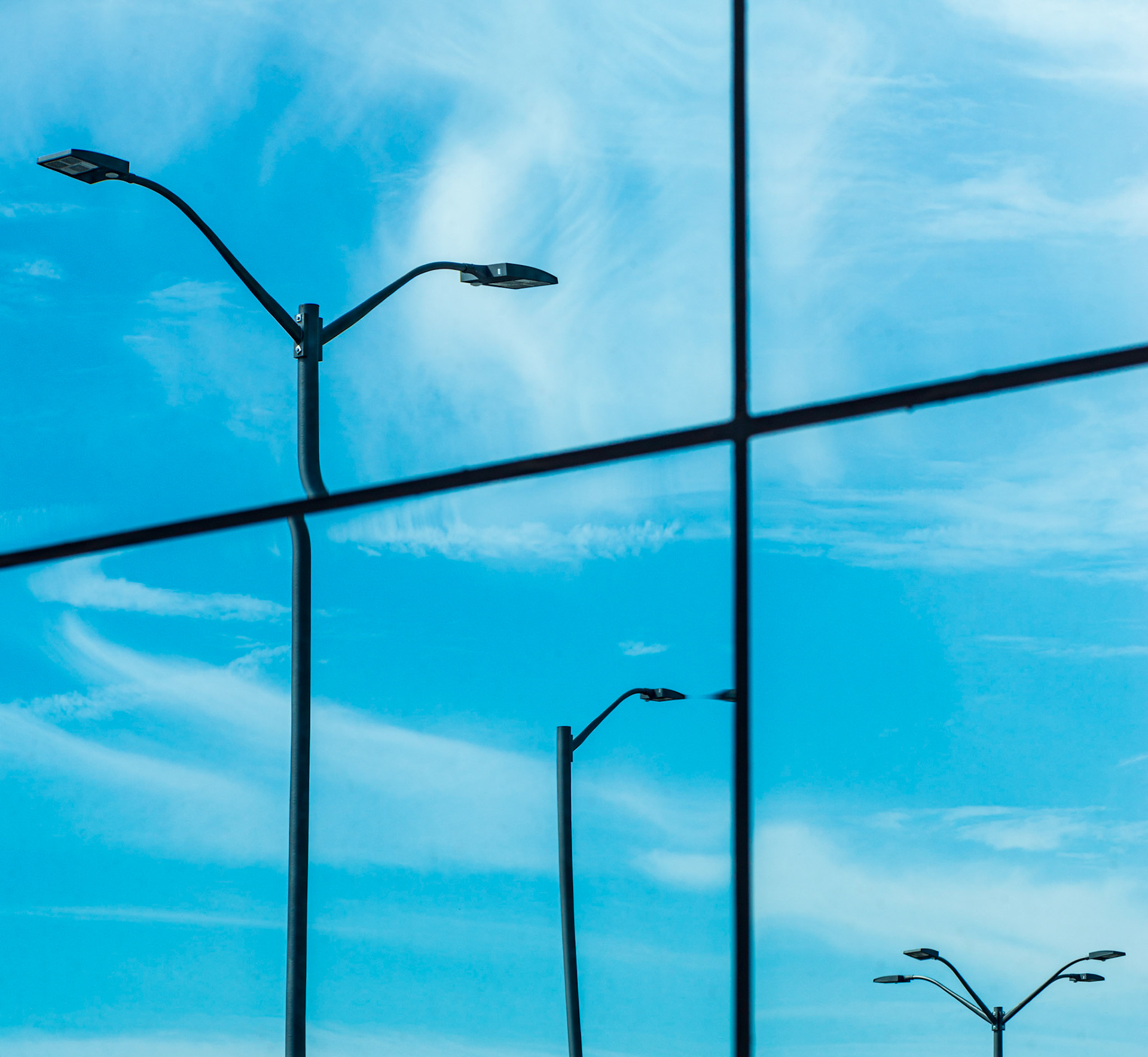 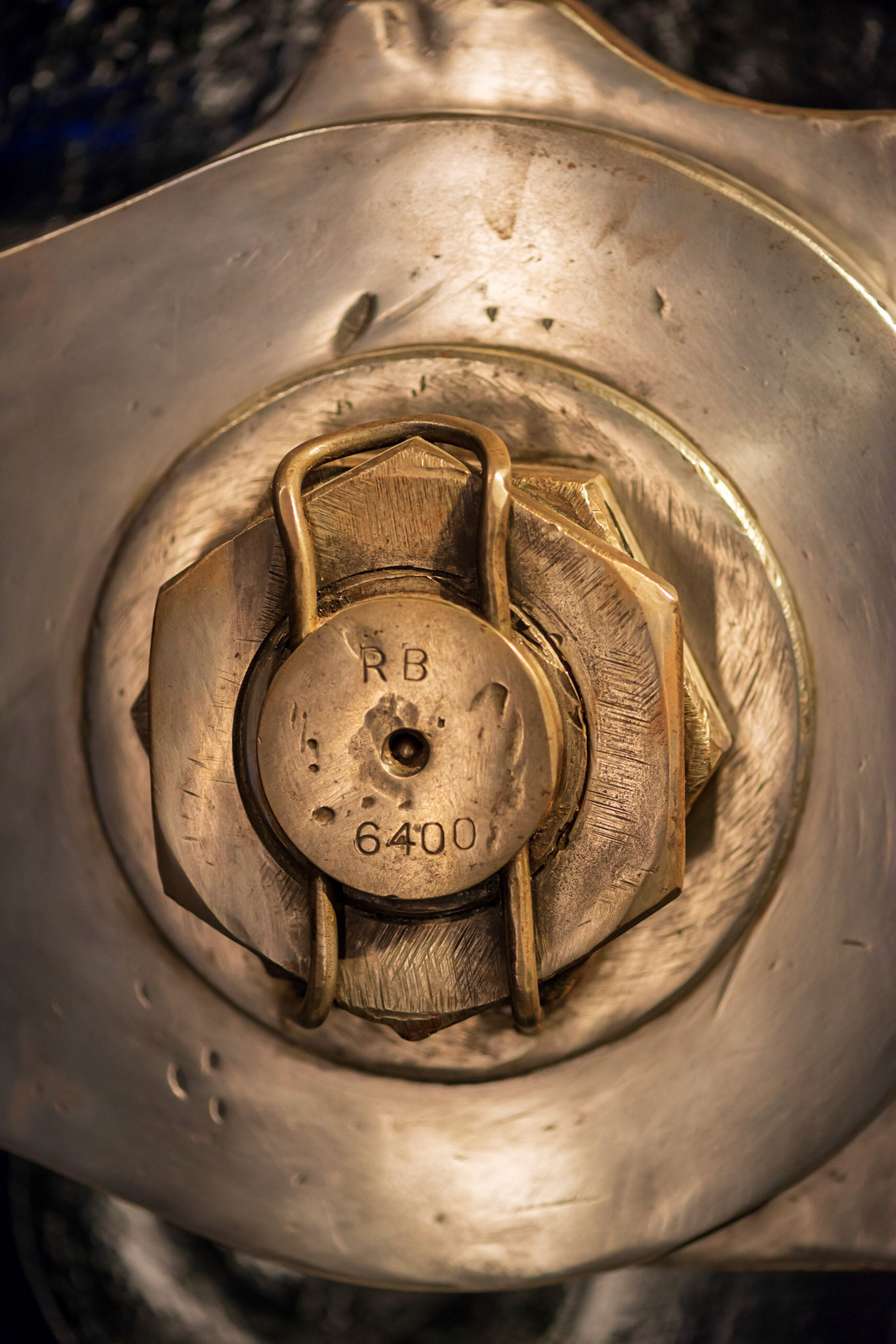 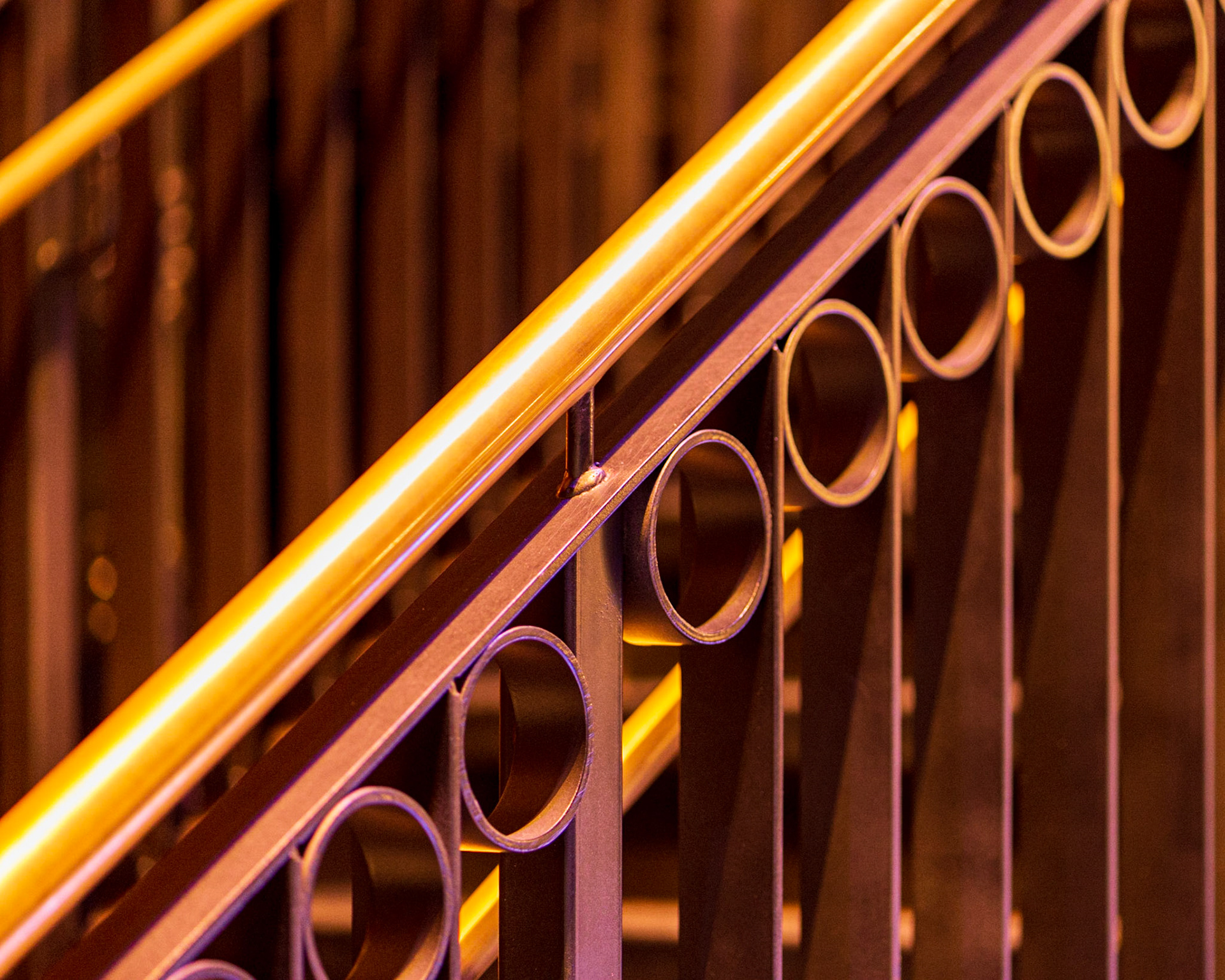 This stairway leading to the cabin of a locomotive presented me with an opportunity to capture an image featuring circles and lines in repeating patterns.

Sometimes interesting abstracts appear in the oddest of places. This is the bumper of a vintage car reflecting the lights, displays and guard rail in its vicinity. I took several shots to explore different compositions. 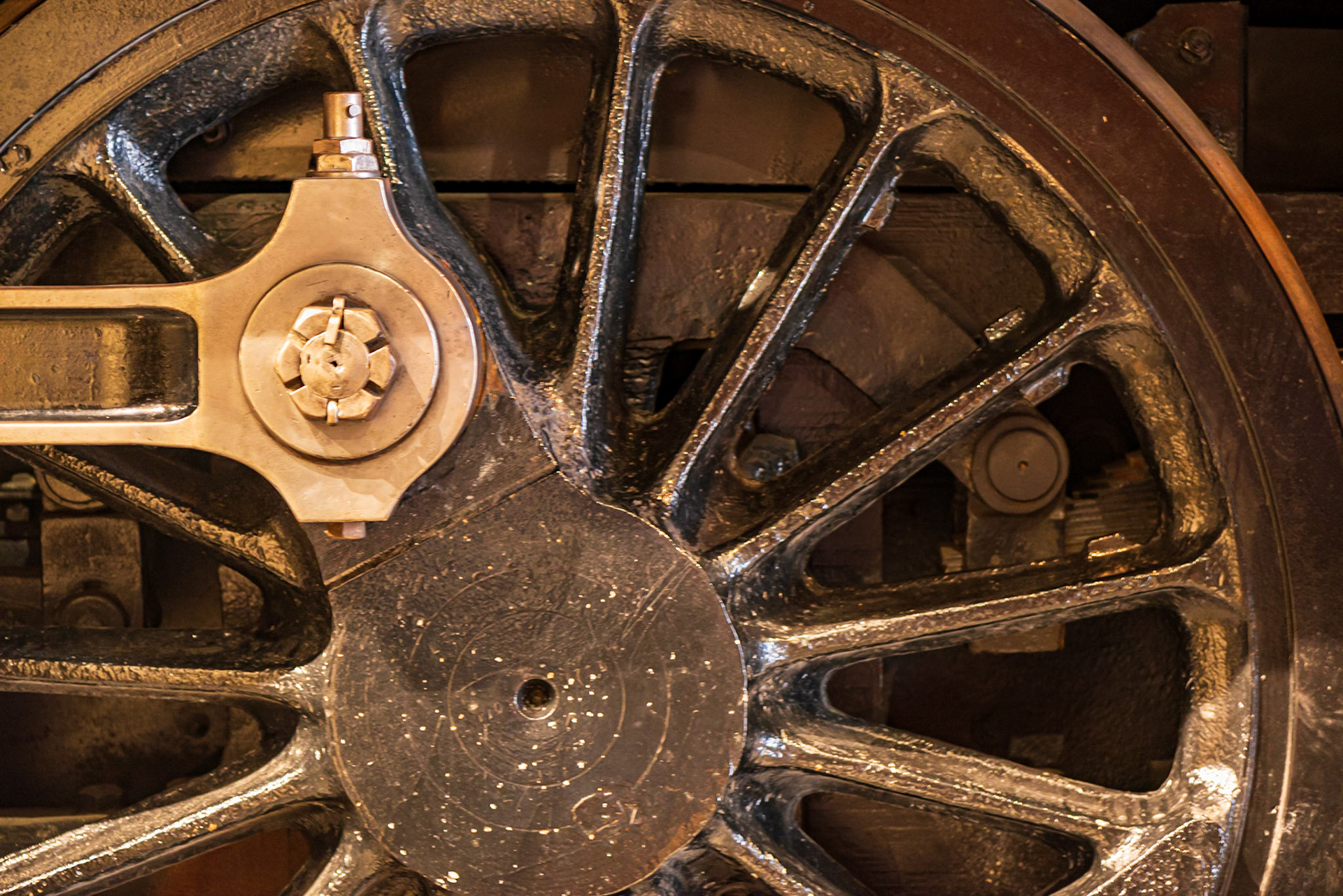 The wheels and pistons of locomotives offer many opportunities to explore the spatial arrangements of circles and lines in the photographic frame. I included only a small part of the piston in an effort to maintain visual balance in the composition. 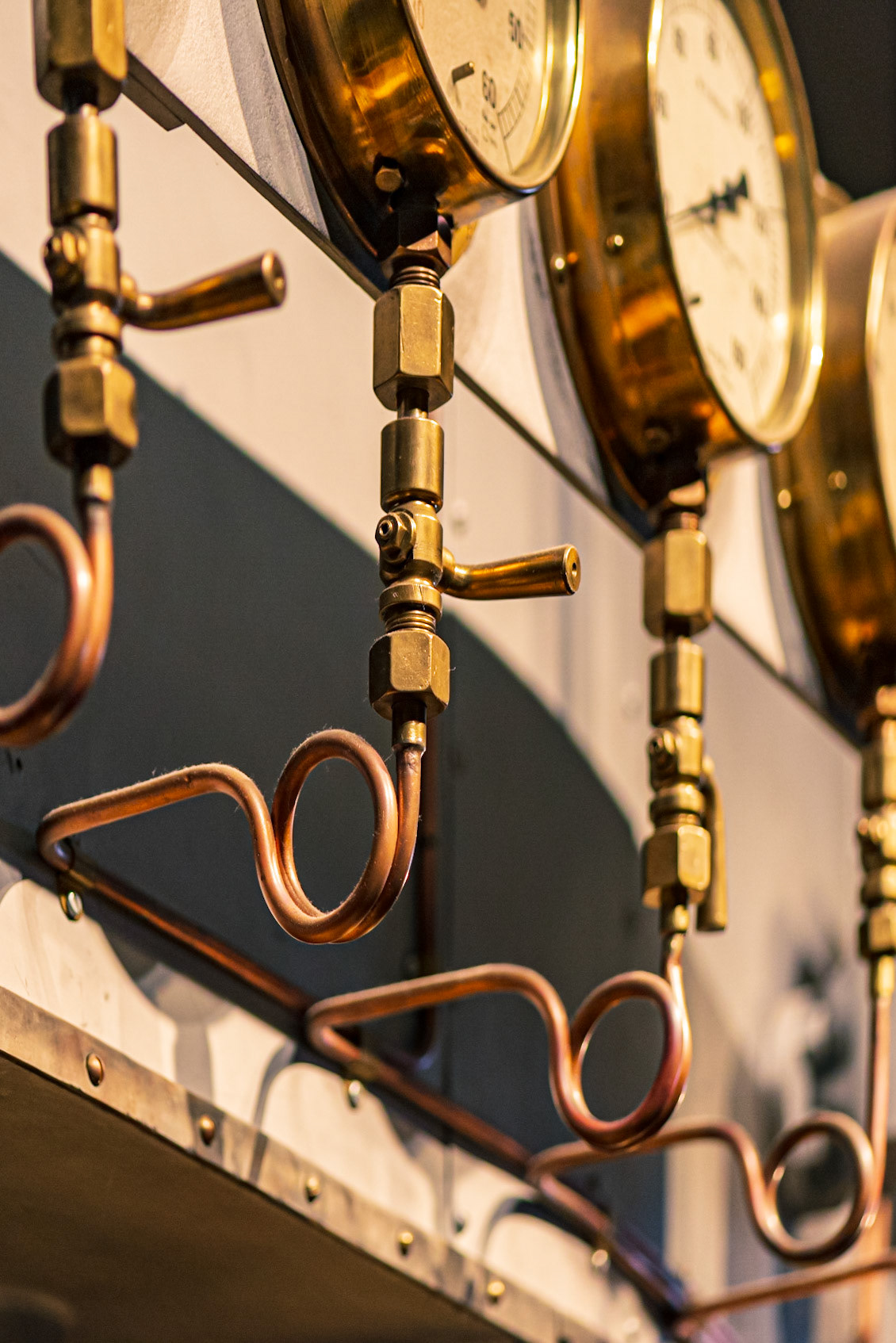 This is a small part of a steamboat engine. I included the dials to give a hint of what this is, but I was interested in the shape of the copper tubing and the repeating pattern of shapes. 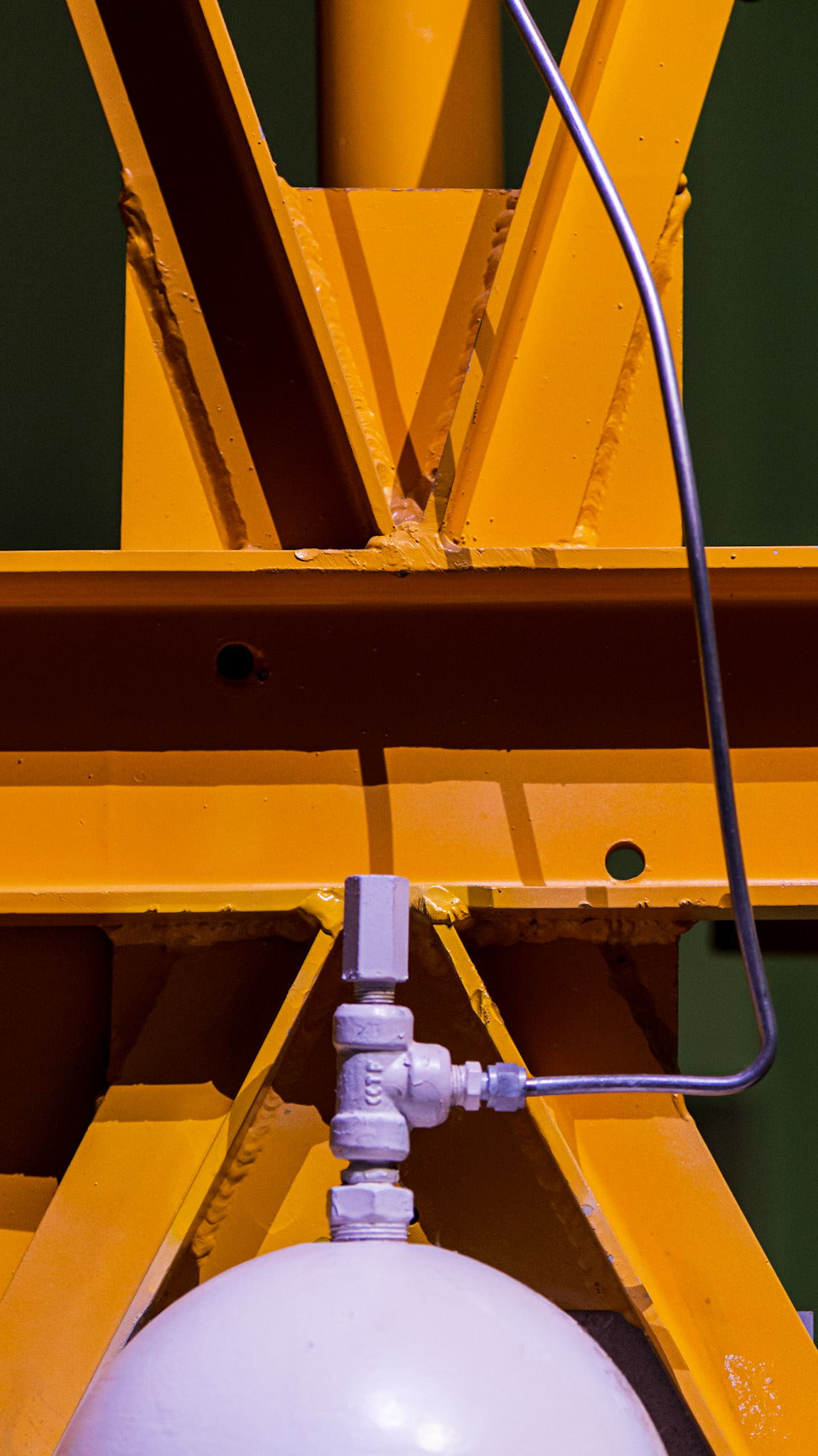 The strong orange X shape is juxtaposed with the soft mauve semicircle contributed by the tank. The tube feeding the tank helps to lead the eye up and down within the frame. 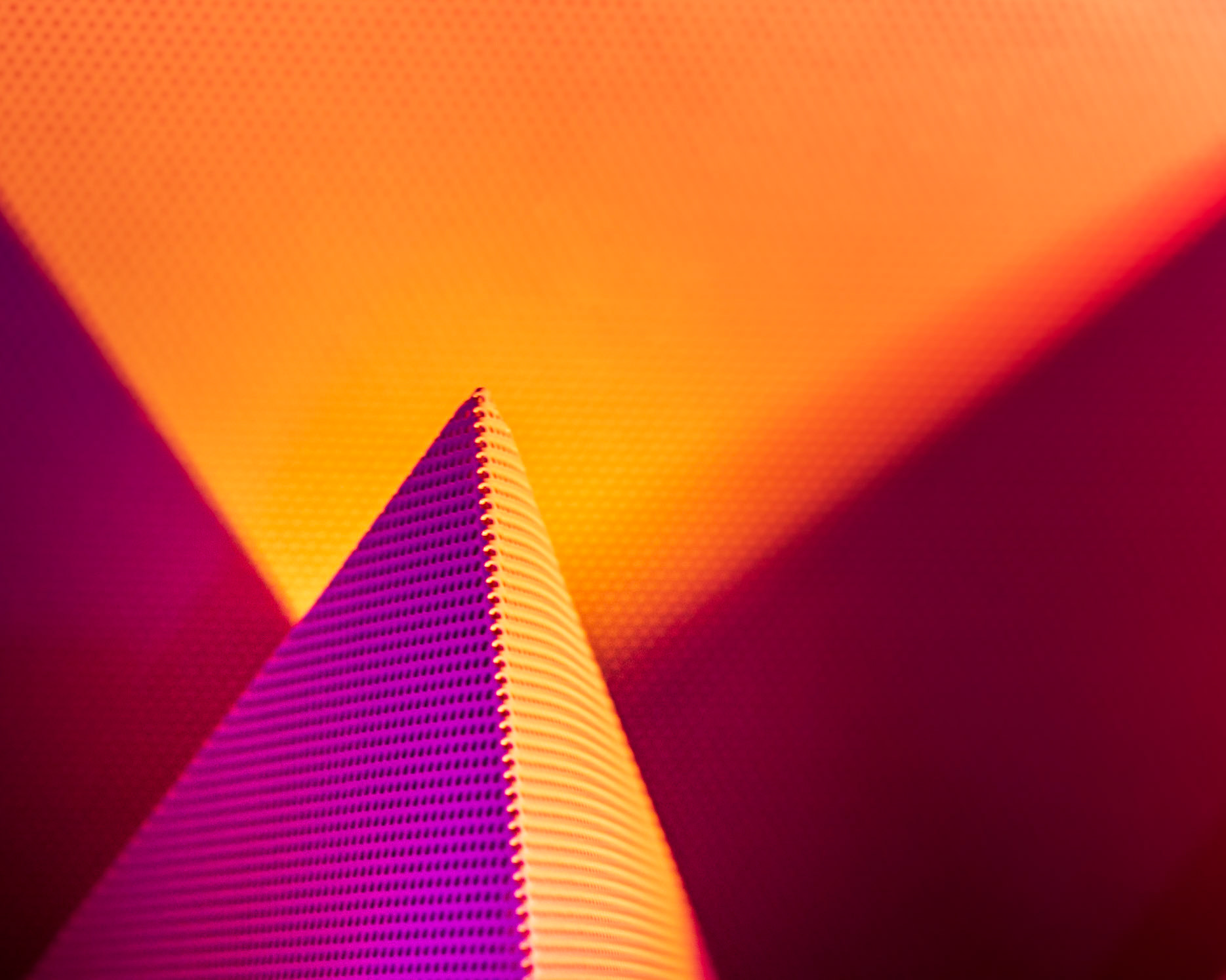 An anechoic chamber (echo-free room) can be found in the museum and this is a shot of the sound absorbing material coating the chamber. I’ve flipped the shot upside down to give a stronger composition. 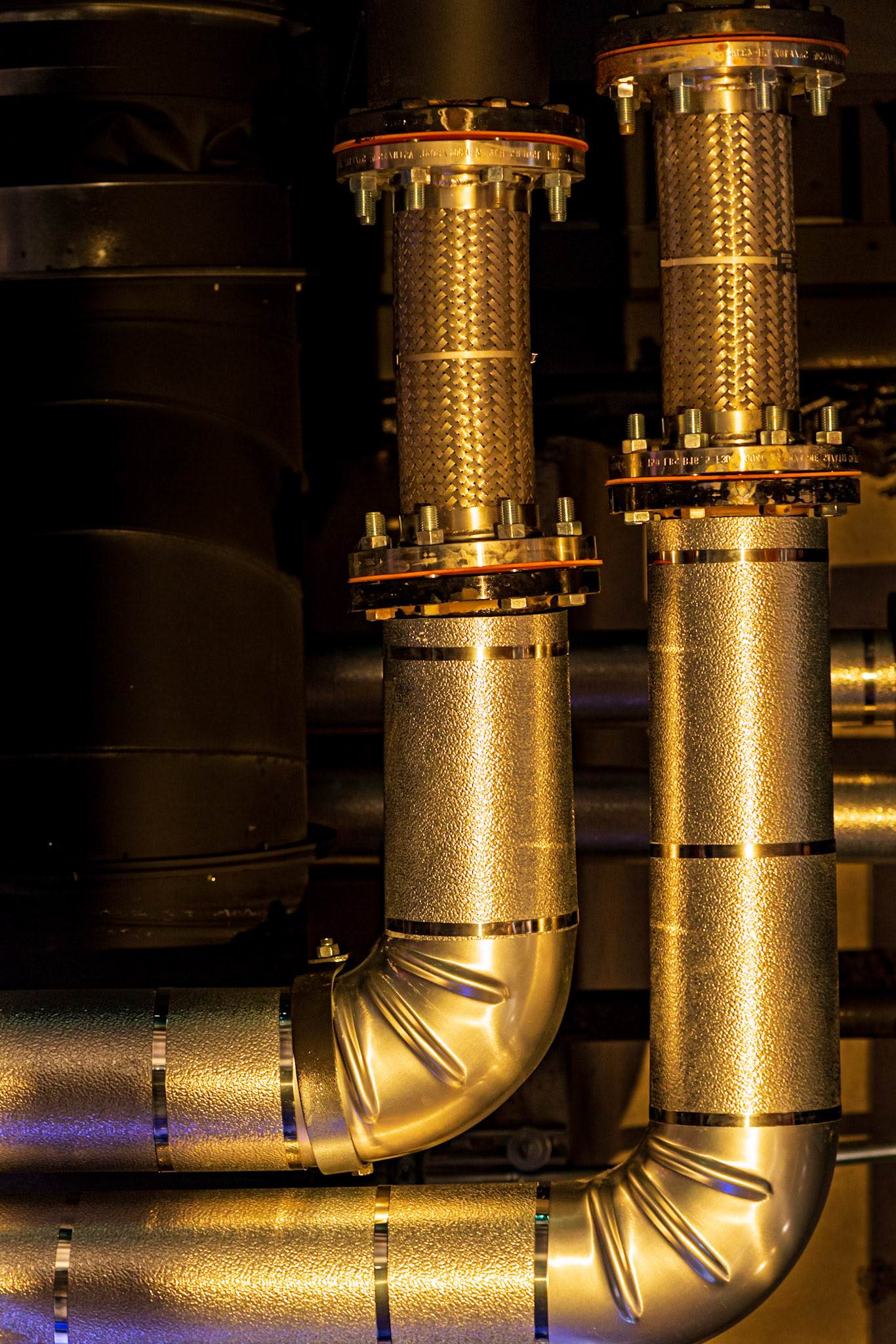 I try to look in all directions as I explore an area. In this case I spotted what I think are heating ducts in the ceiling that offered interesting shapes and were lit with a soft golden light by the museum displays.