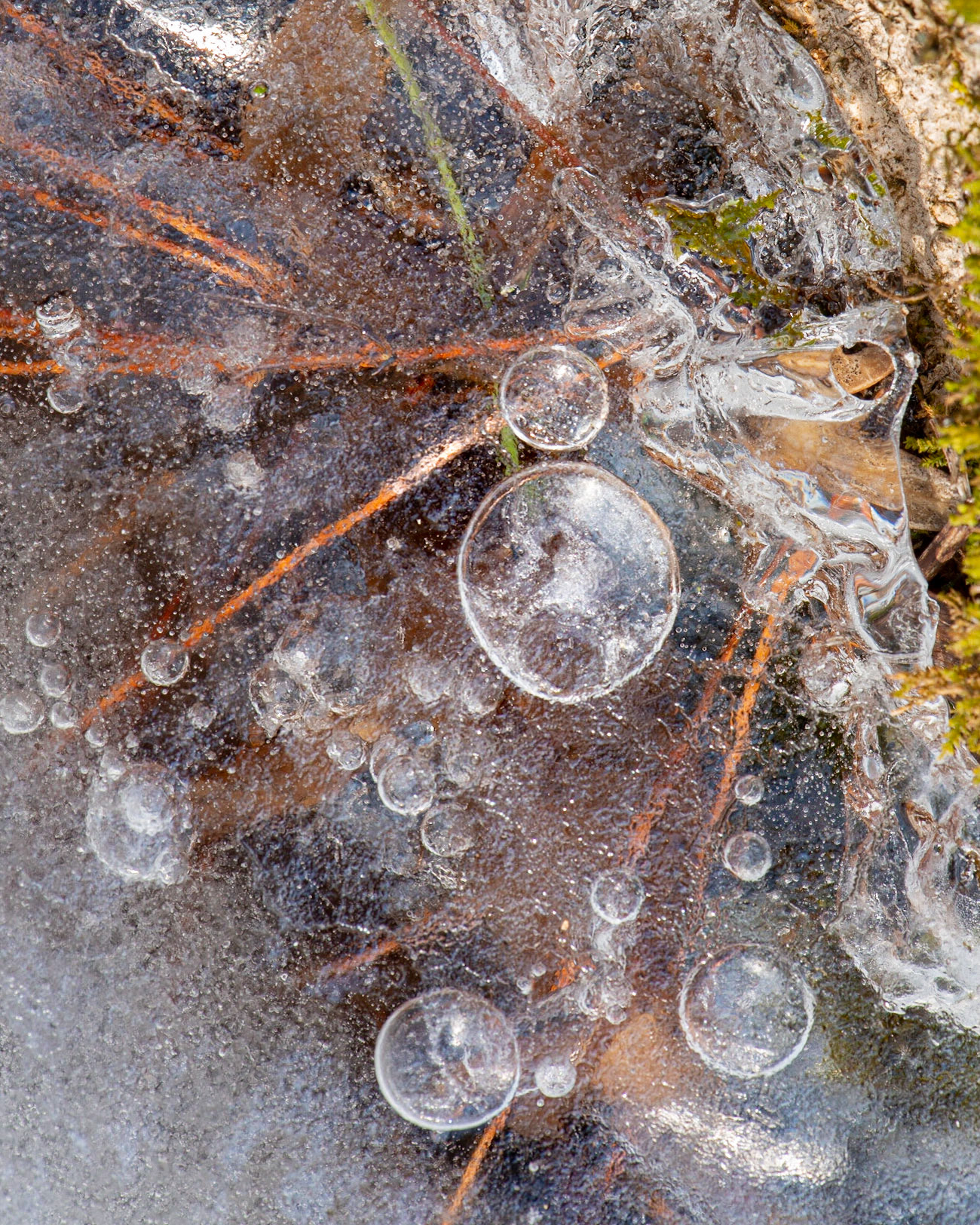 I thought these frozen bubbles formed an interesting pattern. There is a juxtaposition of the circles of the bubbles and the lines formed by the twigs embedded in the ice. 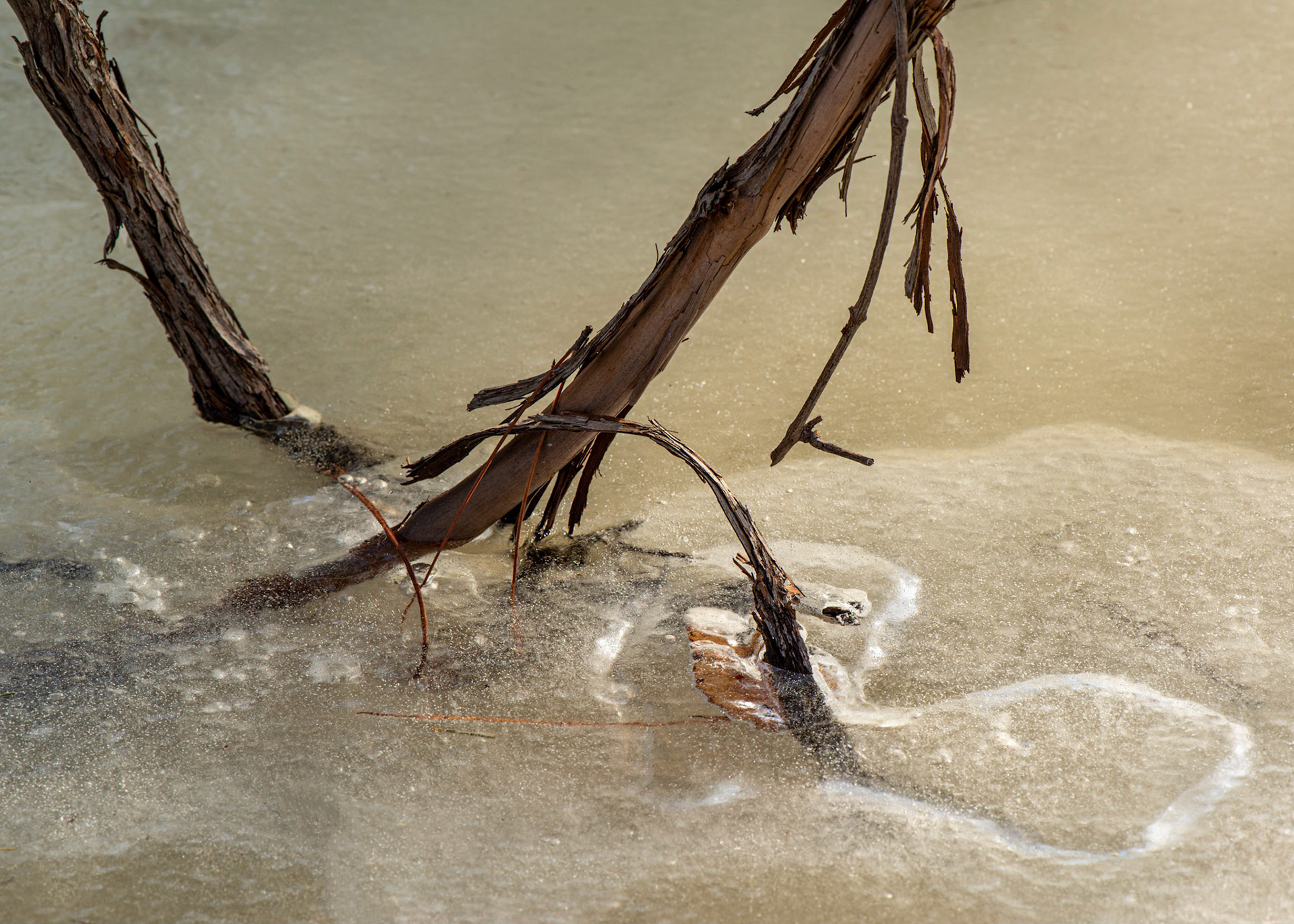 The flowing lines formed by the branches and the ice attracted me to this shot. I particularly like how the curve of one branch seems to continue as a loop in the ice. 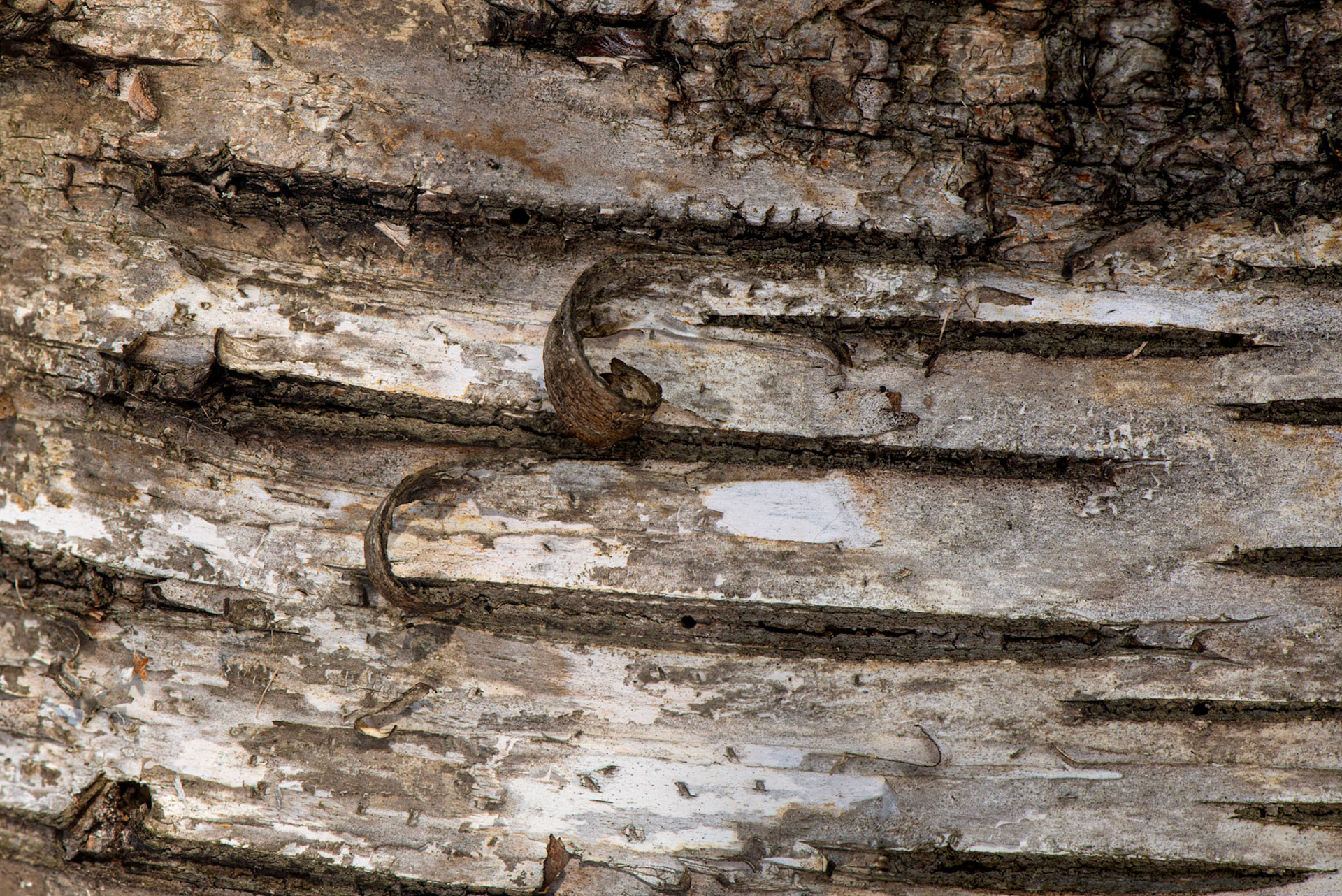 I took several shots of bark. In this case the two curls break the pattern of the horizontal lines in the bark and draw the eye. 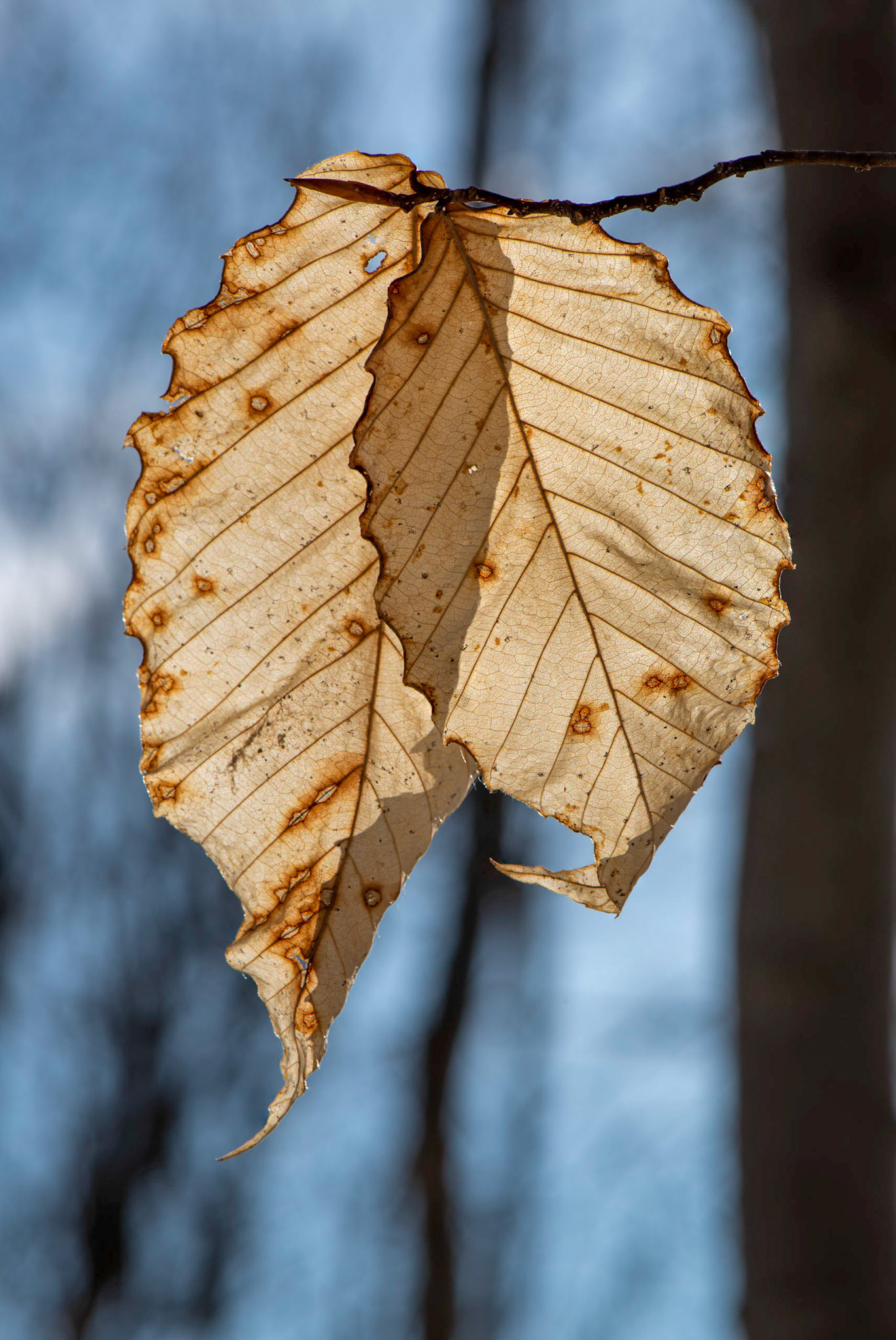 It was tricky to capture this shot because the leaves would move at the slightest breeze. The strong yellow/blue colour contrast gives this shot its punch. 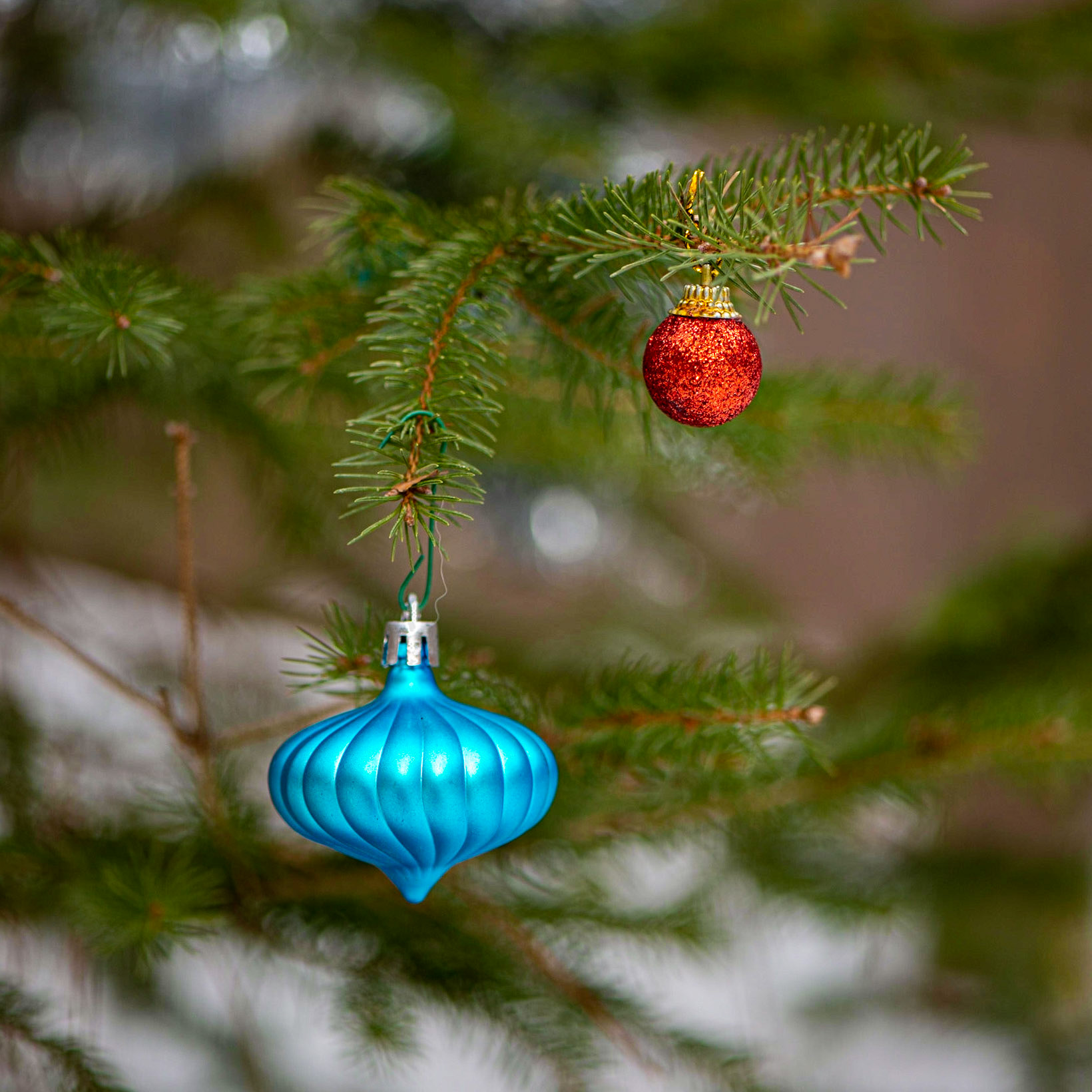 This was an exciting find - someone had decorated one of the trees on the Alf Campbell trail. I took many shots of the decorations of which this is my favourite. 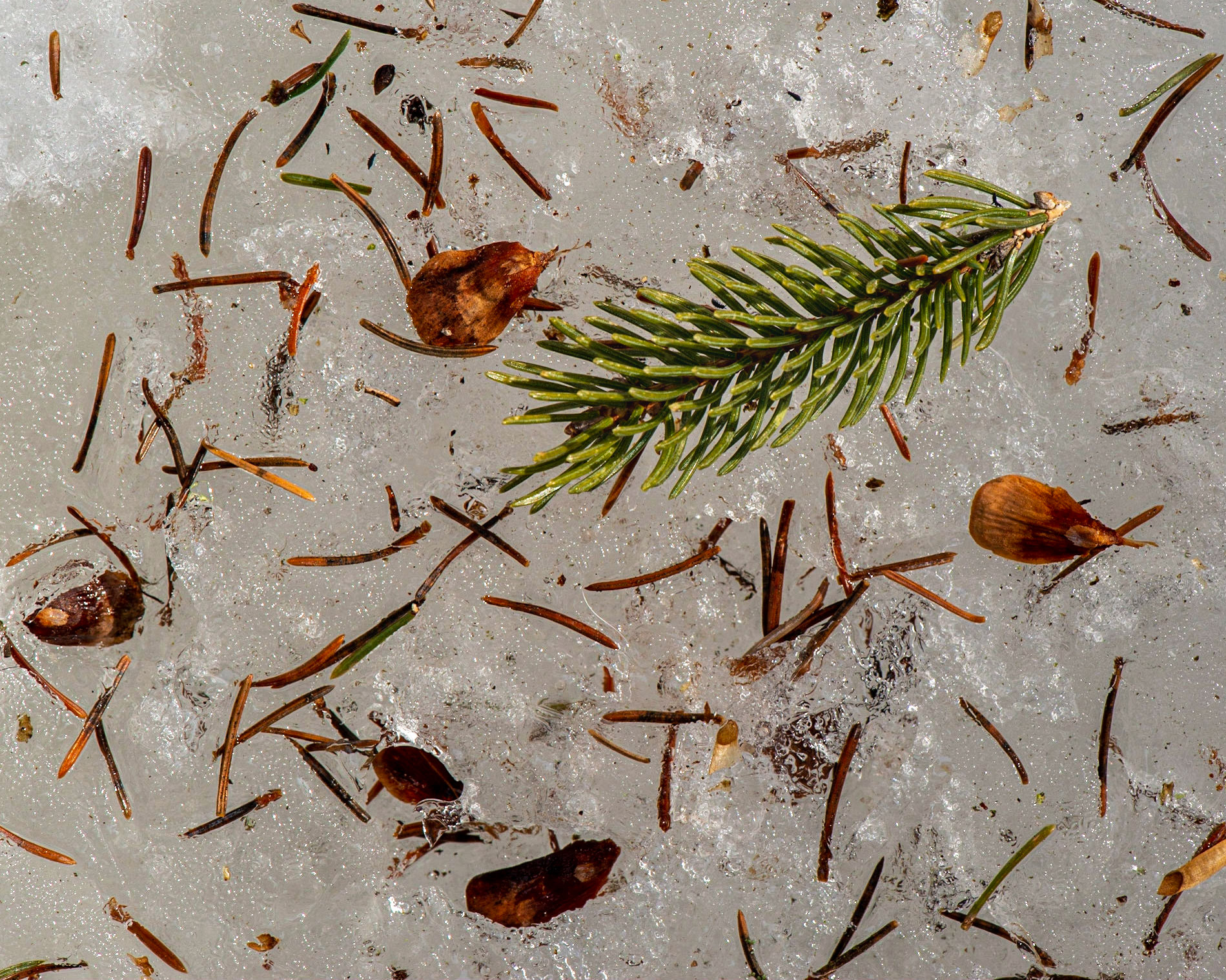 I found this walking along the Old Homestead Trail. The sun lit patches of the icy trail and the detritus formed interesting patterns. 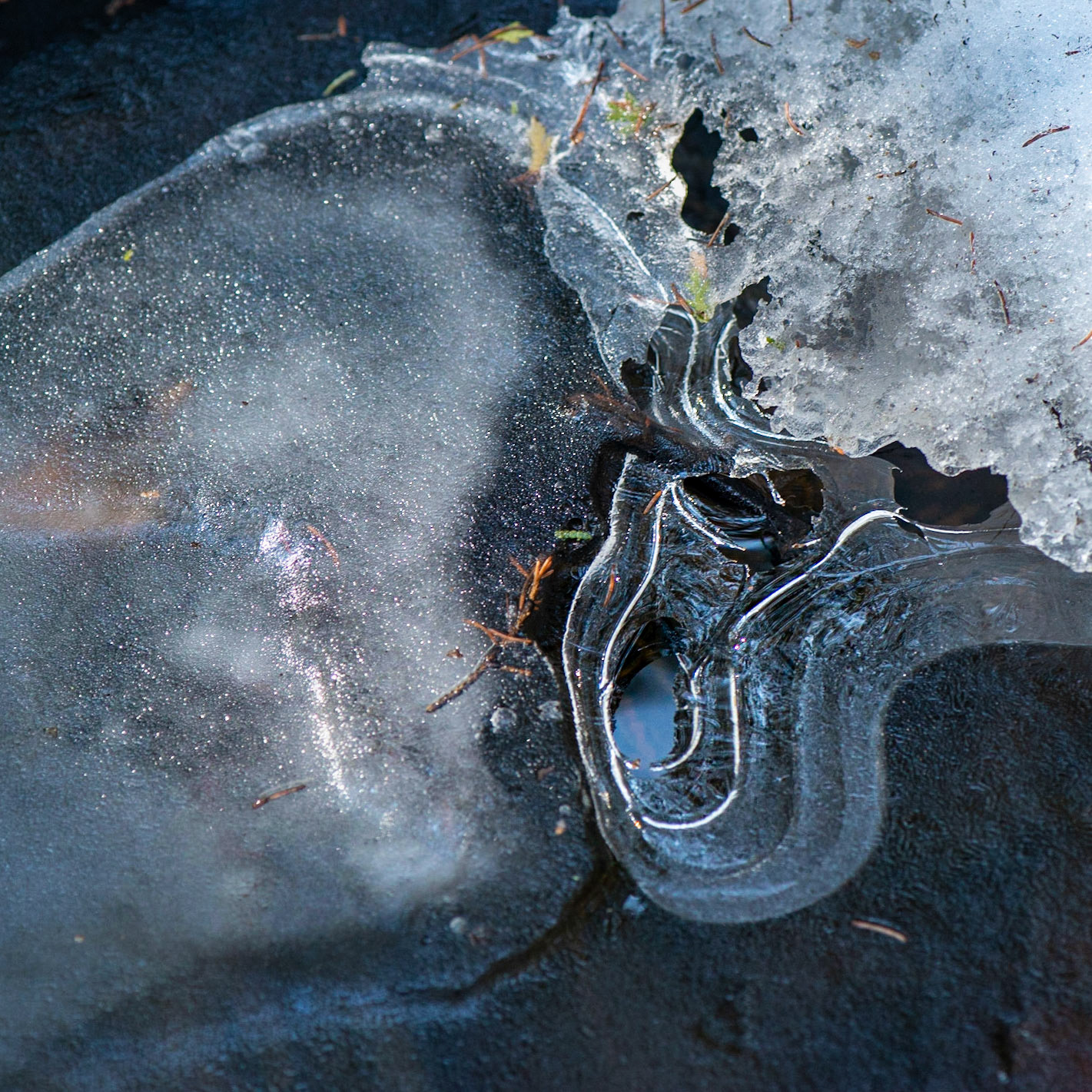 There is a creek that intersects the Jack Henry Envirothon Trail. I saw this pattern in the ice as I left the trail to explore the creek. 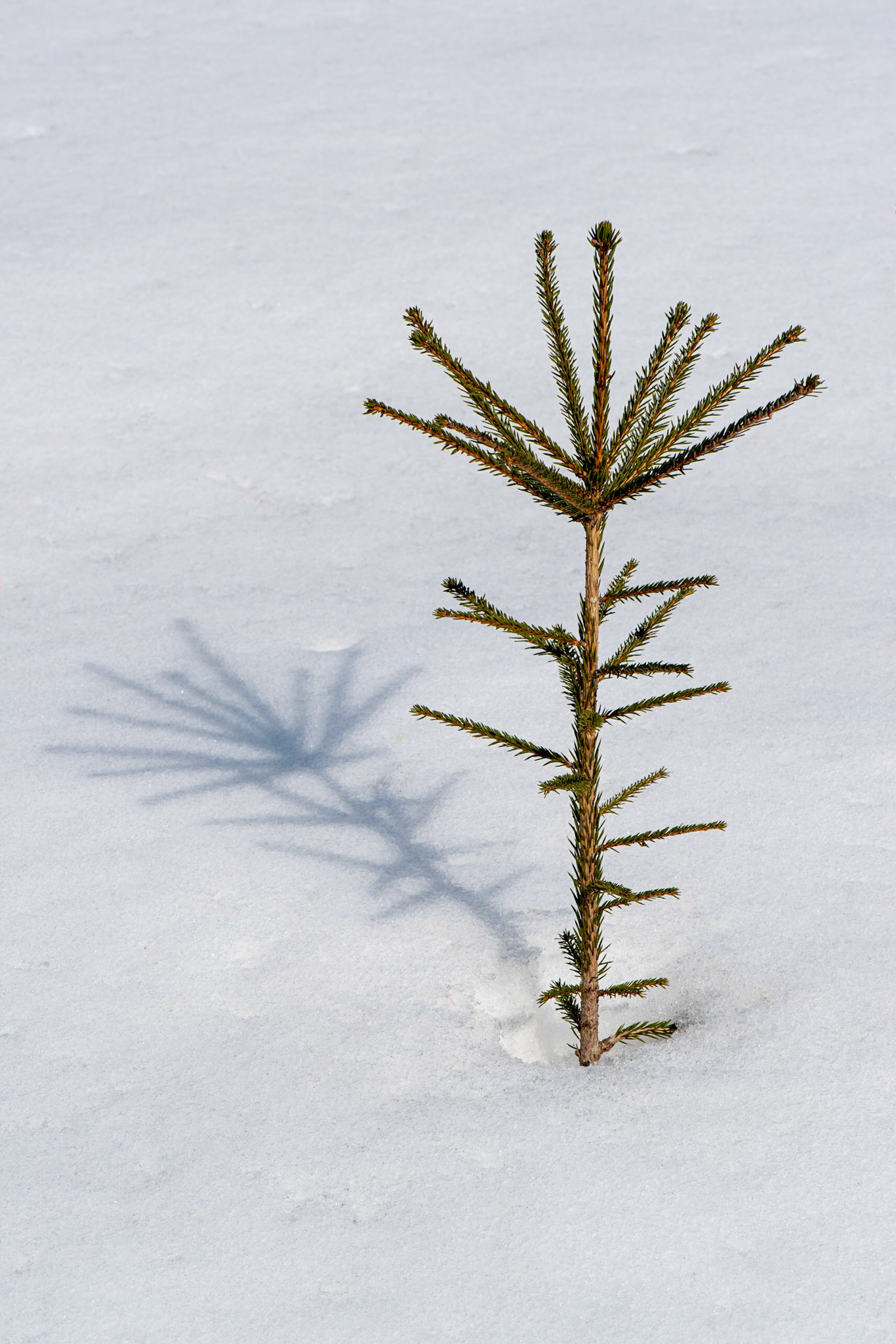 There were several young trees near the temporary parking lot. I framed this shot to capture the tree and its shadow on pristine snow.