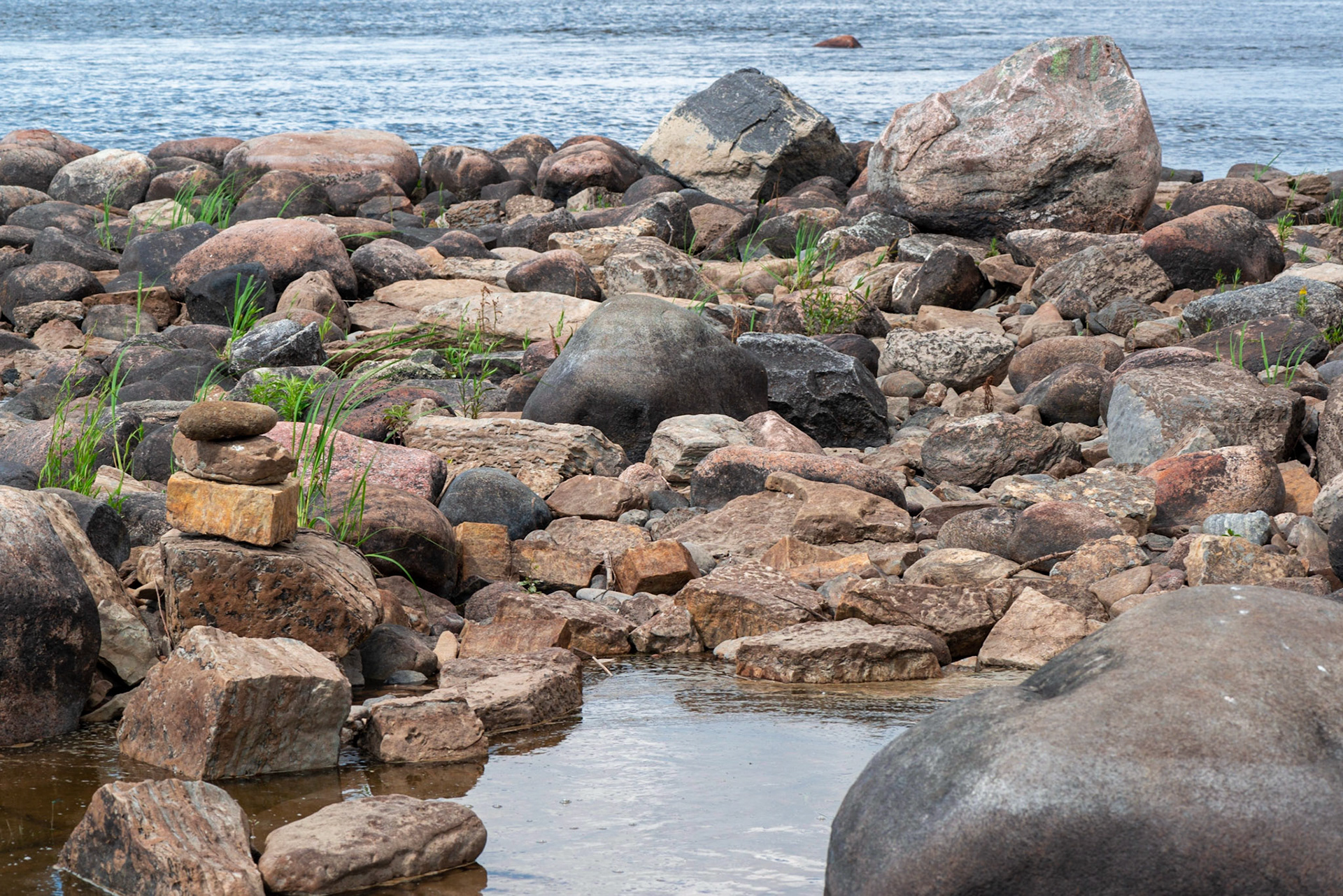 A view from the shoreline. Someone had been playing with the rocks, and I wanted to include that as a point of interest. Likewise, the framing was chosen to include the lone rock in the river. 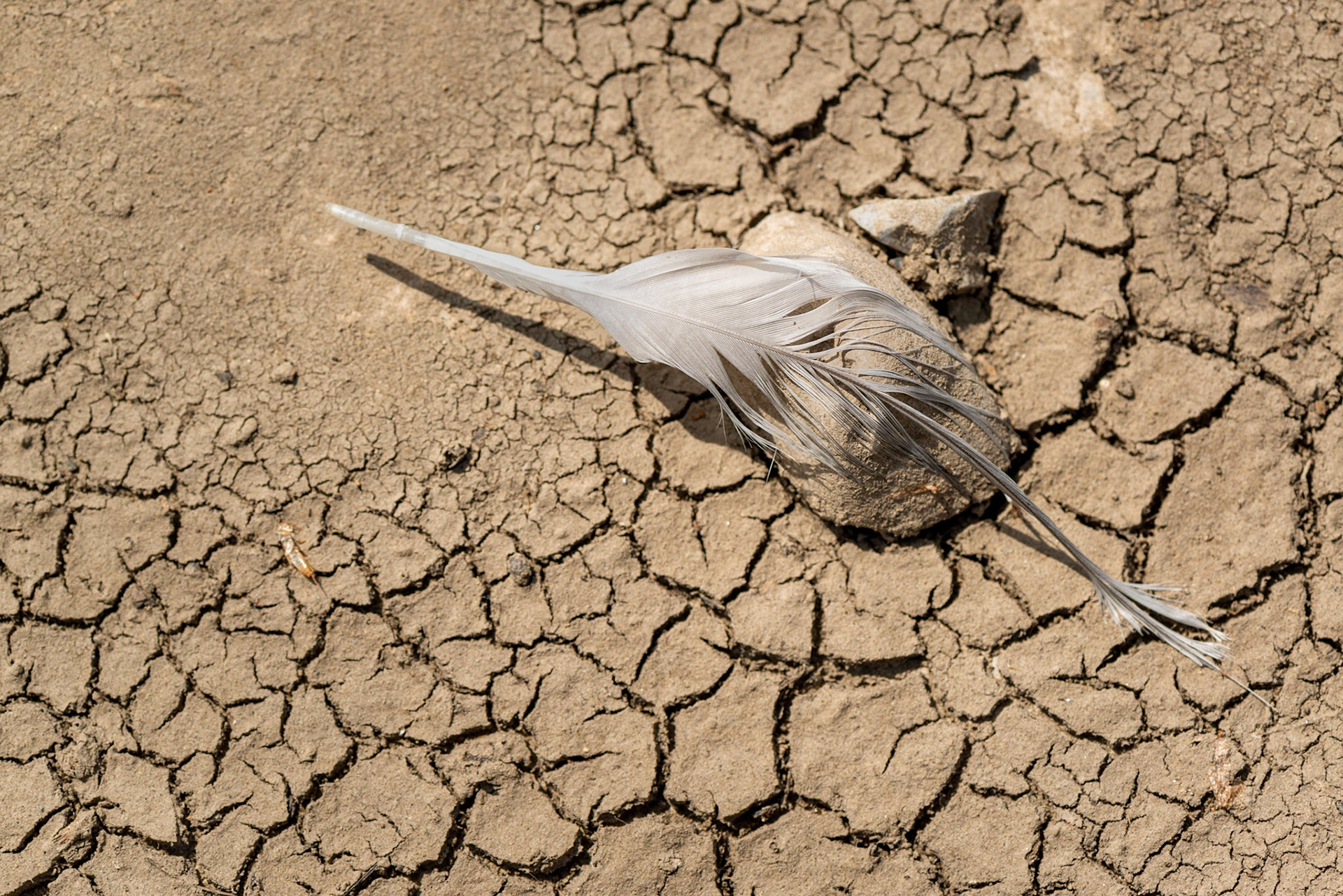 Found objects are fun to photograph. The softness of the feather contrasts well with its surroundings. The feather also seems to point the way outside of the arc of cracks. 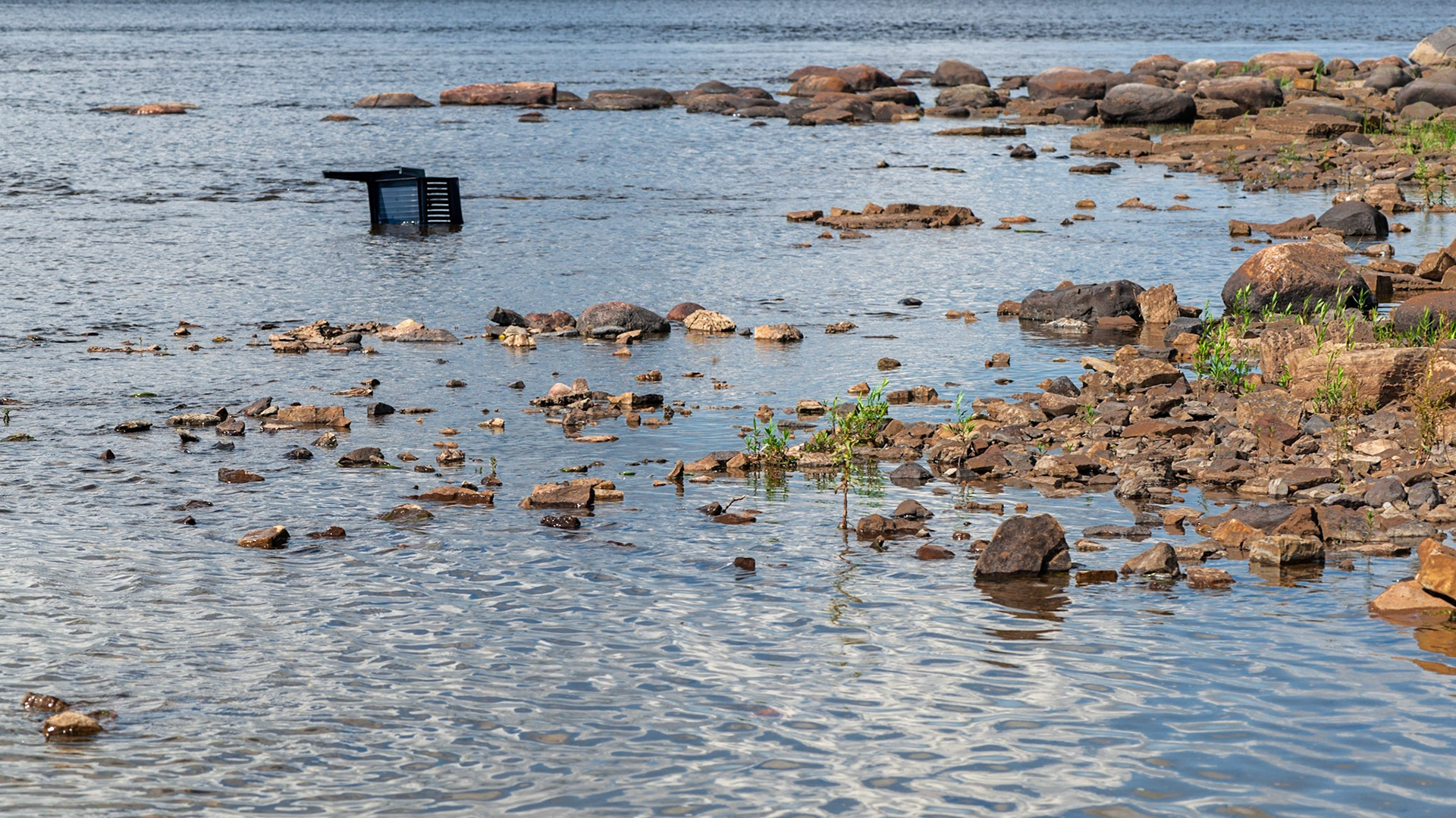 Another found object, most likely tossed there as a prank. I chose the framing to position the chair within the two lines of rocks - a frame within a frame. 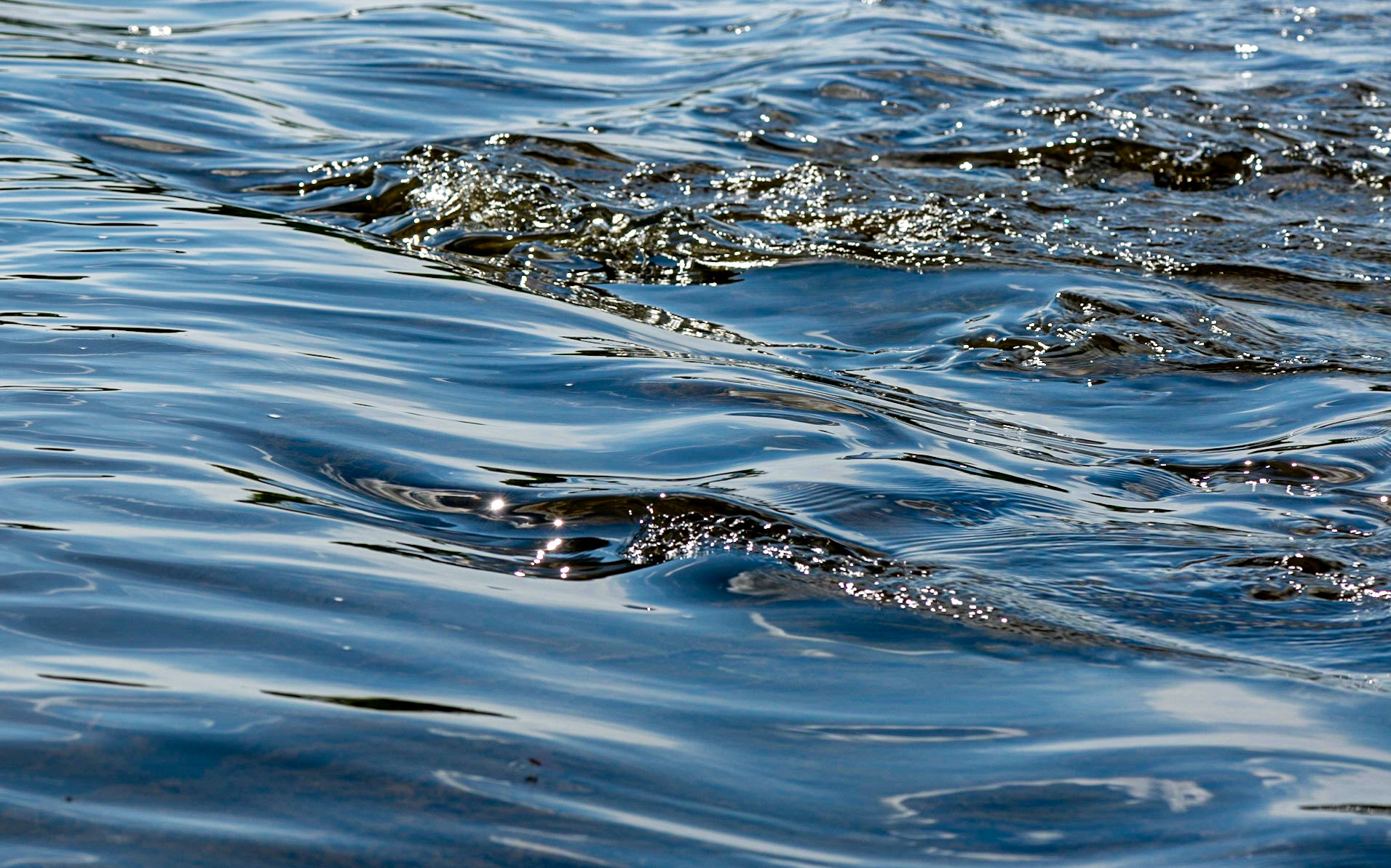 It's only water, but I find the undulating pattern of the flow and sparkles of sunlight beautiful. 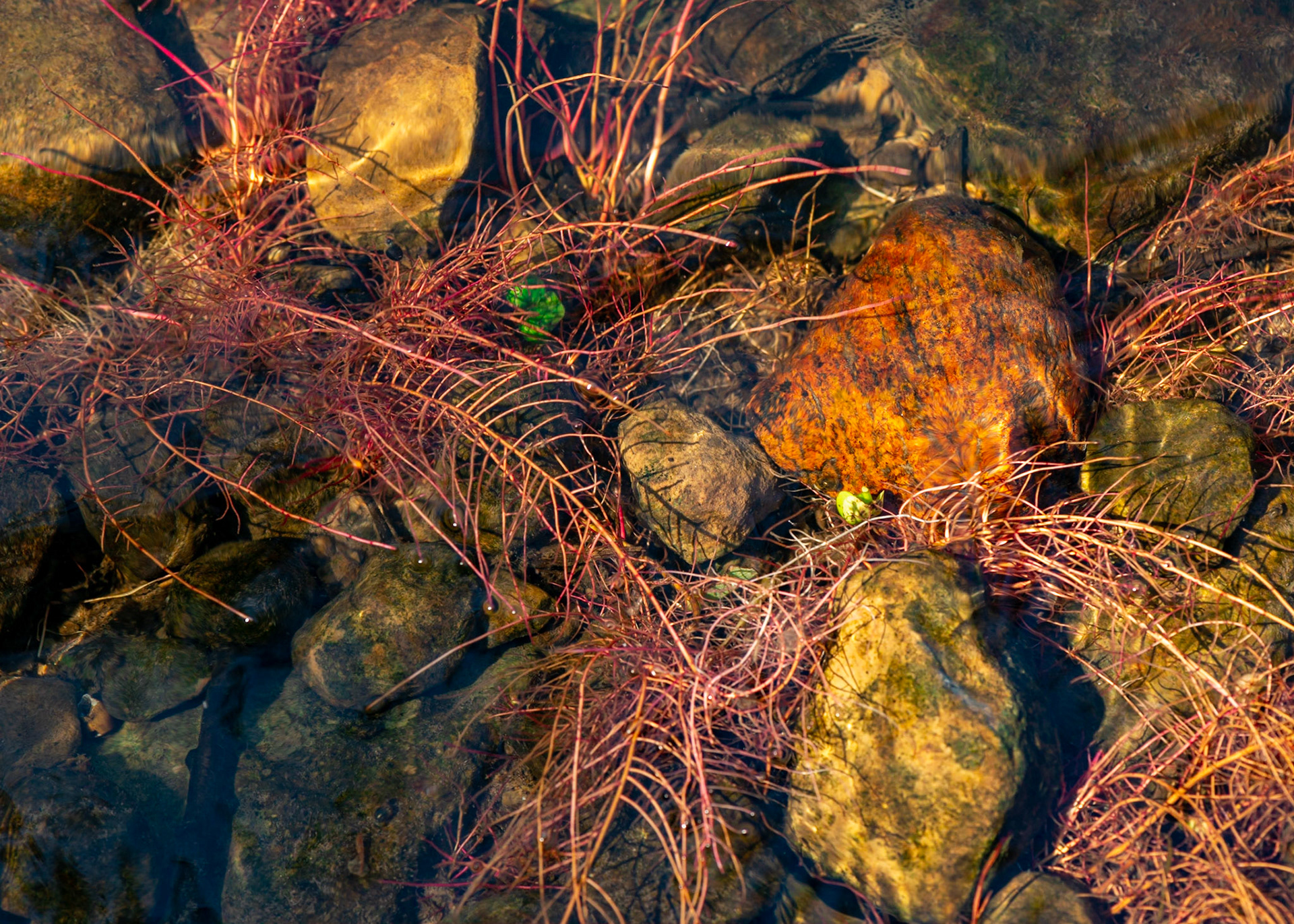 I found a magical place where the sun beautifully lit the riverbed and its red seaweed. The arrangement of the rocks drew me to this shot. 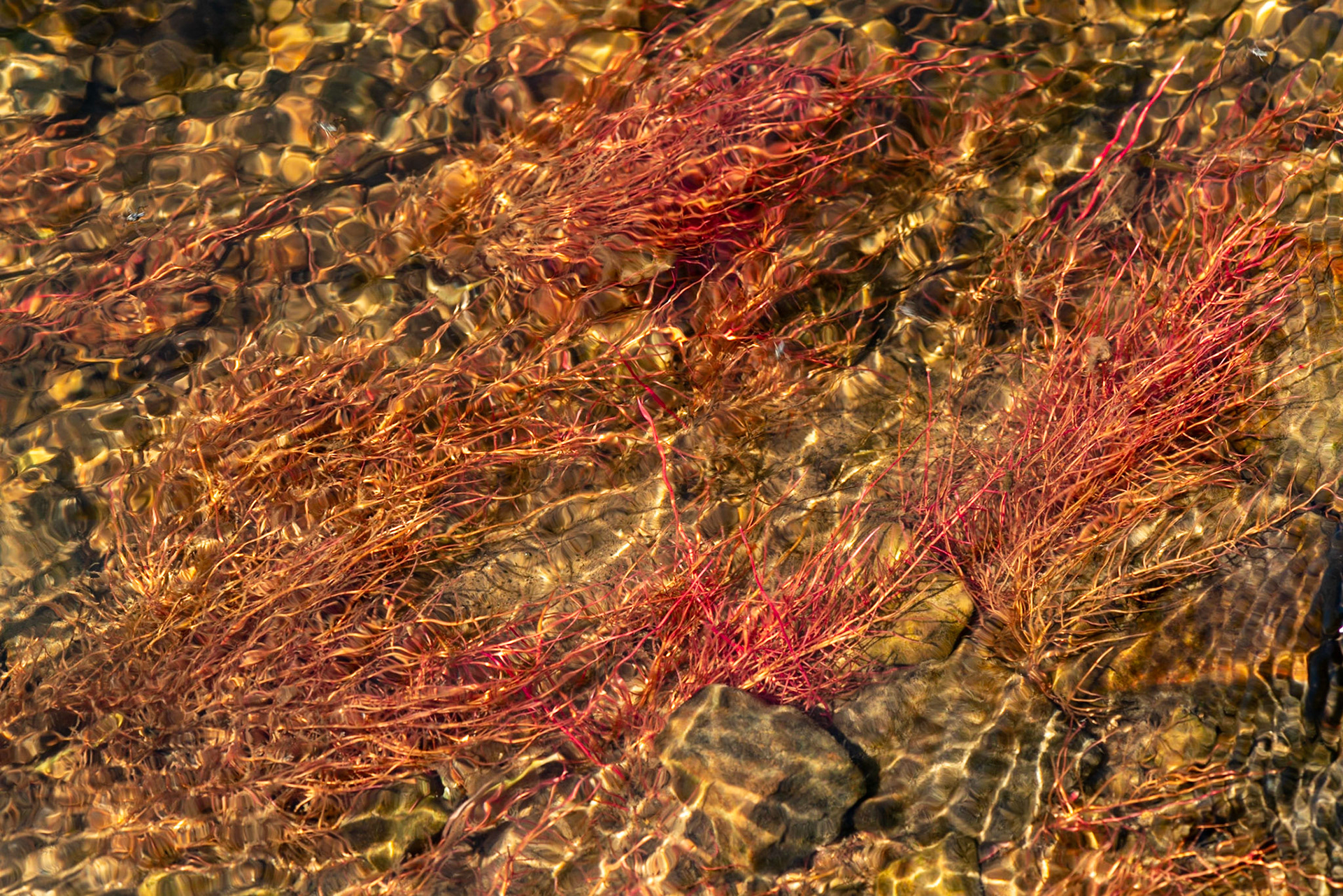 I love the textures in this shot, along with the subtle contrast of red on gold. The diagonal lines also add to the shot. 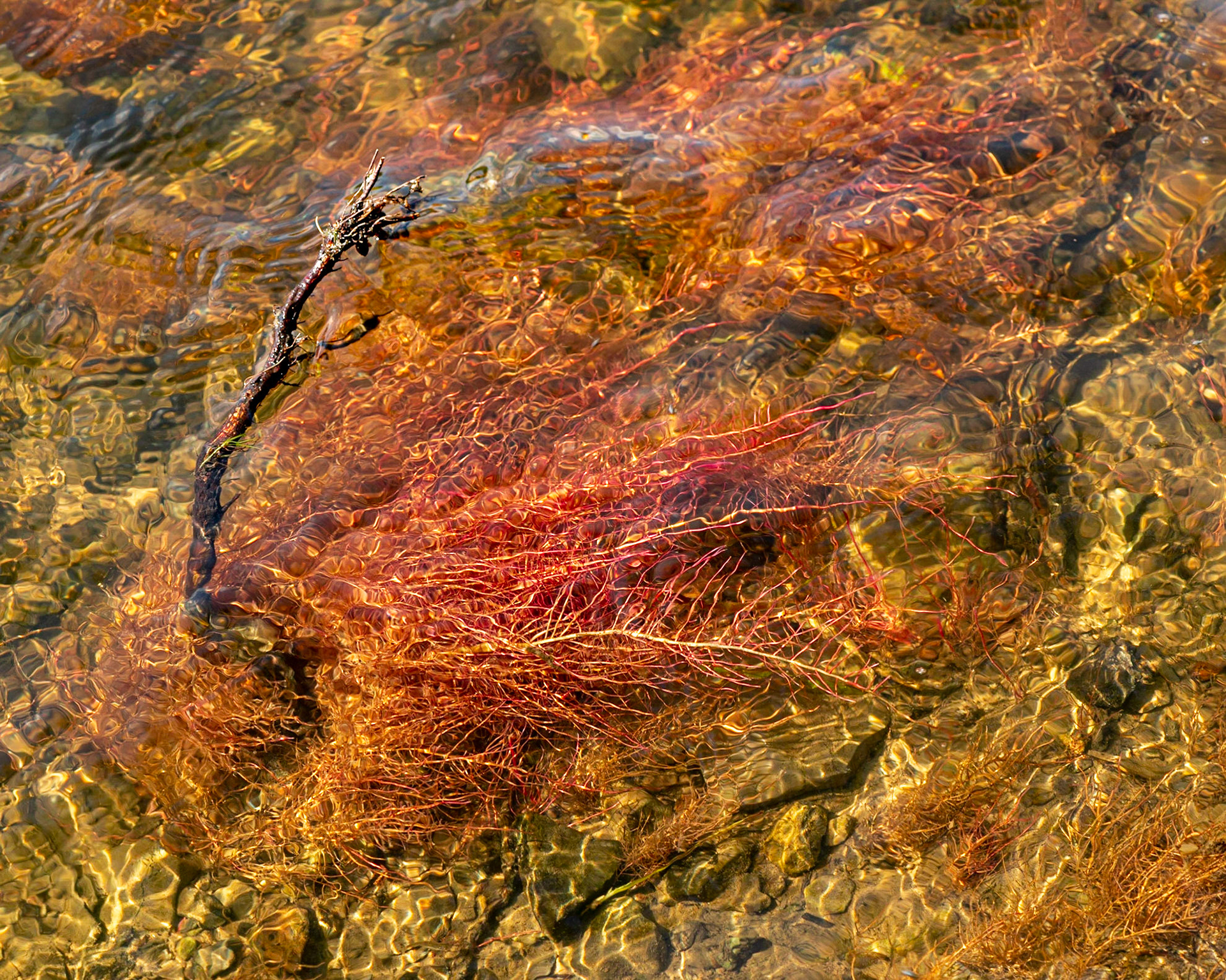 I was shooting without a polarizer, so reflections of the sky are visible. In this case, those reflections add a trail flowing off the branch and contribute to the shot. 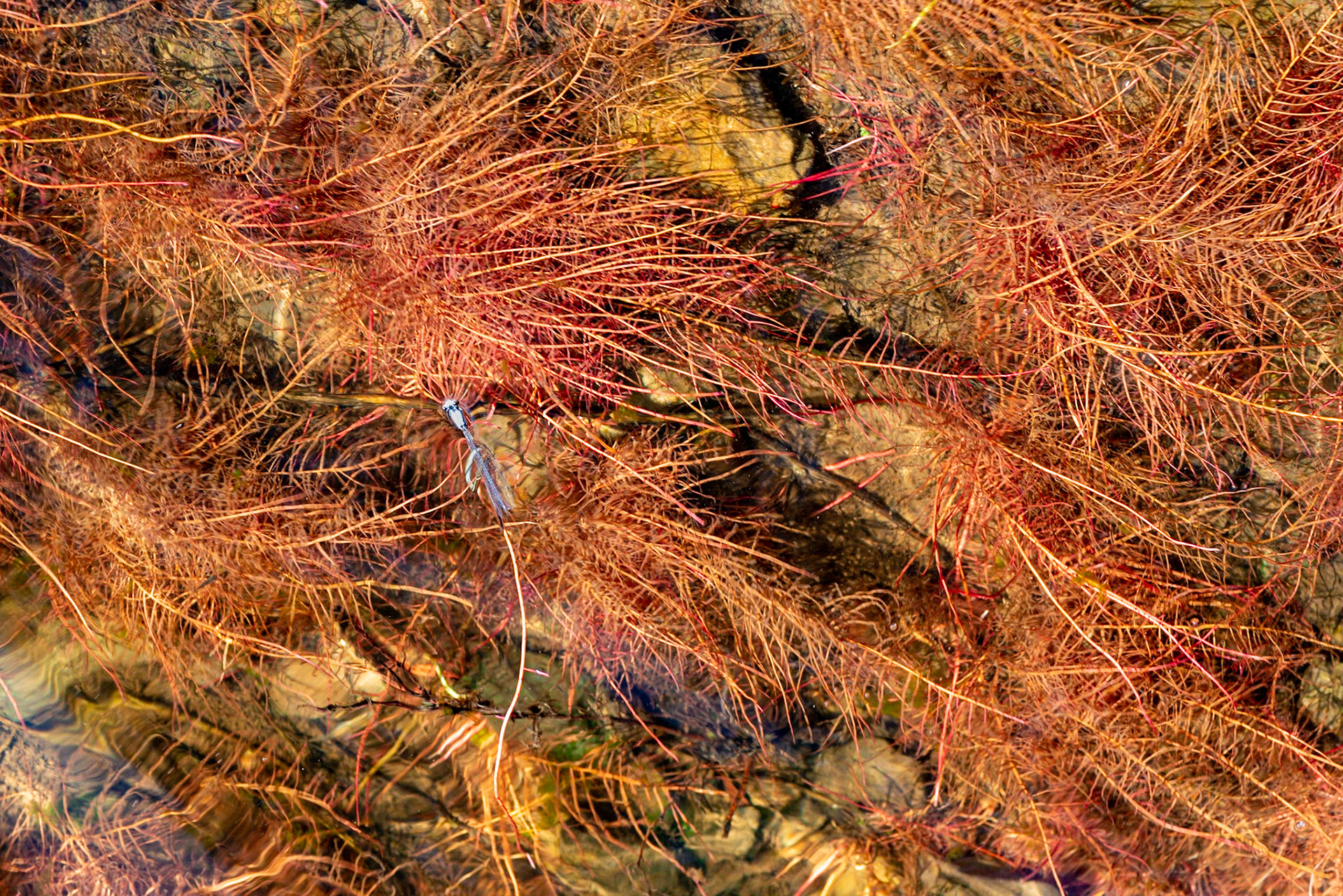 Dragonflies hovered over the water in one area. Here, I've been lucky enough to capture one in alignment with a branch, as if being held there for my shot. 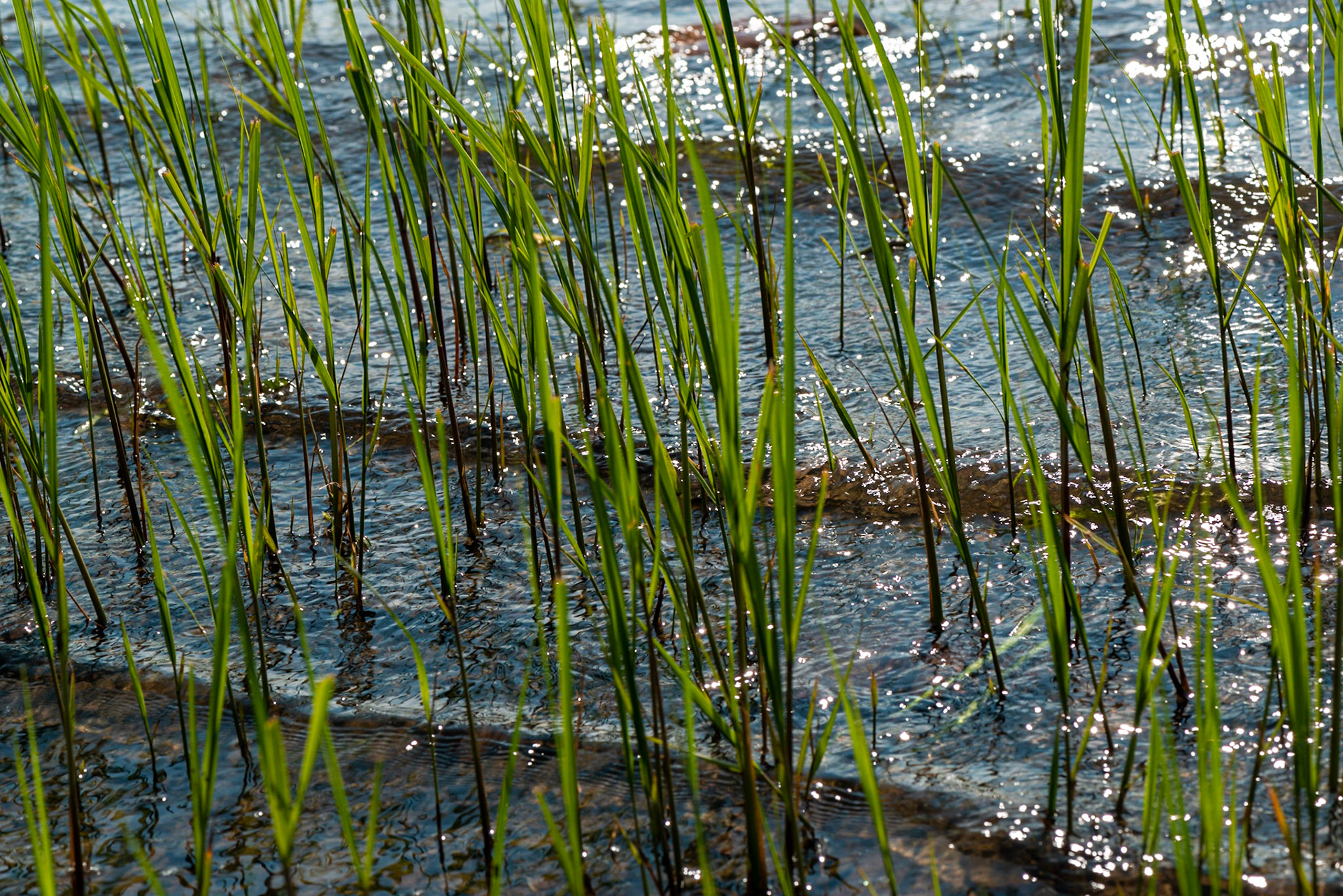 A sandy stretch of the river had reeds growing at the river's edge. I took several shots because I wanted one with the reeds backlit and three crests of waves. 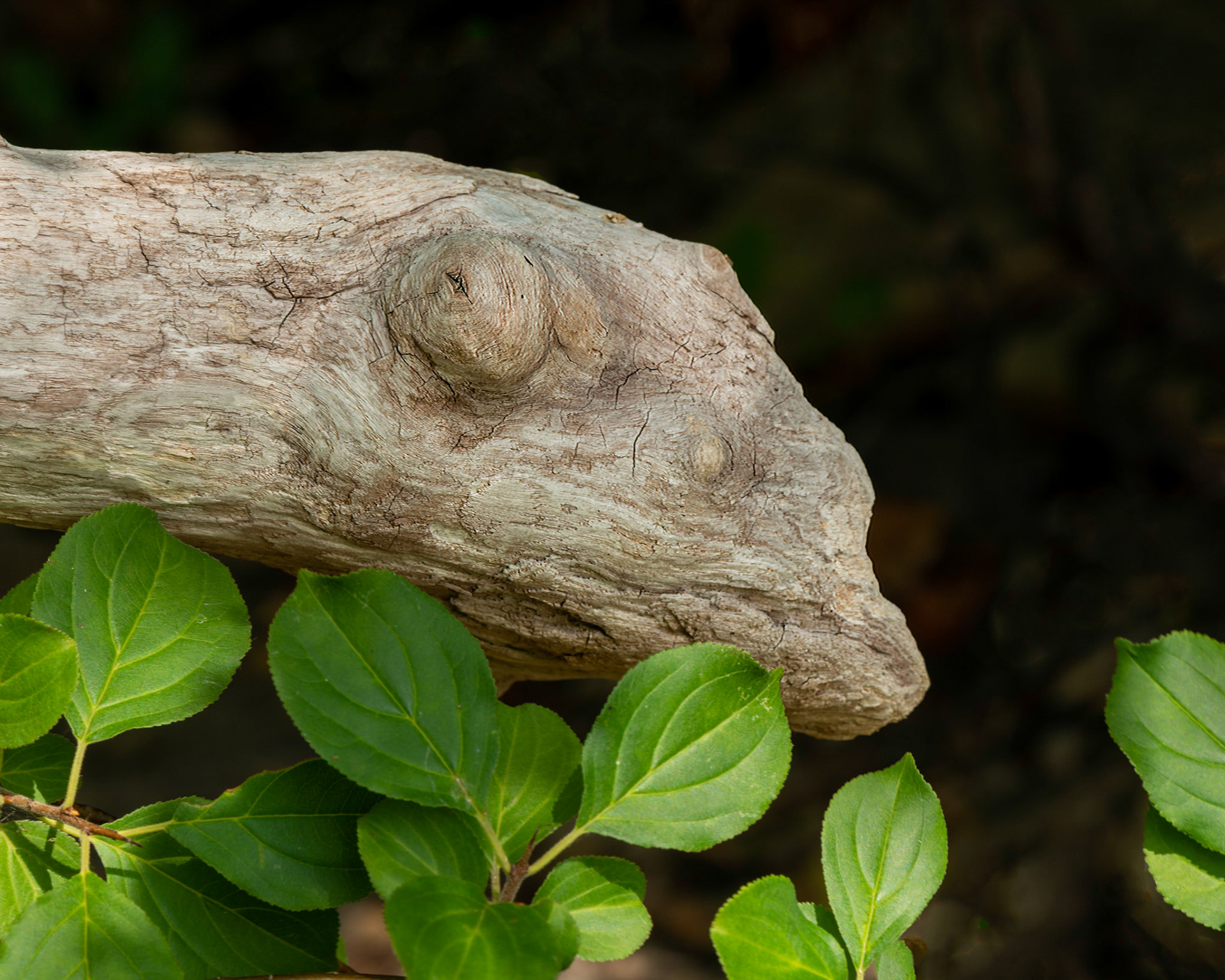 Do you ever have the feeling that you are being watched? As I neared the end of my outing, I turned around to find myself being keenly observed.