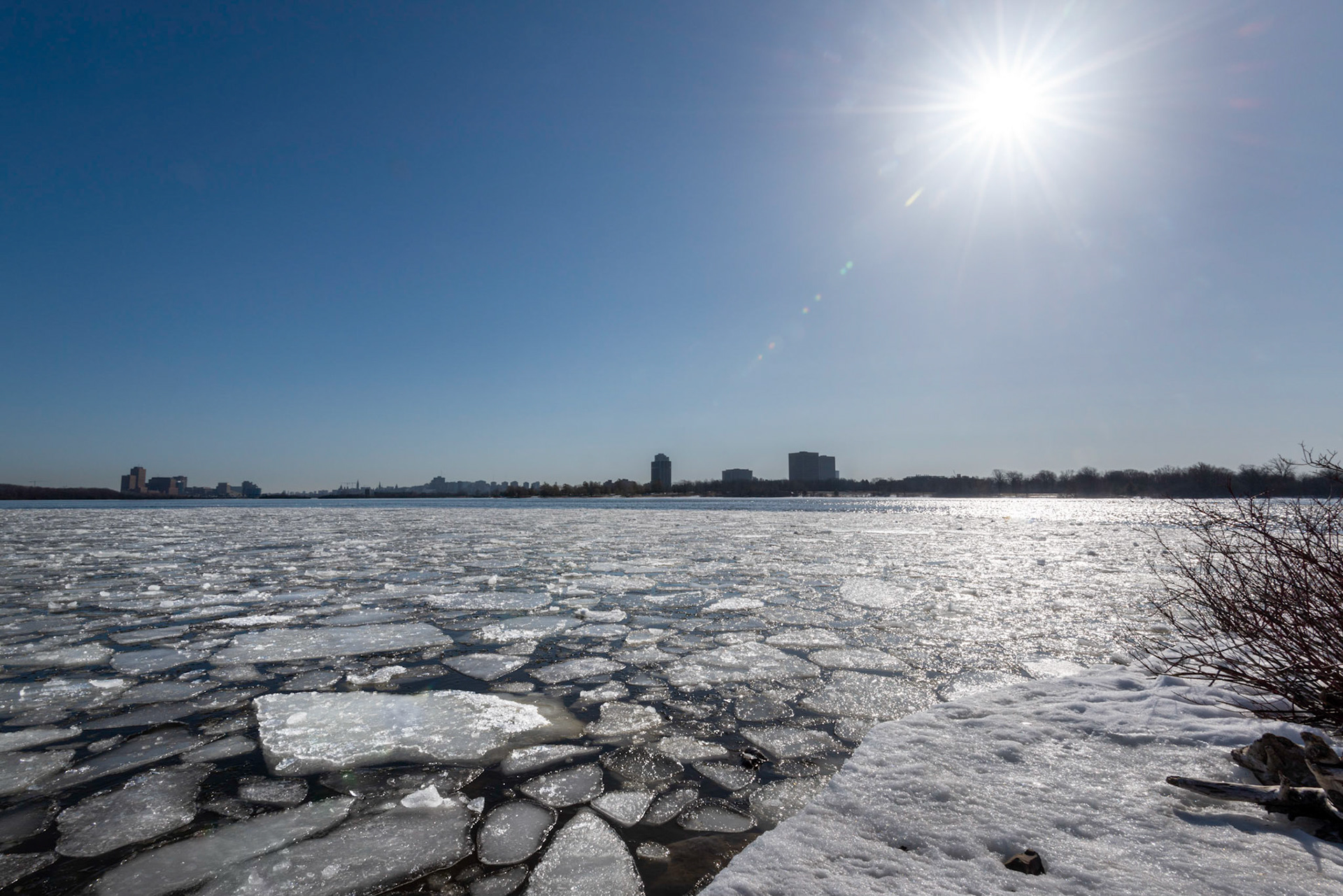 A swath of broken ice was the most interesting feature on the Eastern side of Bate Island. 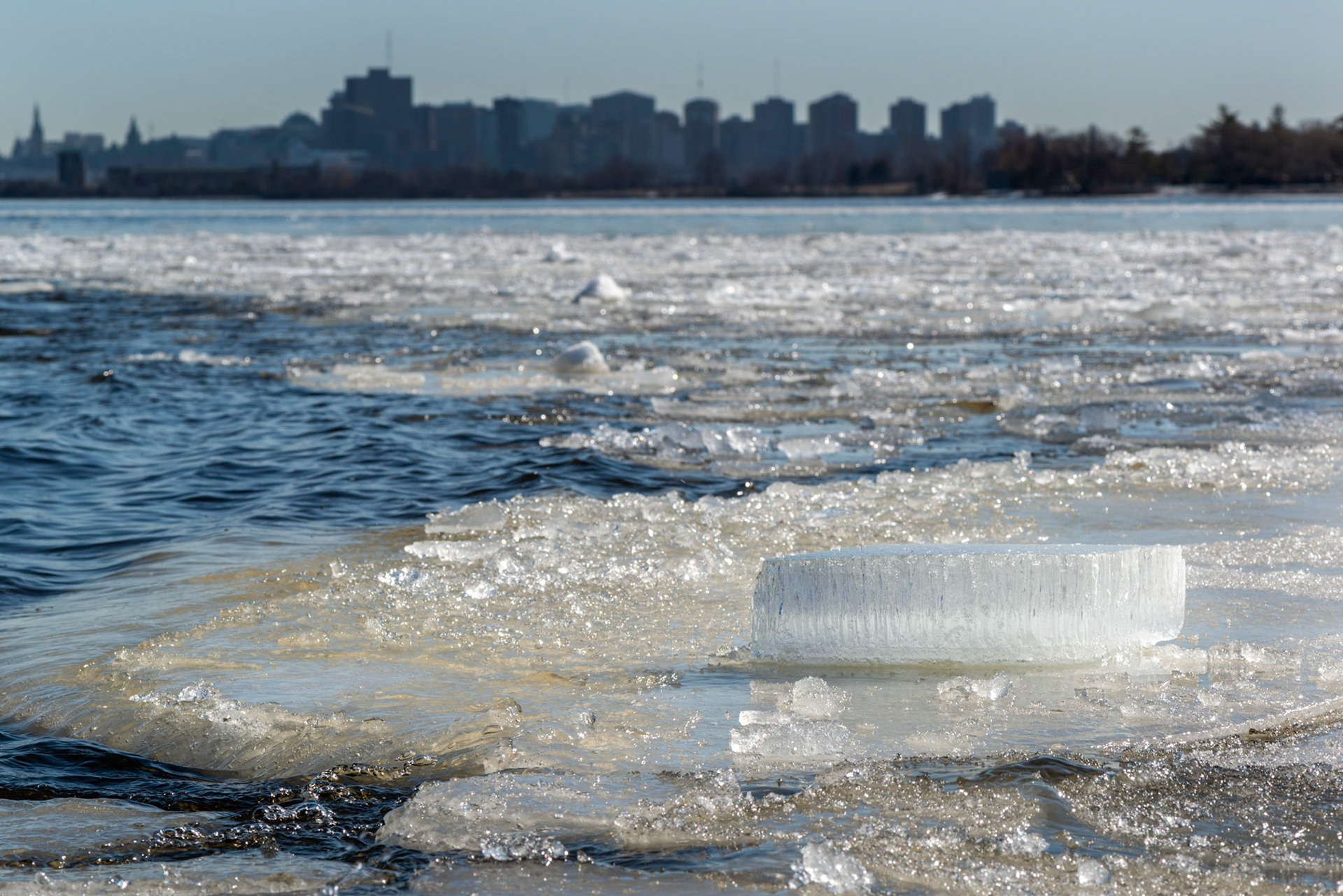 These plates of broken ice must have been colliding and sliding up on each other at some point. At least that's my guess for how this block of ice ended up where it was. 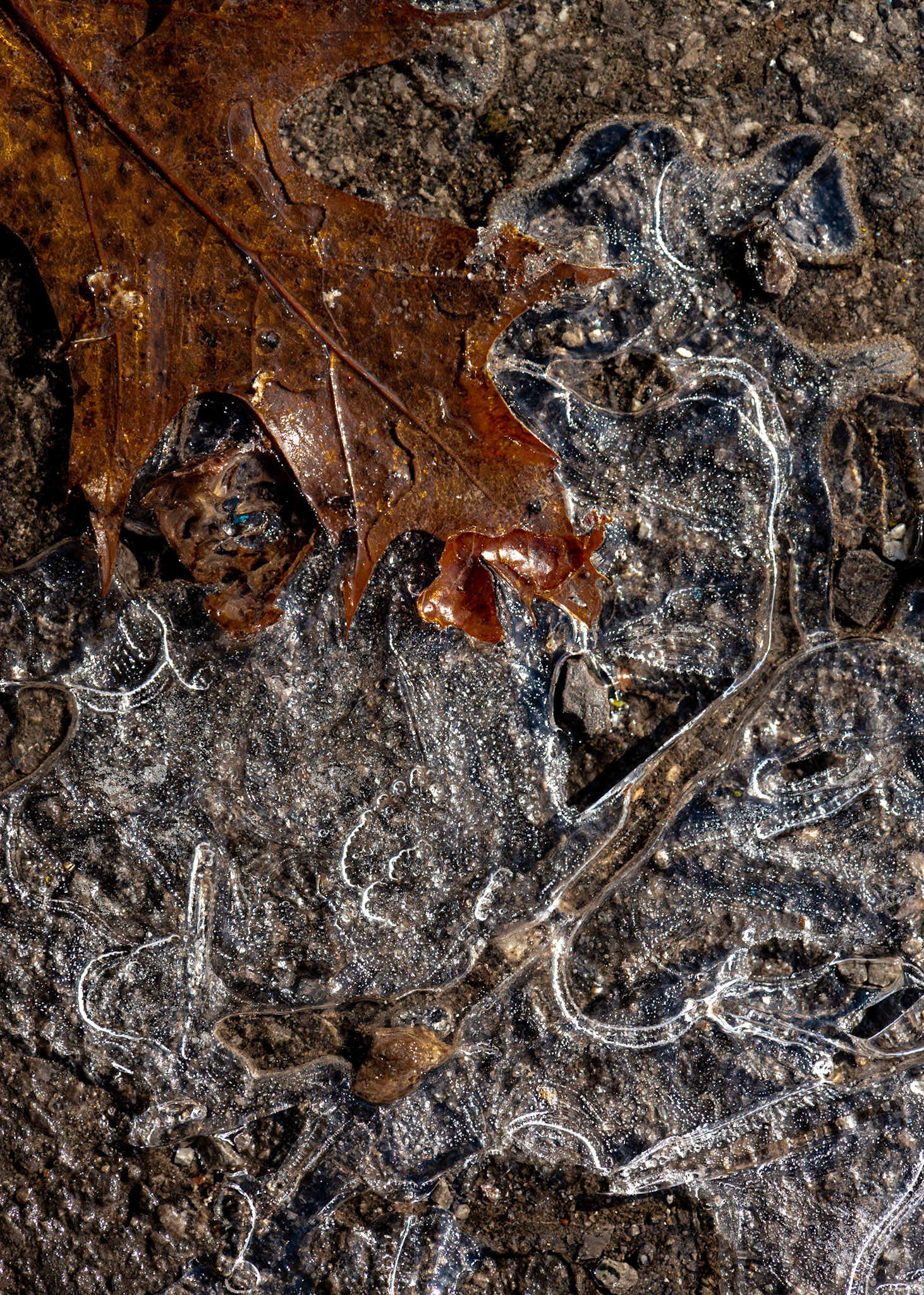 Always pays to look where you're walking. I found these interesting shapes in the parking area. 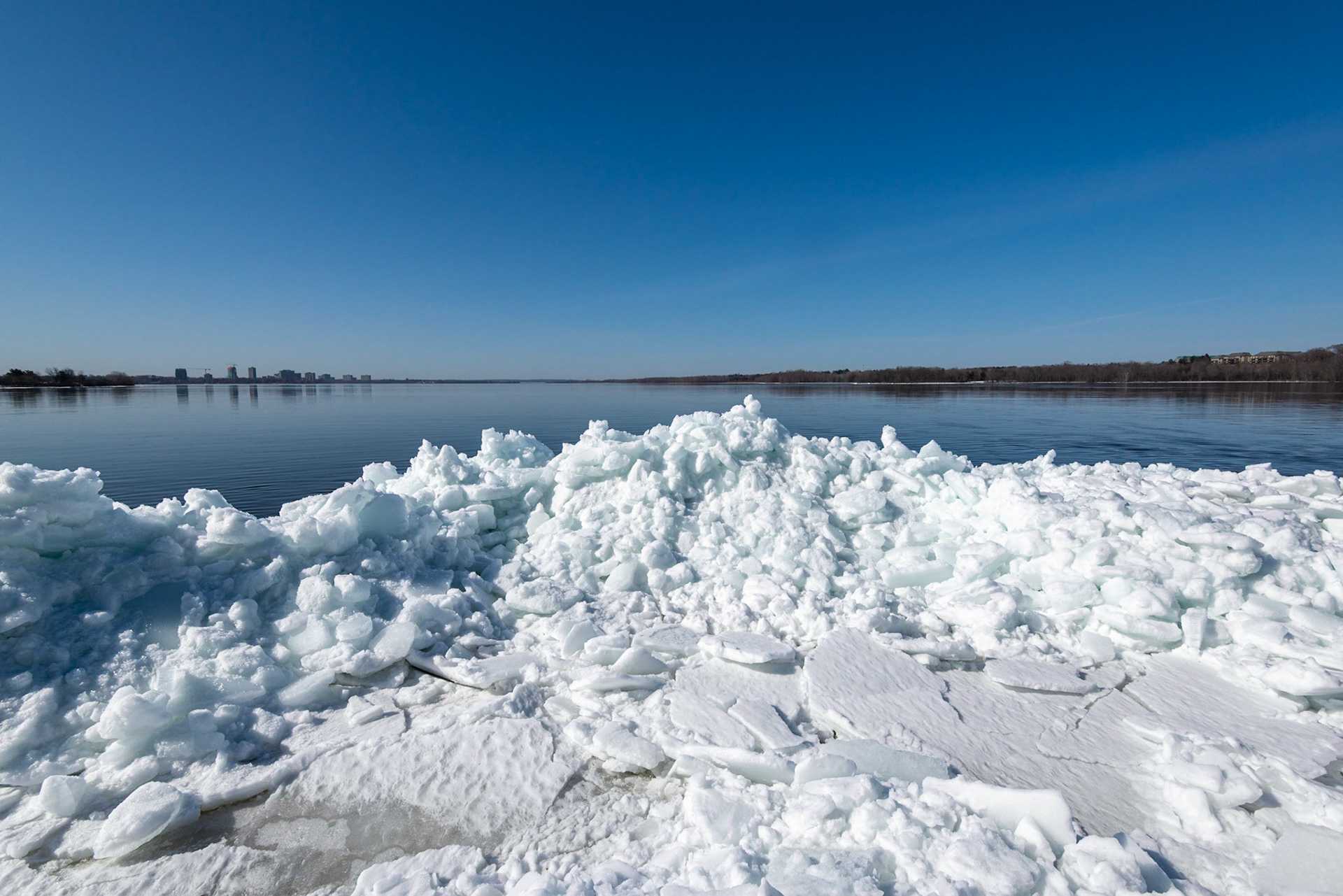 Mounds of snow and ice were the dominant feature on the Western side of Bate Island. 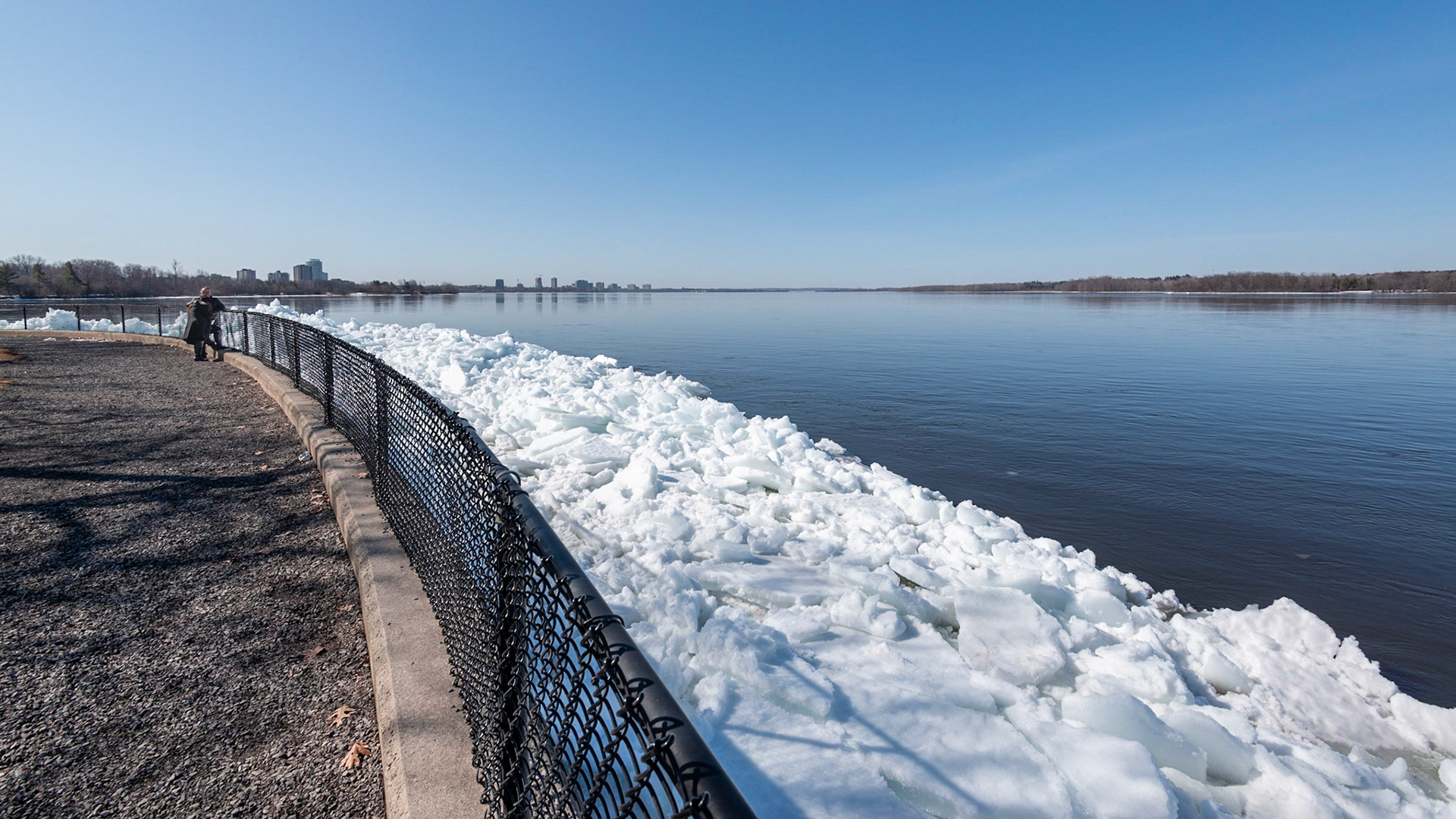 Another shot from the Western side of Bate Island. 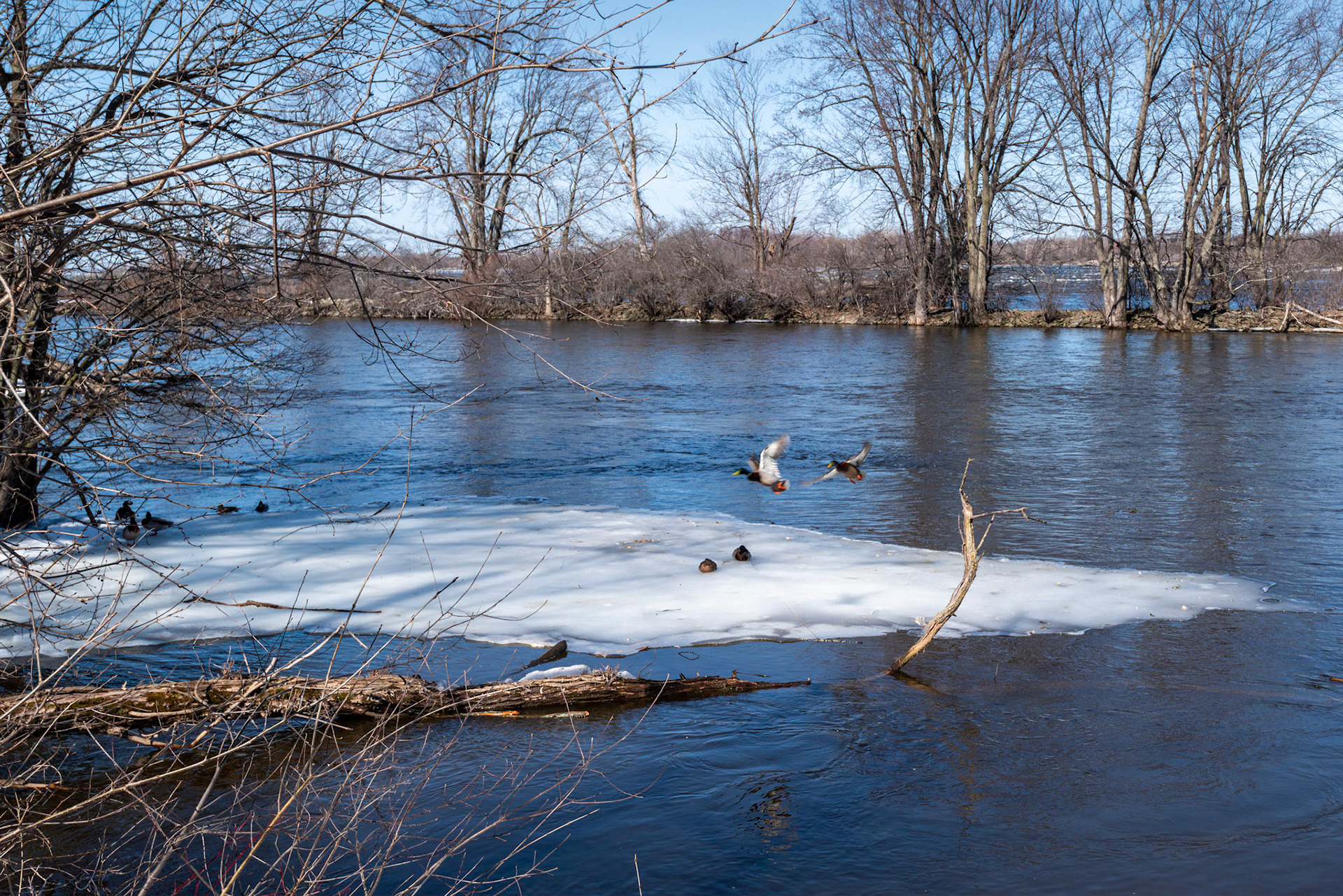 The sheltered area of the Ottawa River near Mud Lake is home to a large population of ducks. 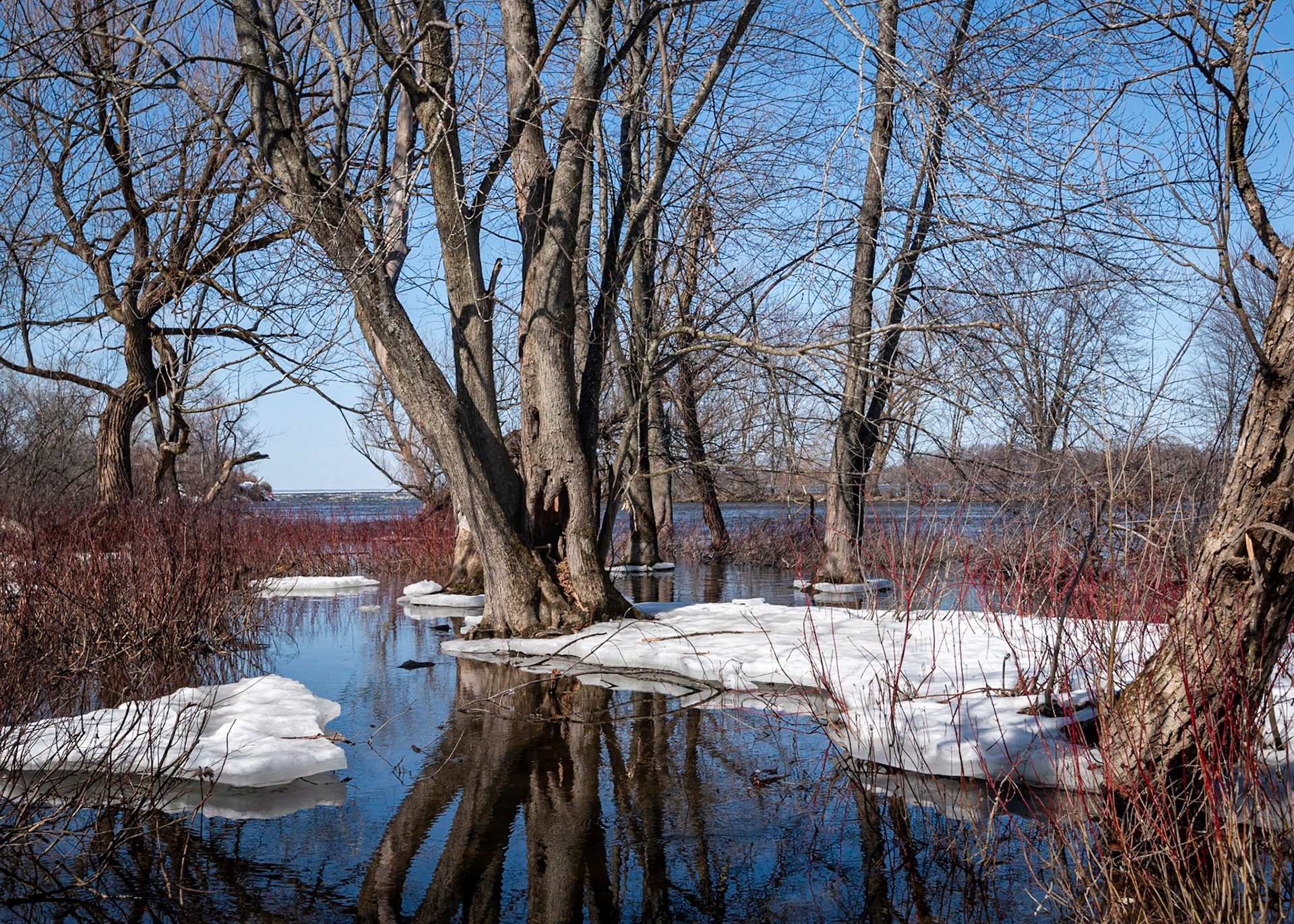 The reflection is what caught my eye and I took several shots from different angles to try to capture it. 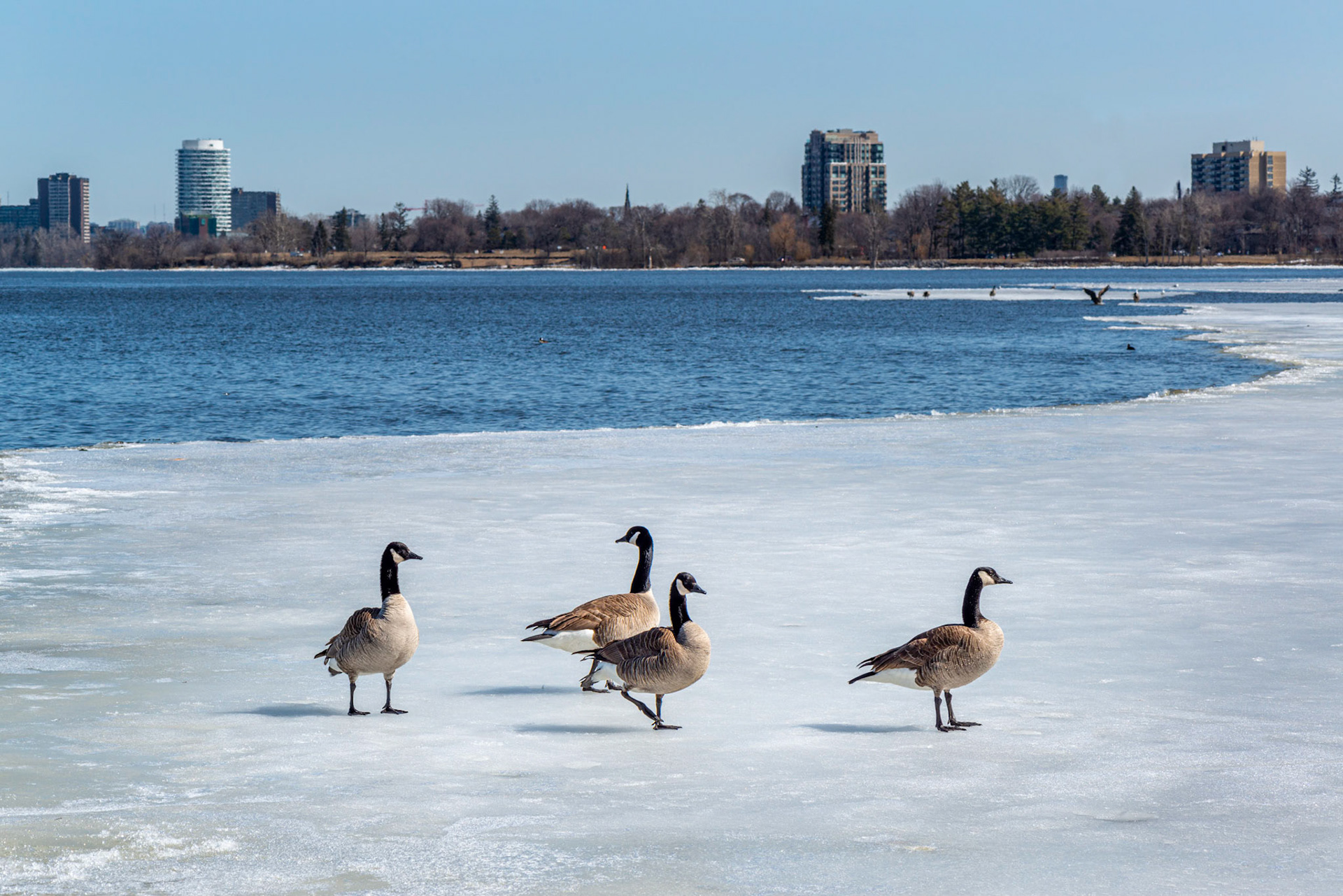 Canada geese seemed to prefer more open areas, such as this group out for a stroll on the ice sheet.